Kungsträdgården metro station sited at a depth of 29.3 meters below sea level and is the deepest station of Stockholm metro. The platform at the station is located at a depth of 34 meters from the ground.

This metro station is built with easily accessible walls that are not covered in concrete, but where the Stockholm granite is exposed.

The persistent artificial light is a unique energy source in these subsurface surroundings and aids the manifestation of microbial communities dependent on photosynthesis with the prime producers being cyanobacteria, quite a lot of species of diatoms along with the bryophyte Eucladium verticillatum, not known from other locations in Stockholm.

The spider Lessertia Demichelis is known to be the top predator, with its only known population in Sweden. Closely associated with the ecosystem are secondary mineral precipitations forming flowstone, coralloids and small stalactites. Calcium carbonates the common mineral found here, but sodium sulfate depositions are also seen.

The ecosystem at Kungsträdgården subway station seems to be more or less self-sufficient, driven by the energy from the fluorescent lamps used for lightening the station, and water from the bedrock. Kungsträdgården subway station is the only known from the Stockholm area and an essential component in the ecosystem. The moss is tufa-forming, and usually grows on limestone; the presence here on a granite wall was thus not expected.

The entrance to the station was initially intended to be in the park Kungsträdgården, but the plans were changed accordingly.

The animals and the moss were determined by experts at the Swedish Museum of Natural History, where voucher specimens are stored. Speleothems and the salt were analysed using Environmental Scanning Electron Microscopy (ESEM) coupled with Energy Dispersive Spectrometry (EDS).

The top-predator in Kungsträdgården subway station has been identified as the small spider Lessertia dentichelis (Kronstedt 1992). It seems to have a viable and stable population on the walls of the platform, mostly found in close association with the moss where the nets and egg sacs can easily be spotted. Due to the small size, it is more challenging to observe adults.

Fungi precipitate calcite directly as a result of their metabolism or if calcite is precipitated indirectly as a response to favorable geochemical conditions in the vicinity of fungi. The species composition of the calcareous slam was not the same as of the brown “algae” mat. The diatoms found in the calcareous slam in some way likely contribute to the making of this specialized habitat. 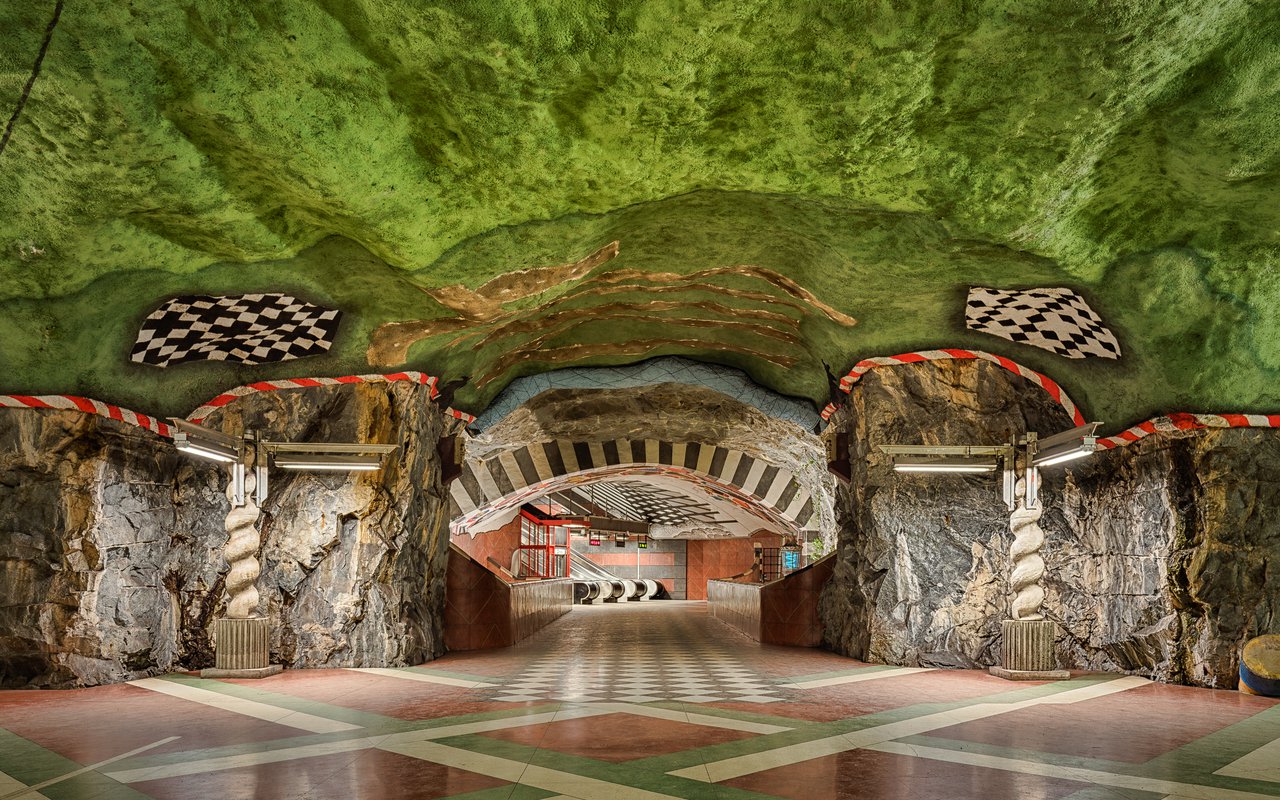 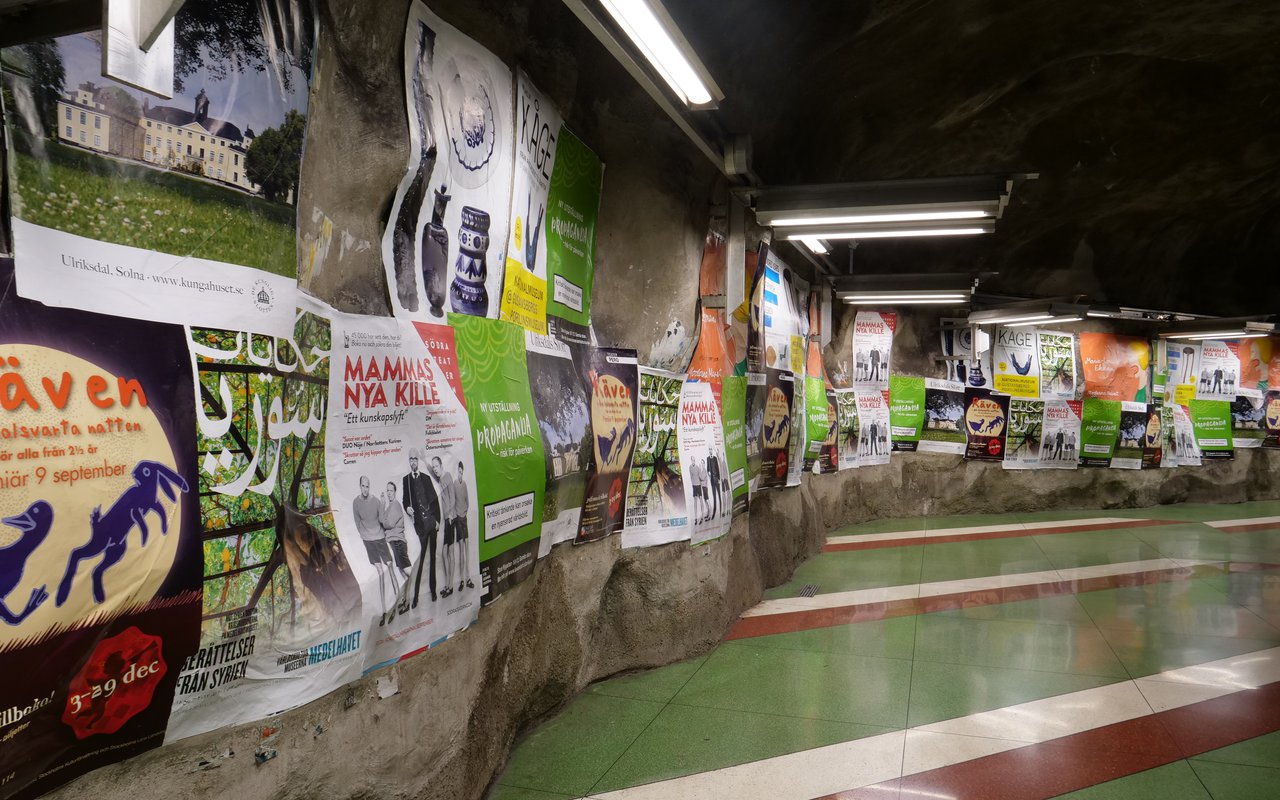 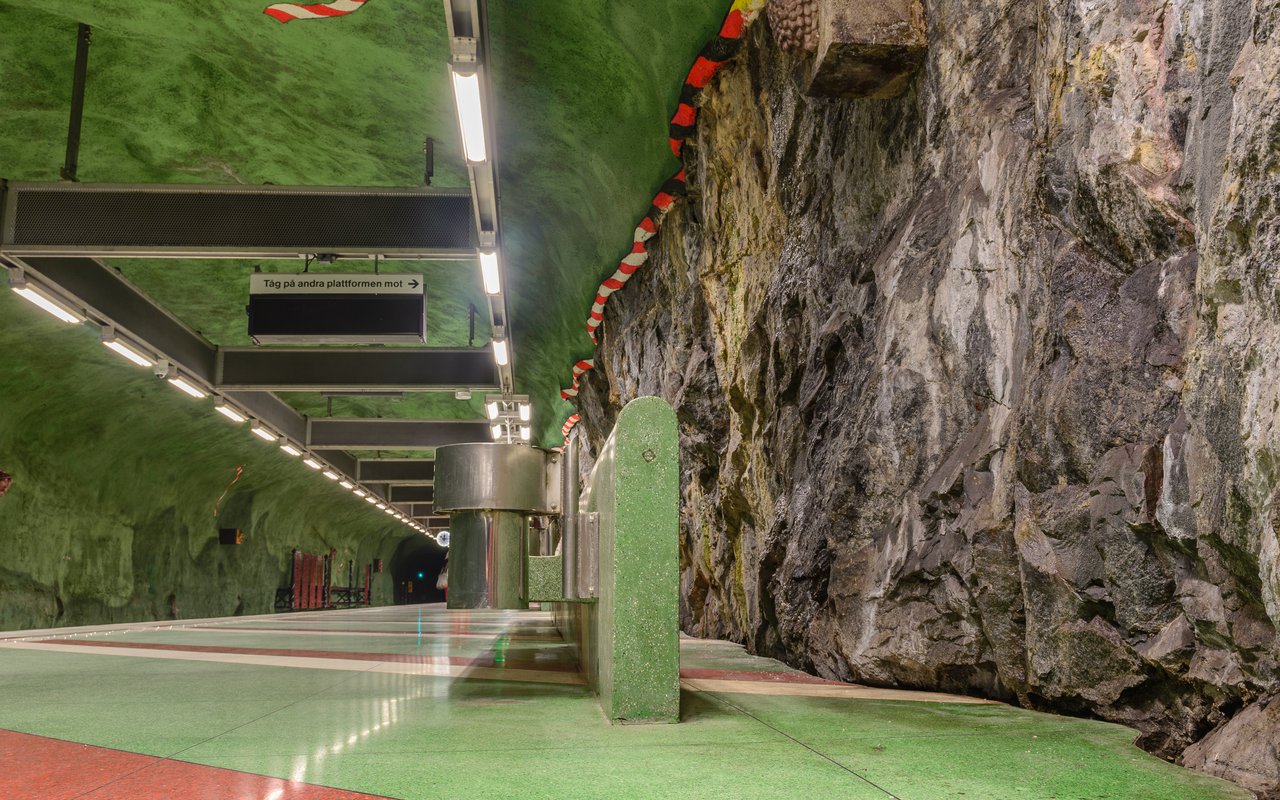 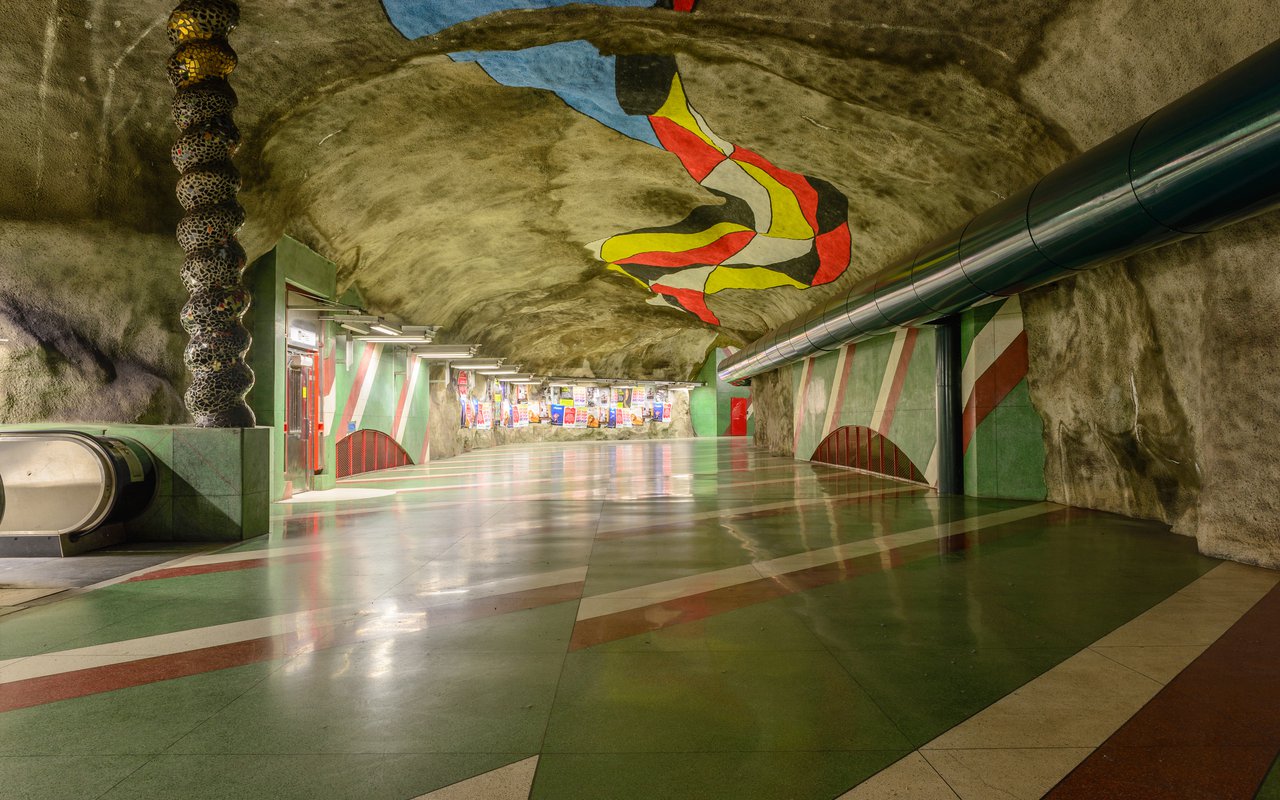 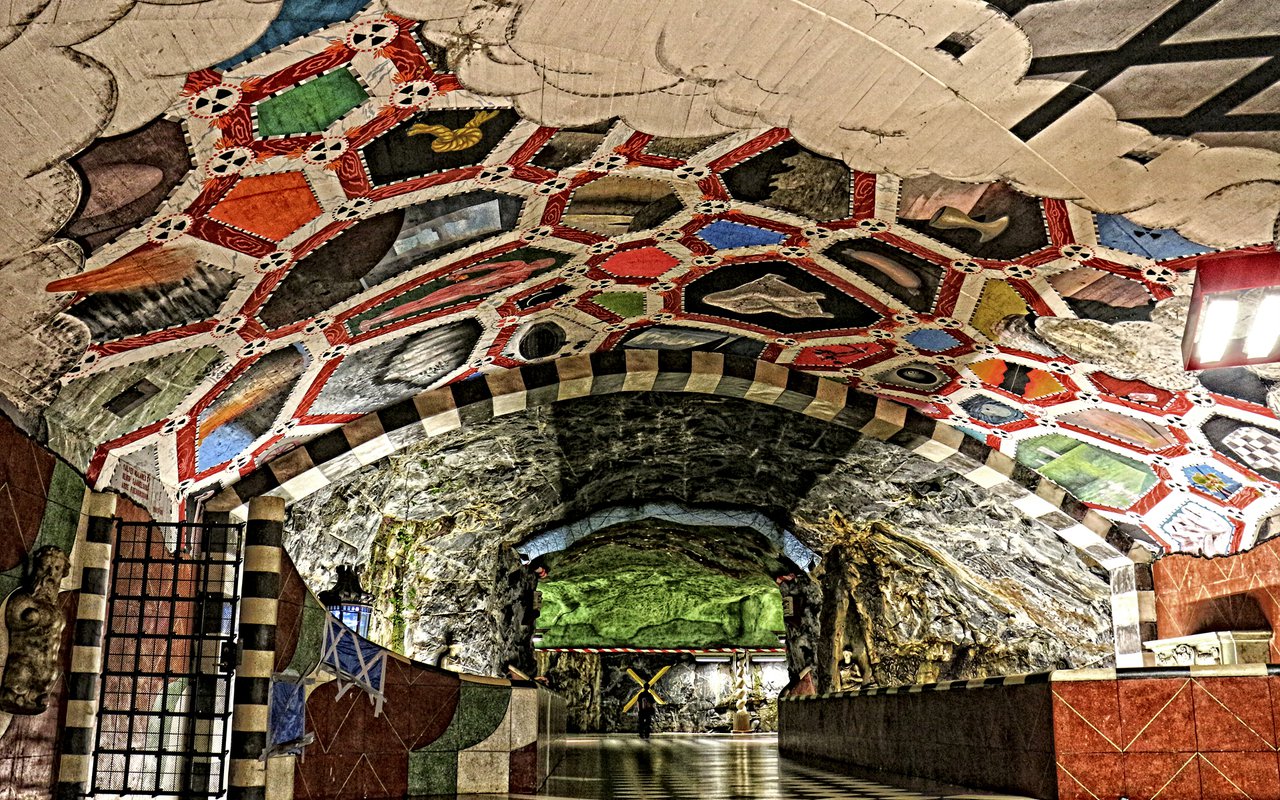