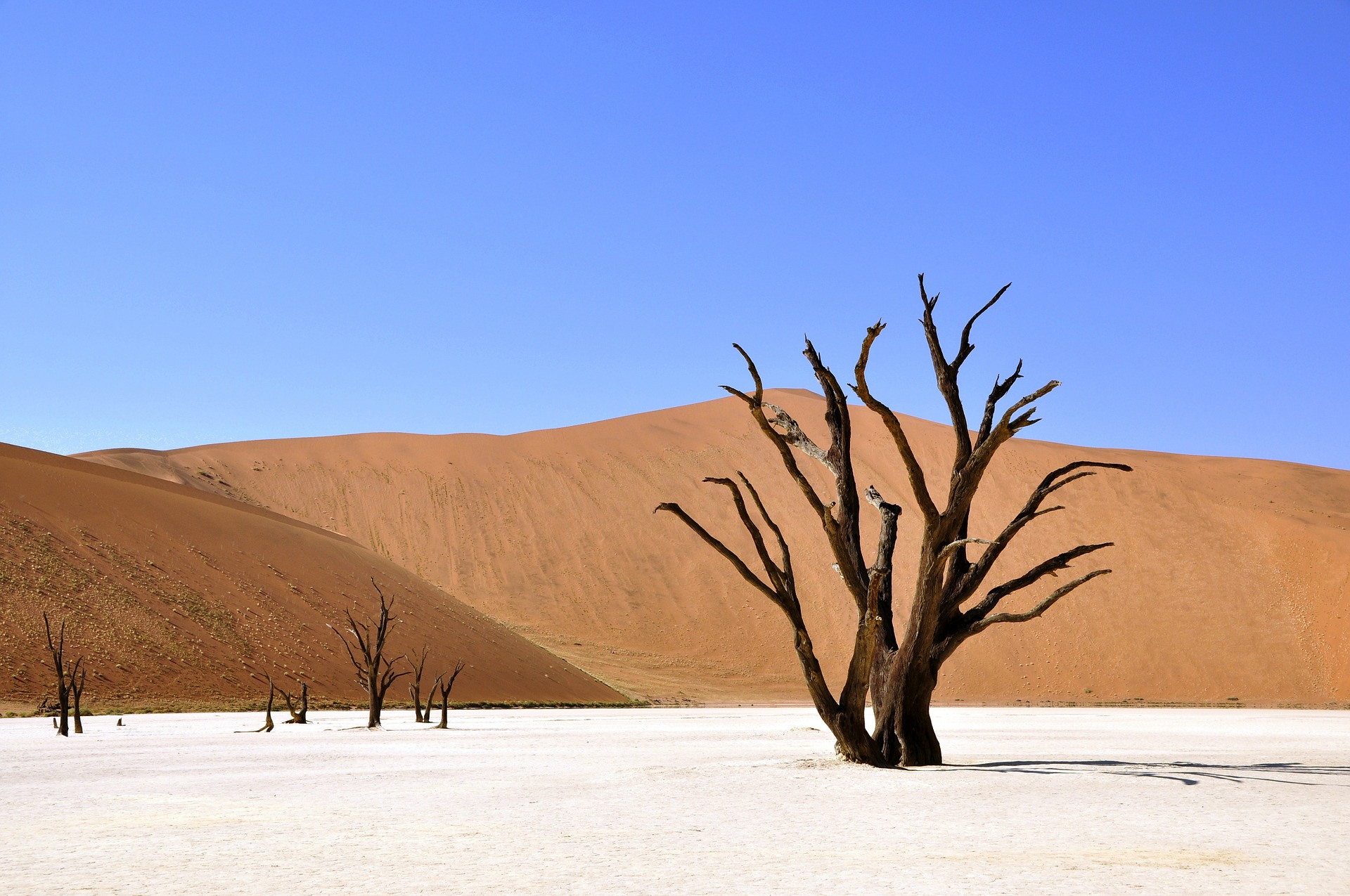 Deadvlei is a white clay pan located near the more famous salt pan of Sossusvlei, inside the Namib-Naukluft Park in Namibia. Also written DeadVlei or Dead Vlei, its name means "dead marsh." Dead Vlei has been claimed to be surrounded by the highest sand dunes in the world, the highest reaching 300–400 meters (350m on average, named "Big Daddy" or "Crazy Dune"), which rest on a sandstone terrace.

The clay pan was formed after rainfall, when the Tsauchab river flooded, creating temporary shallow pools where the abundance of water allowed camel thorn trees to grow. When the climate changed, drought hit the area, and dunes encroached on the pan, which blocked the river from the district. When you get to the parking area in Sossusvlei, walk to the south and climb the dune closest by. This will give you an excellent first view of the area.

Alternatively, walk around it on the left and climb the vast Big Daddy dune (300+ meters) the get an even better view. After getting to the top, it is run down the flank of the dune to get to the Deadvlei. Dozens of thousand-year-old trees are so dry they don't even rot. The blue sky, orange/red dunes, with claypan and dark brown trees make it beautiful. 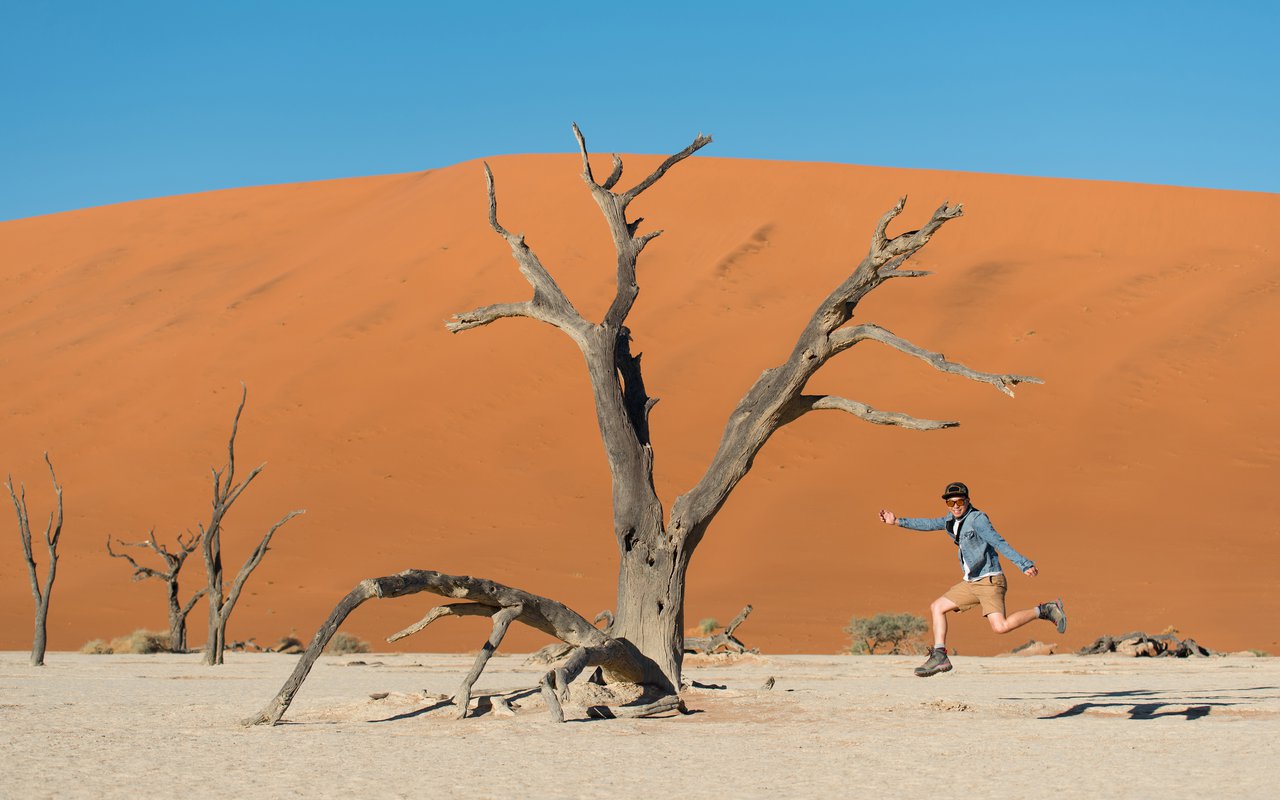 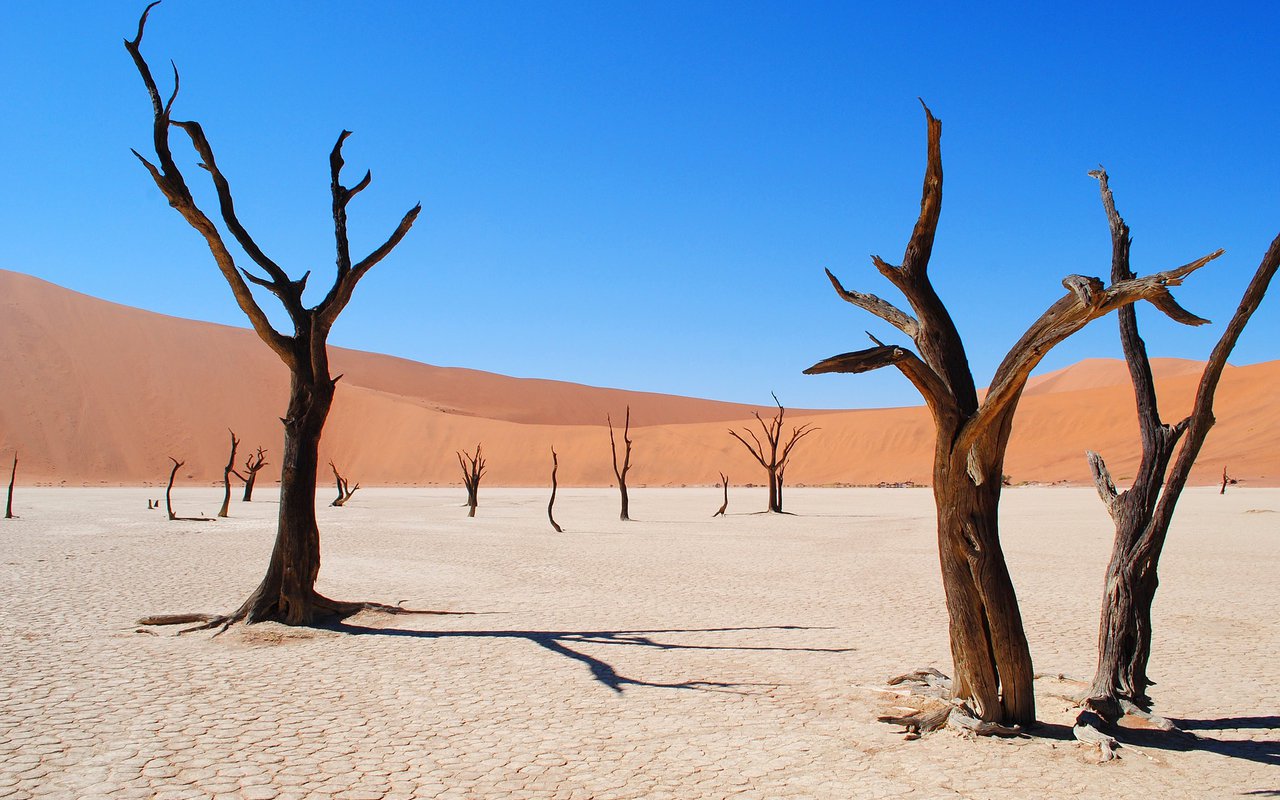 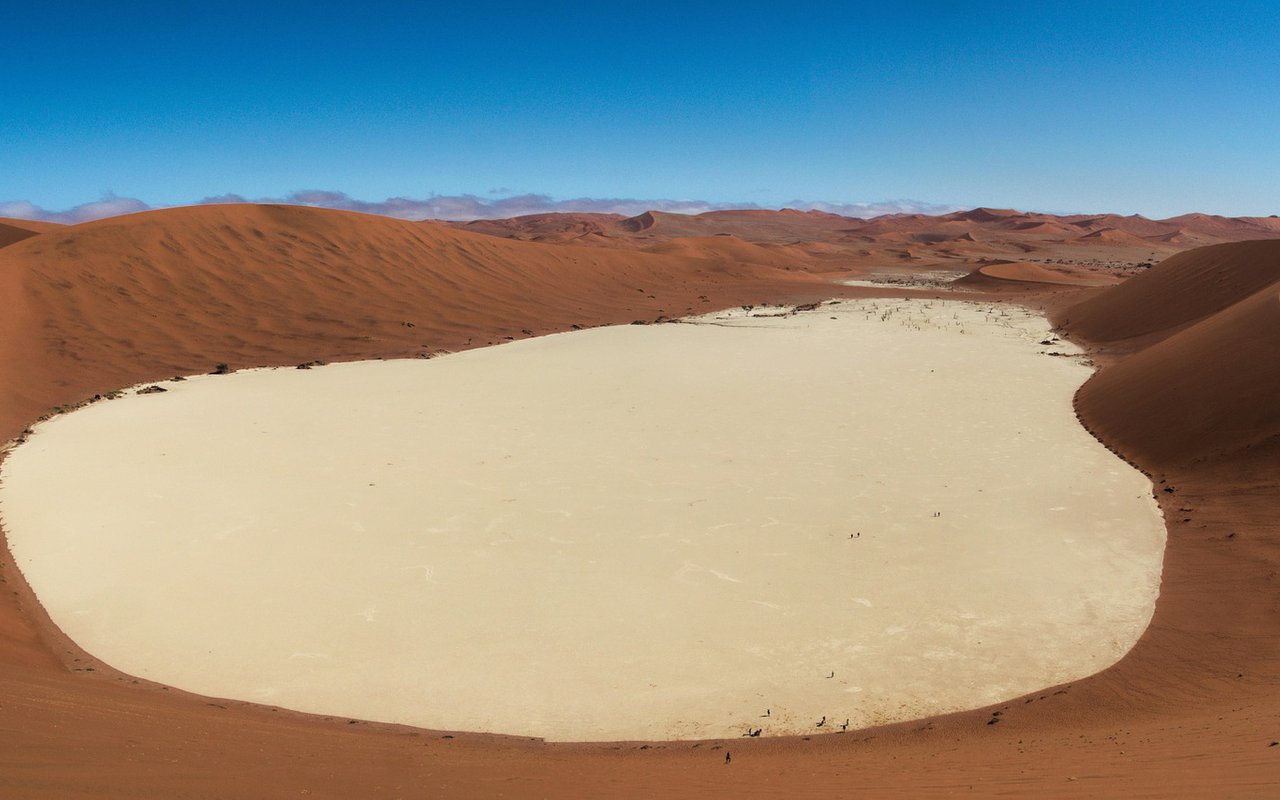 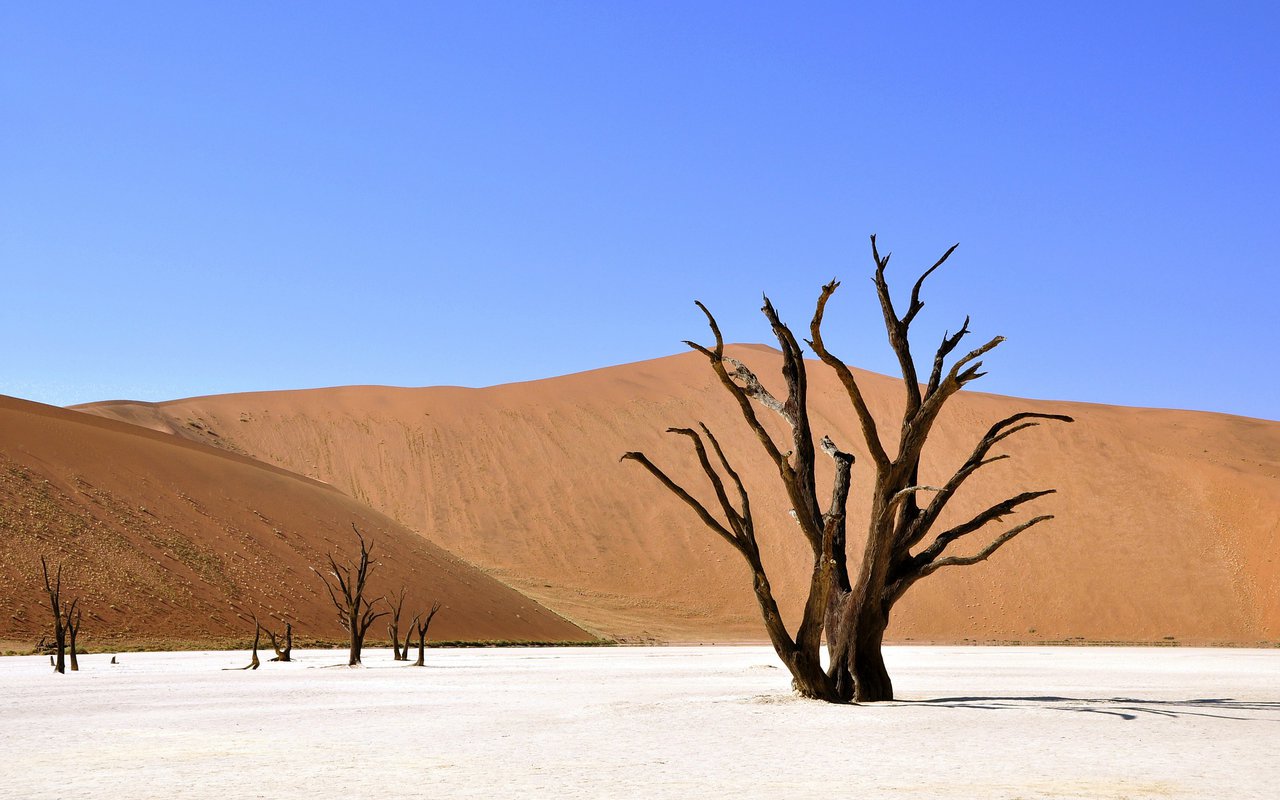 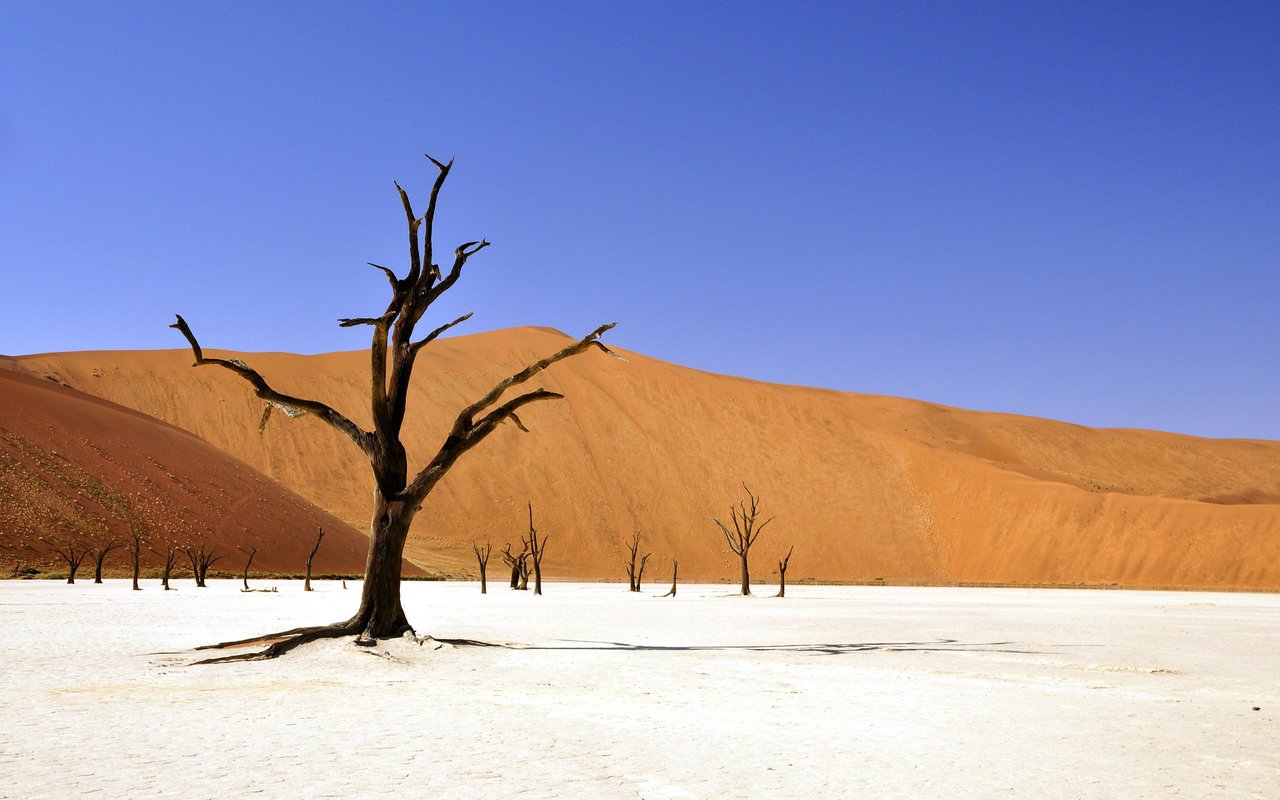