The park, which is named Suan Luang Phra Ram 8, will also serve as a new cultural and recreational site, said Bangkok Governor Sukhumbhand Paribatra. The park serves as another prime viewing point from which people can clearly see the elegance of the boat processions during the Royal Barge ceremony and will facilitate activities of water-related culture, he added.

Opened in 2002, the 475-metre span known as the Rama VIII Bridge links Wisut Kasat Road in Ban Phan Thom district on the Bangkok side of the river with Arun Amarin Road in Bang Yikhan on the Thonburi side, less than two km upriver from 1973-vintage Phra Pinklao Bridge.

By the mid-1990s, traffic congestion in inner Bangkok, from Koh Rattanakosin to Dusit, had become particularly severe, with Phra Pinklao Bridge widely regarded as the worst spot.

With its eighty-four cables fanning out on either side of a single inverted Y-shape pylon, the Rama VIII span’s impressive harp-like silhouette completely eclipses the functional cement-and-steel monolith at Phra Pinklao, particularly when illuminated post-sunset. 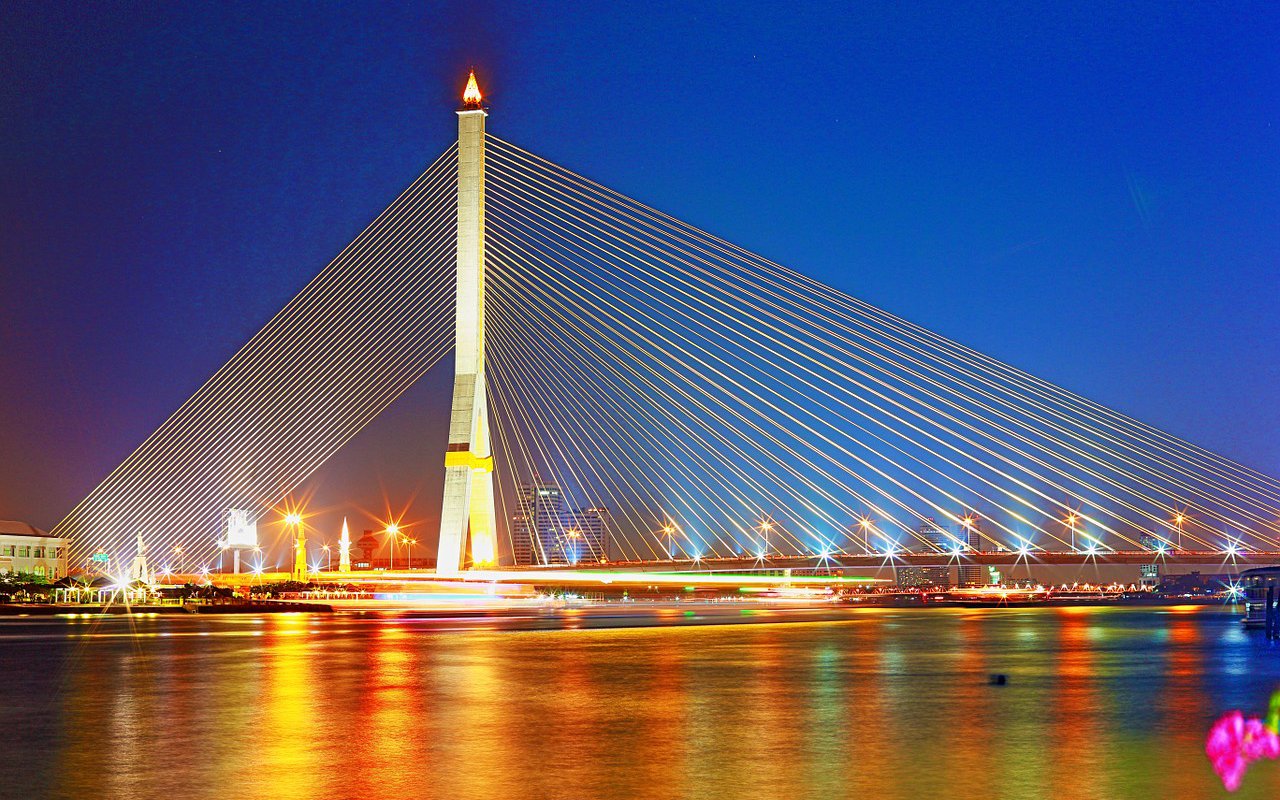 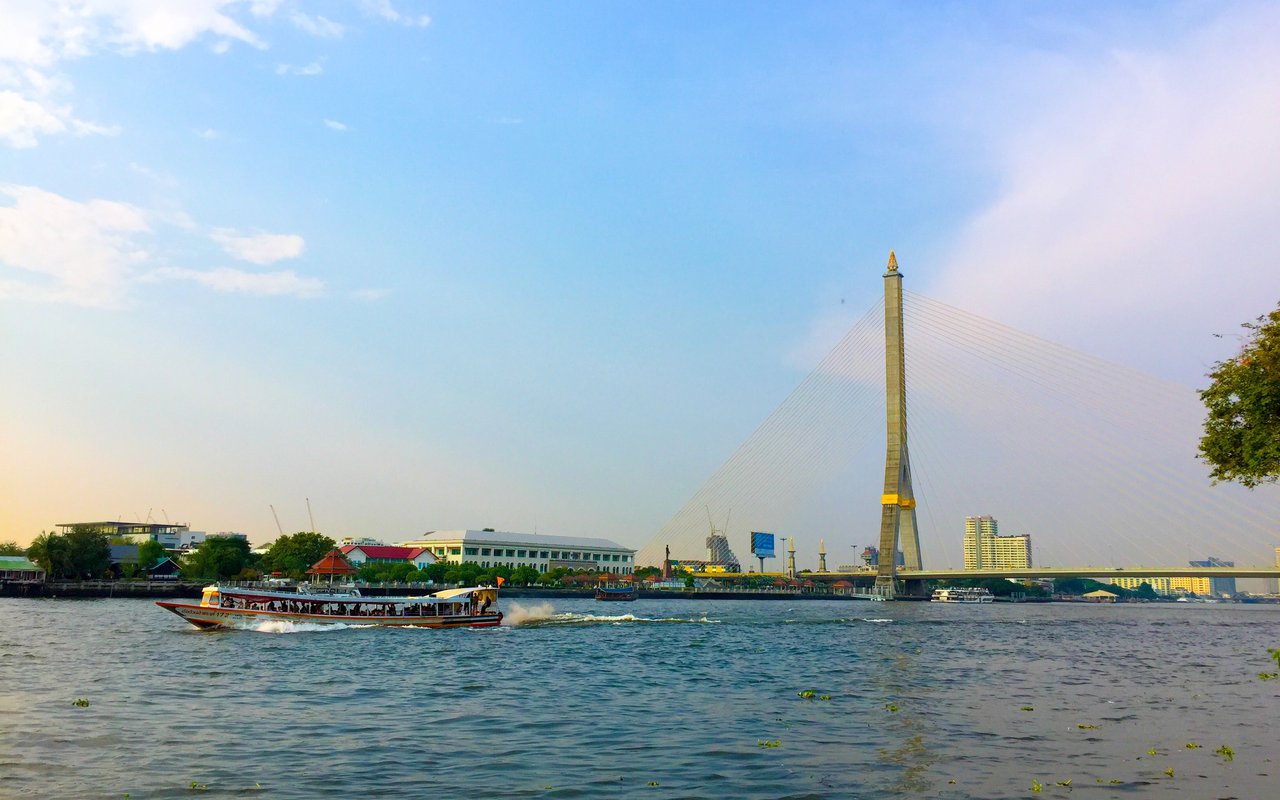 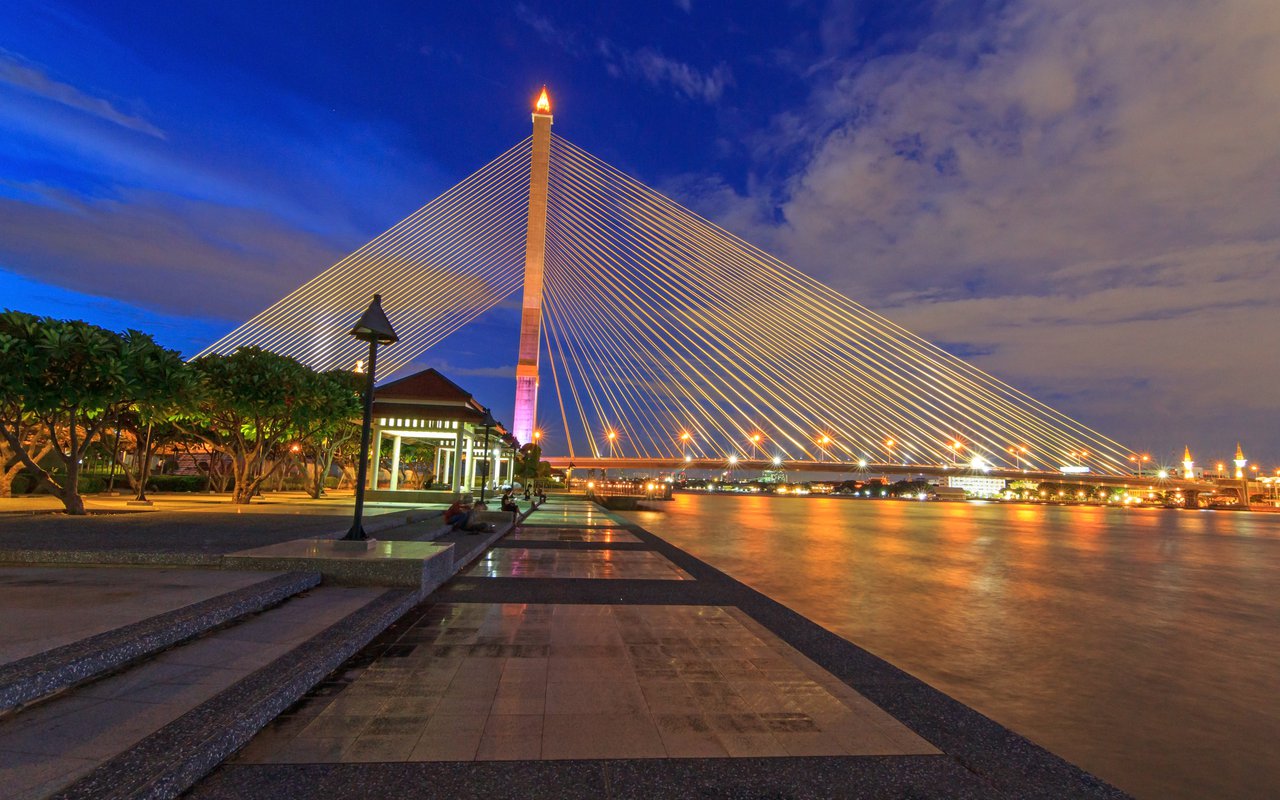 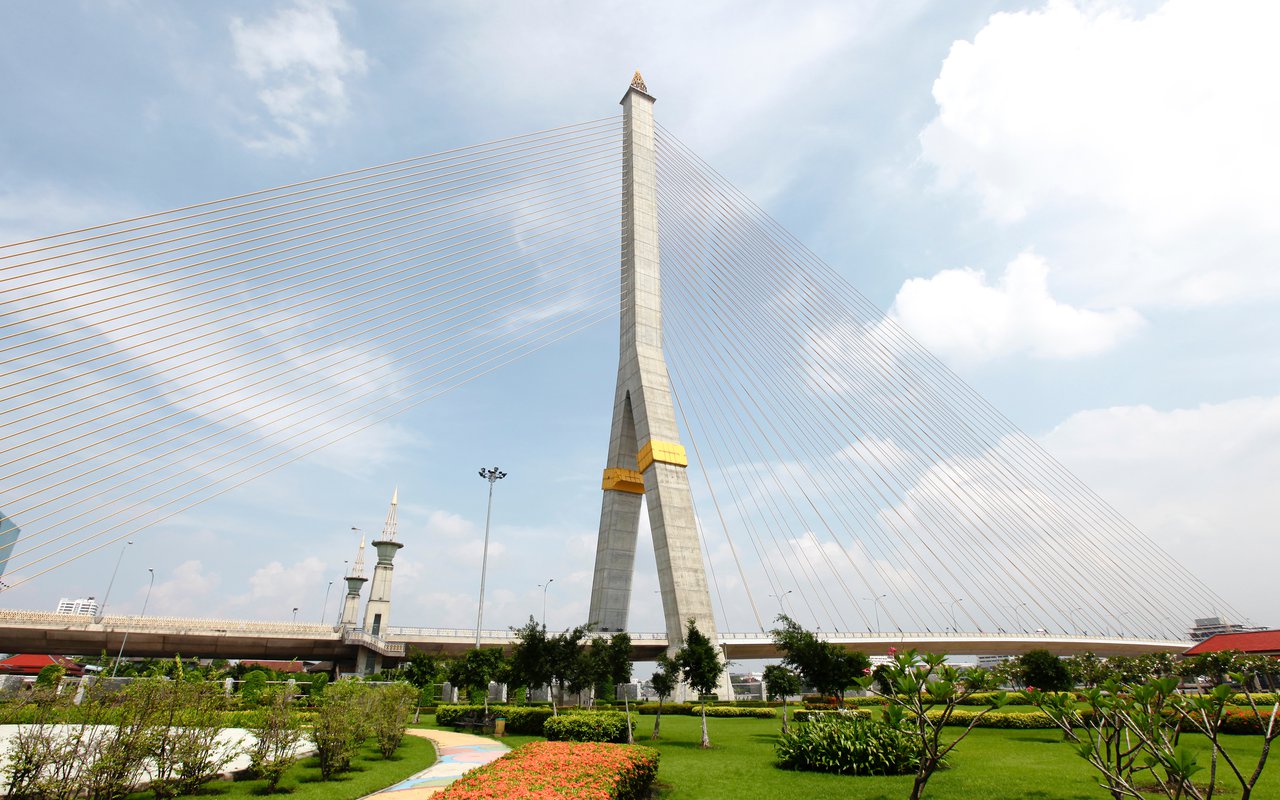