Spend a day at Vondelpark

Vondelpark Vondelpark is the largest city park in Amsterdam, and certainly the most famous park in the Netherlands, which welcomes about 10 million visitors every year.

The Vondelpark is loved by Amsterdammers as well as by tourists, and is full of people - enjoying a sunny day, dog-walking, jogging, roller-skating, listening to music, people-watching, or just lazing about in grass.

Other attractions are the statue of the poet Vondel, the cast iron music dome, the Groot Melkhuis with playground for children, and the historical Pavilion with its restaurant Vertigo, opening in summer a popular terrace.

The Vondelpark opened in 1865 as a fashionable leisure spot for Amsterdam’s middle class, designed by landscape architect Jan David Zocher.

It was originally titled ‘Nieuwe Park’ , although it was officially renamed to Vondelpark in 1880, after the statue of 17th-century Dutch poet Joost van den Vondel, which had been unveiled in the park some 13 years earlier.

Zocher designed the Vondelpark in the popular English landscape style, creating rolling vistas of pathways, lakes and woods to give the illusion of an idealised natural landscape.

The park maintained to expand throughout the later decades of the 19th century, with the bandstand and the Pavilion building constructed in the 1870s.

The park is home to several popular café bars, including the picturesque Groot Melkhuis with its waterside terrace, the 1930s modernist Blauwe Teehuis which resembles a giant flying saucer, and the popular summertime spot Vondeltuin, complete with its whimsical beer garden. In 2009 the world’s record biggest picnic recognized by The Guinness Book of Records with 433 persons participating, took place in the park.

Vondelpark is also a home to many birds – wild ducks, blue herons and many smaller birds.

Vondelstraat  a street that goes along the park has been constructed in decades after the establishment of the Vondelpark with many houses constructed by a foremost Amsterdam architect, designer of Rijksmuseum and Central Station, Pierre Cuypers.

There are several hostels close to the Vondelpark: StayOkay Hostel situated right in the park, while The Flying Pig Hostel is situated on Vossiusstraat 46, a parallel street to the park.

This is fantastic place to spend your day at! 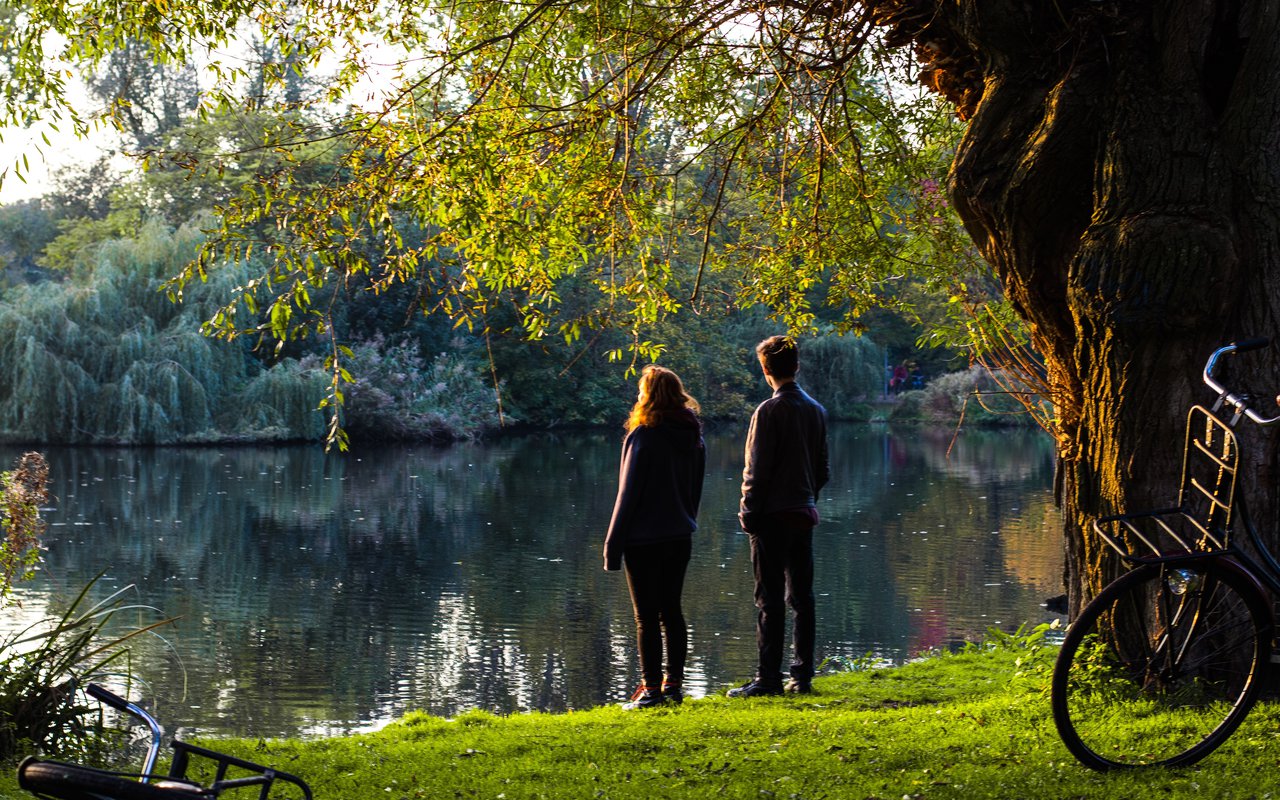 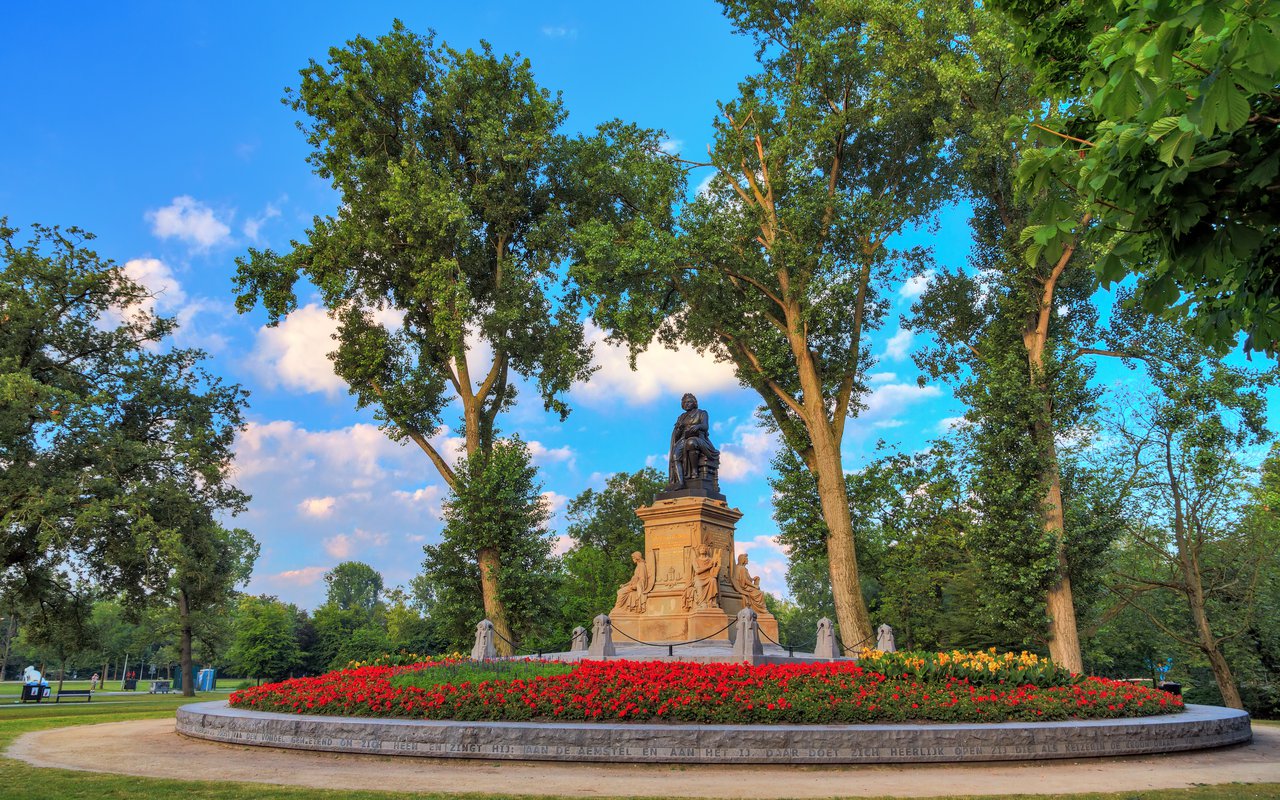 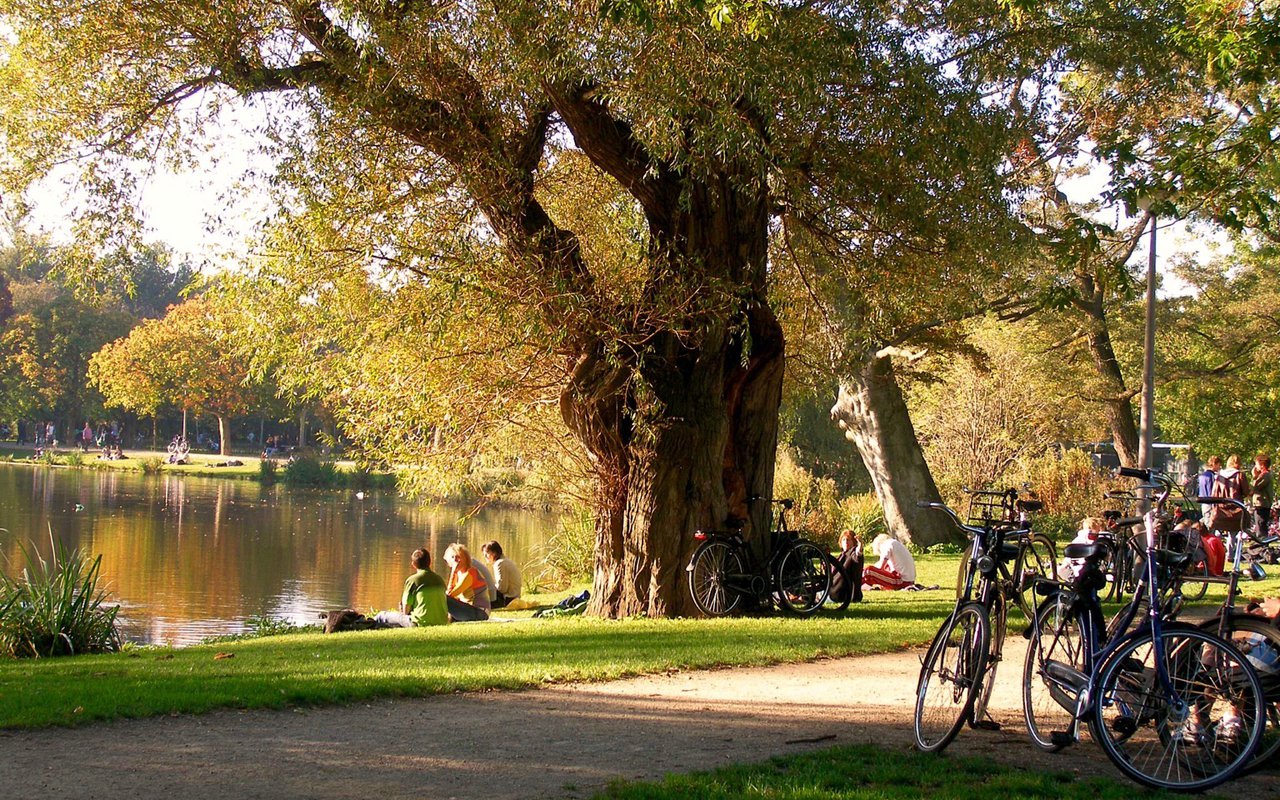 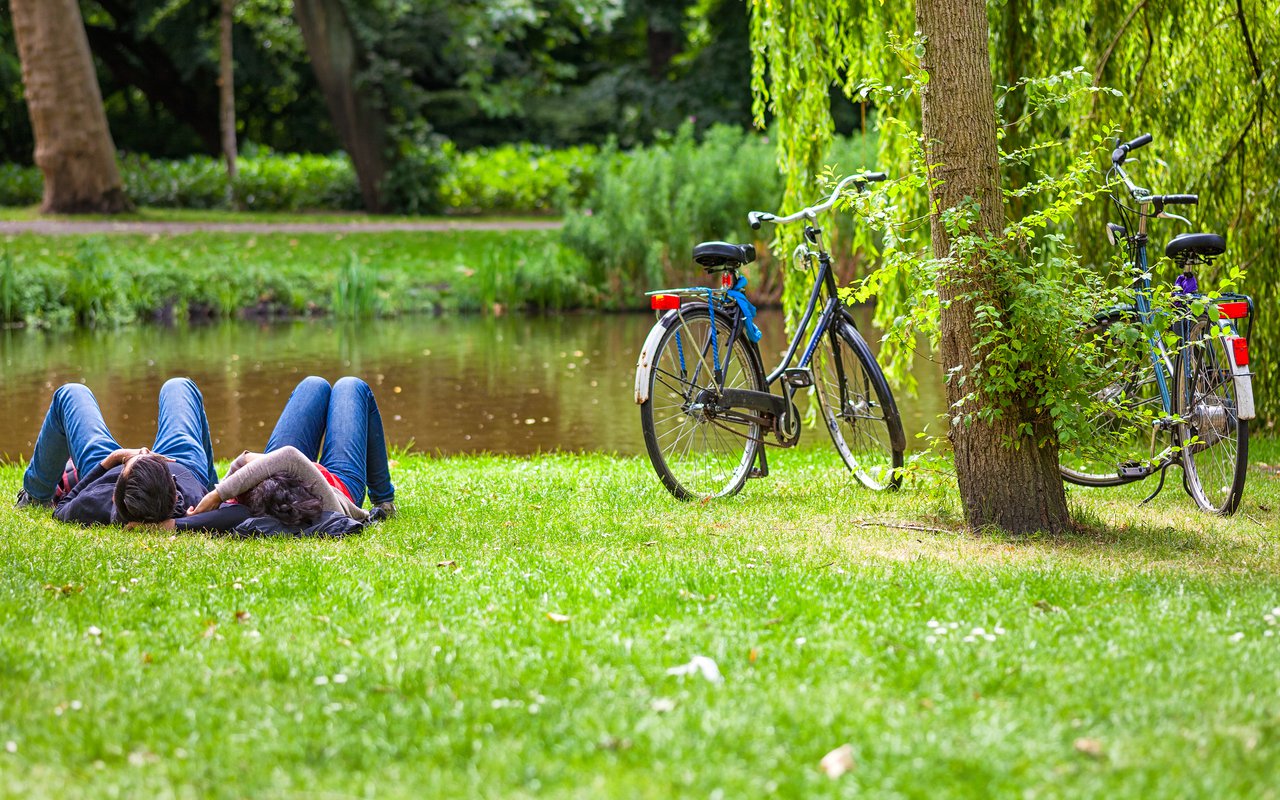 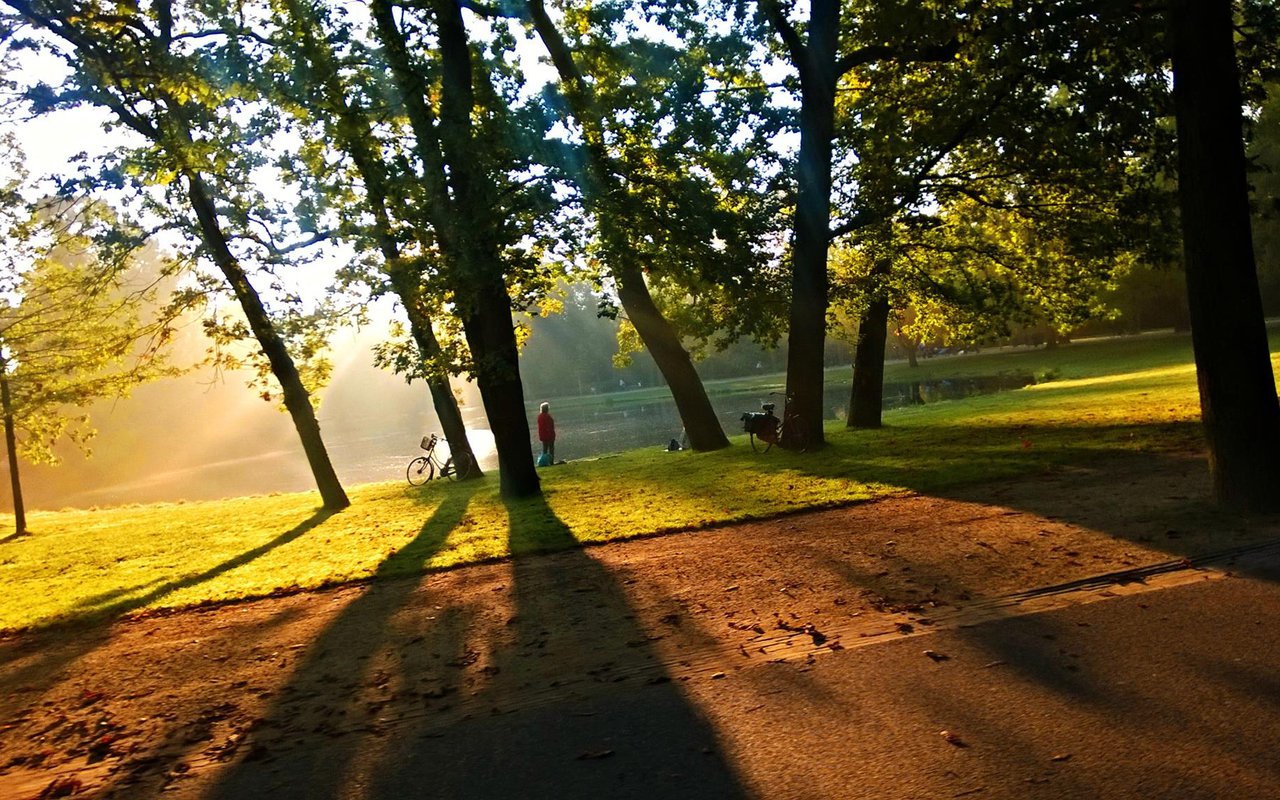 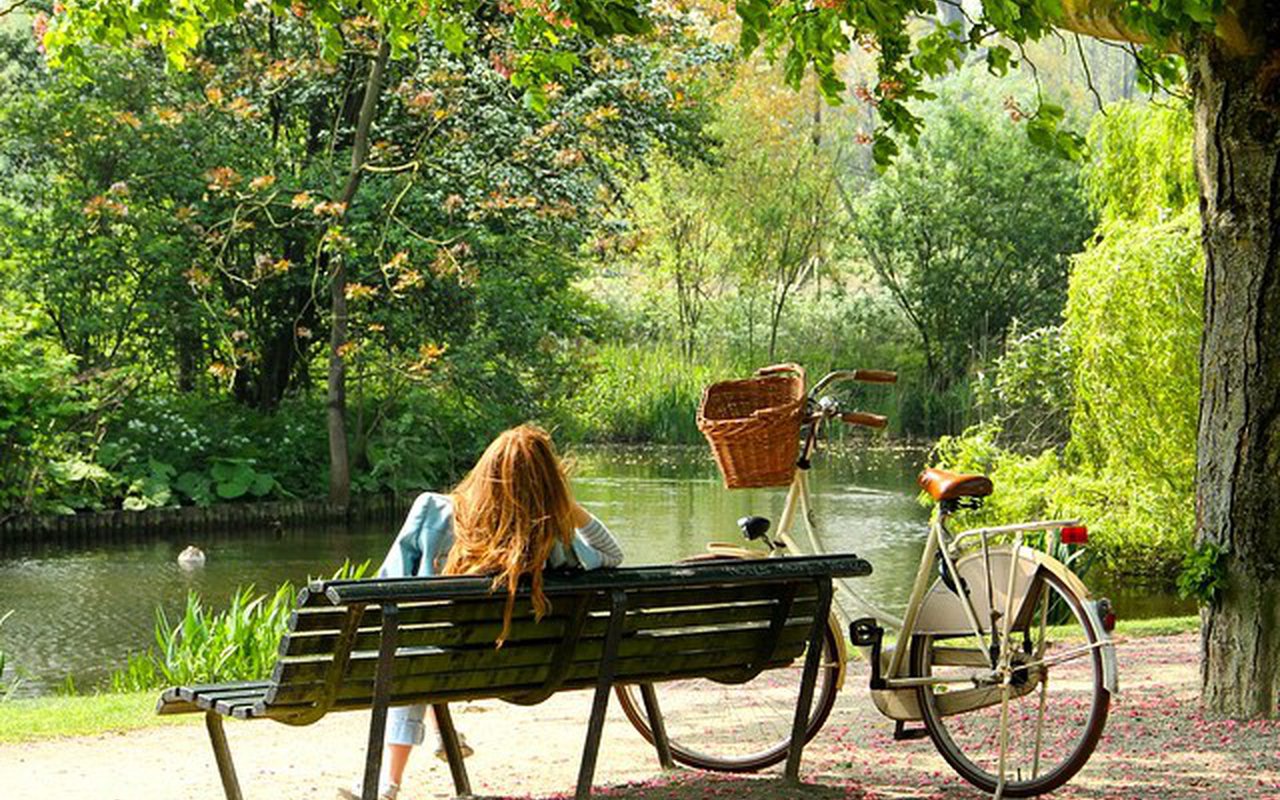