There is much confusion about the definition of the Path of the Gods. Some call it the path S. Maria del Castello , Forest , Head Wall, Bomerano ; rest seized by scruples, they add a "High" and then call the way Bomerano > Nocella : Path of the Gods "Low". Personally I follow the tradition, which says that the real one goes from Bomerano to Nocella , and are also of the opinion that this path, among those in contention, is the most successful being called the Path of the Gods , in particular for the stretch from Cave Biscuit in Nocella , interesting and exceptionally scenic from start to finish. Council walking it from east to west in order to get in front of the extreme part of the peninsula and Capri . The pace of Colle Serra (580m) can be reached from Praiano or Bomerano (630m). From Praiano you can also take on the Path of the Gods about 500 meters downstream of Colle Serra , passing by the Convent of San Domenico . If you come up from Praiano , it is worth to walk a few hundred meters to Bomerano , beyond Colle Serra , to the pinnacle . In the first section of the trail Colle Serra > Nocella there are two alternative paths more or less of equal length (1.5km): - high option : from the saddle go up passing to the side of a lime kiln ruins and then we proceed more or less in proportion about 600m to finally get off to meet another trail at 545m altitude. - lower option : it is accessed down a few meters from the saddle until you meet the trail that comes from Praiano (there is a fountain on the left), go right to the crossroads (520m) with the path from Praiano via Convent San Domenico and after a more or less sudden altitude climb the last stretch until it meets the high path. From this intersection then the vegetation changes quite radically and is passed by a few shrubs and grass (often encountered goats and sheep grazing) to a more dense bush, rich in oaks, arbutus, heather and rosemary. Following a very tortuous path, full of ups and downs, past the imposing Vallone Grarelle and you reach the village of Nocella (440m). From here you can go down the Amalfi State (over 1500 steps) to places Arienzo or continue up to Montepertuso along a cemented path first and then the newly built rolling stock. 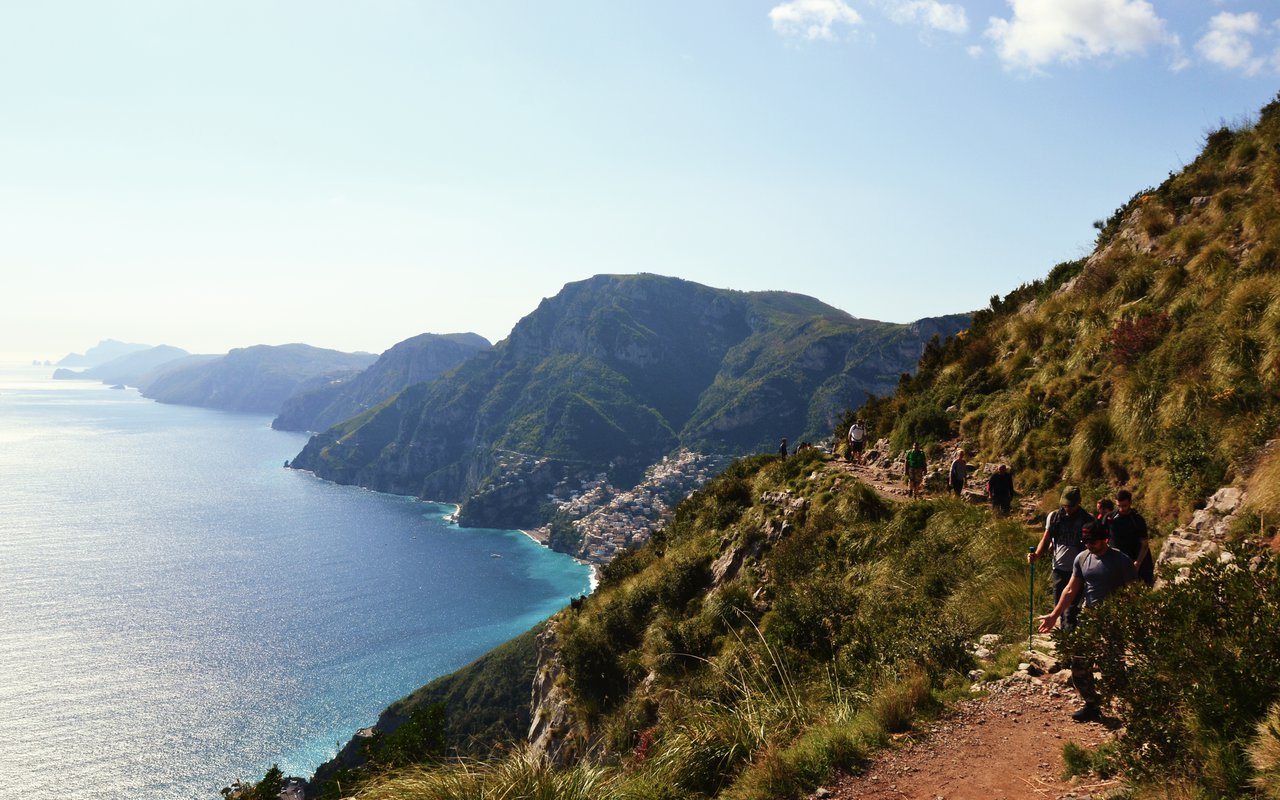 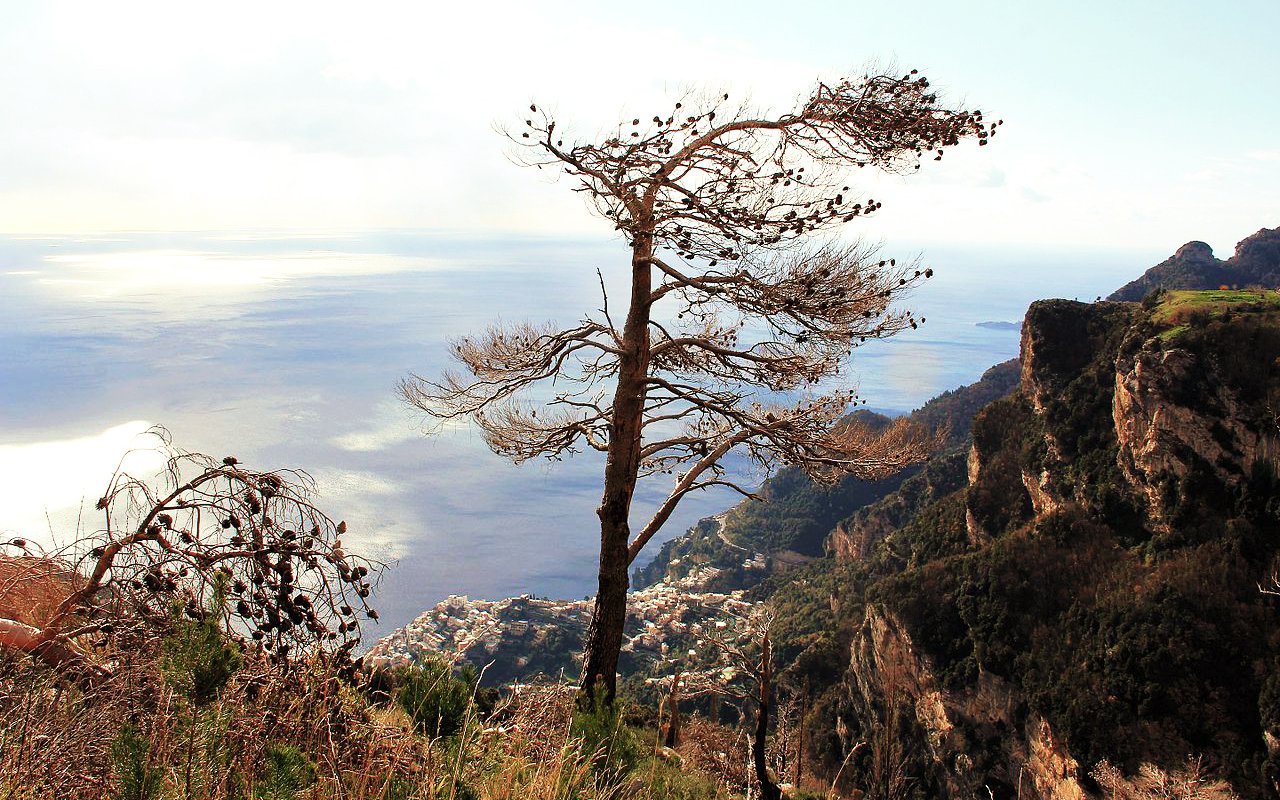 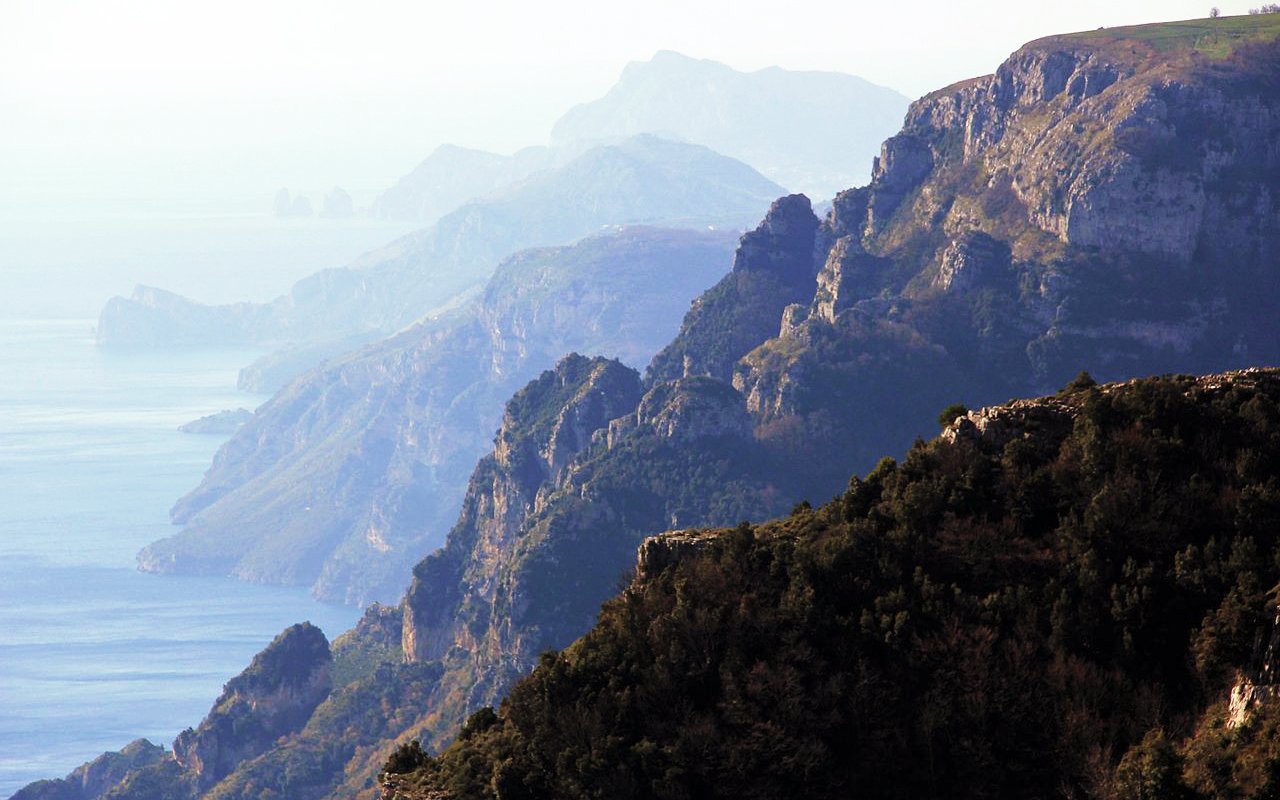 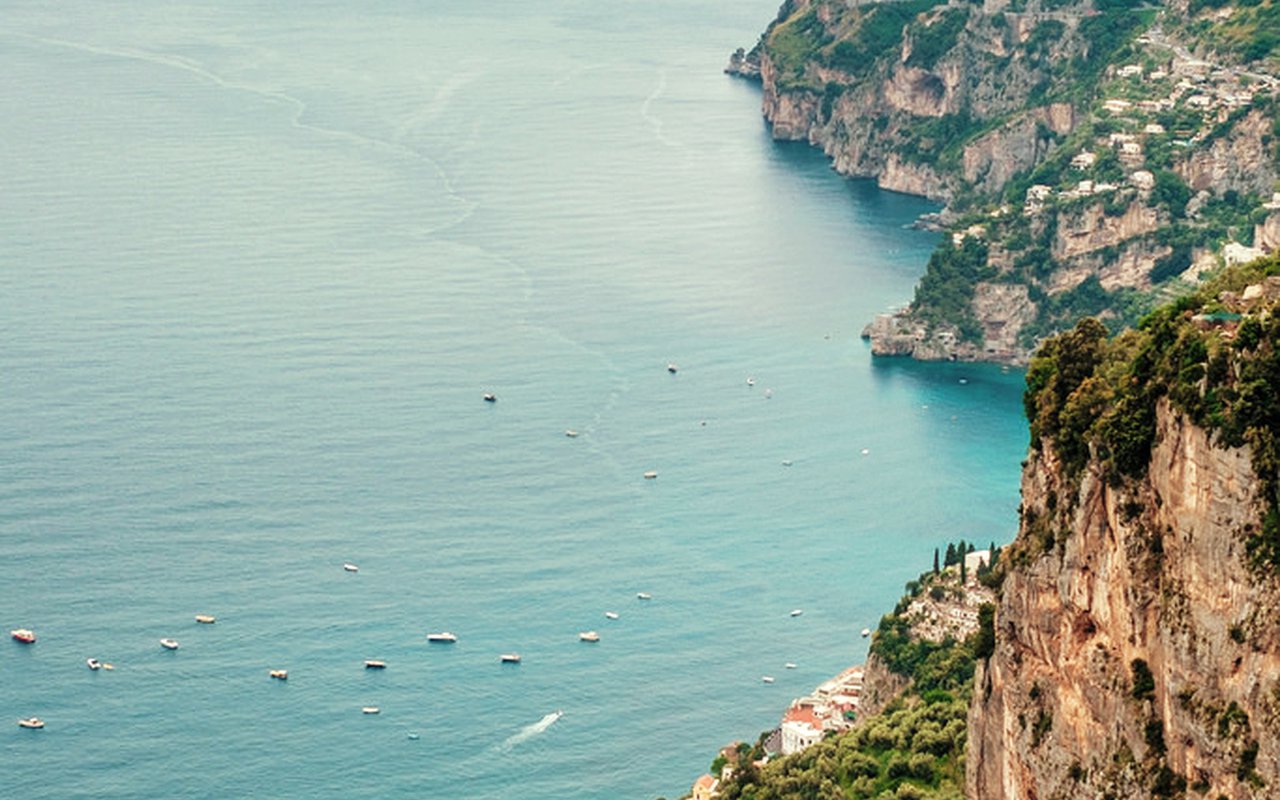 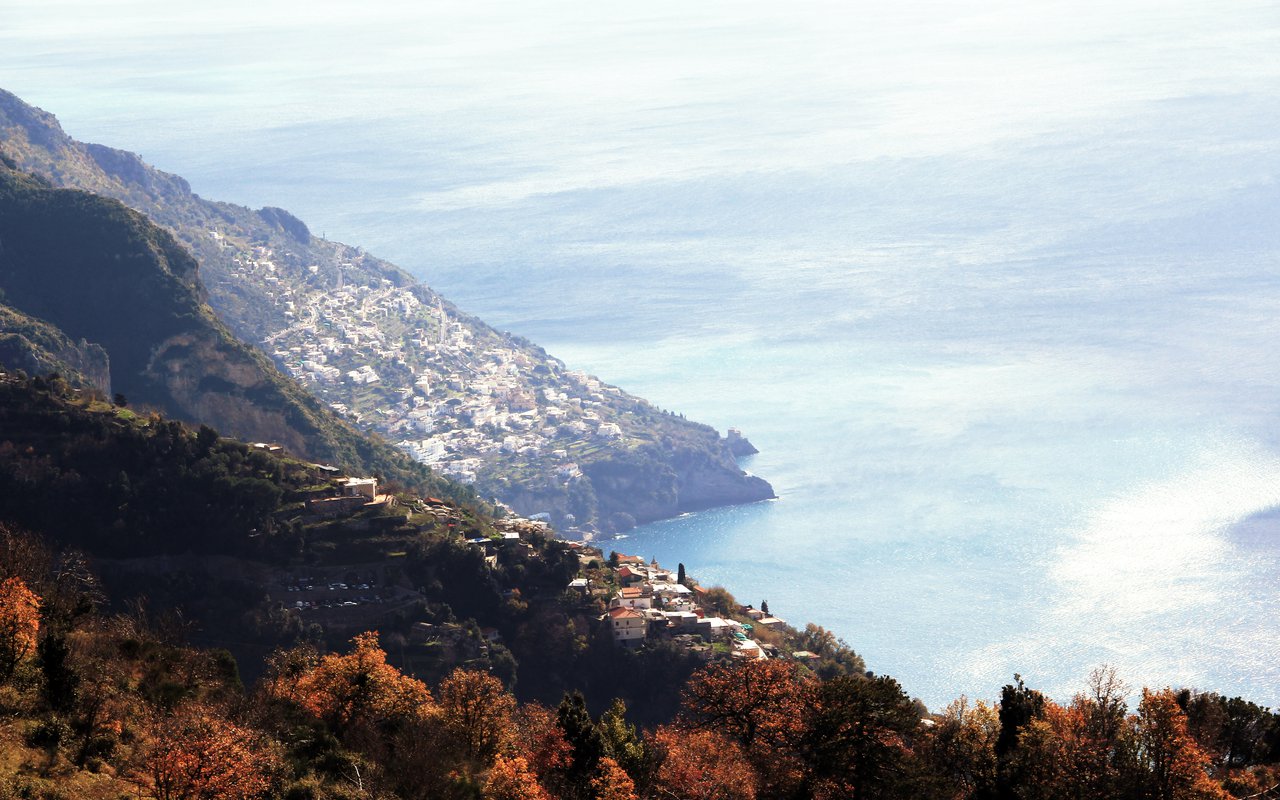