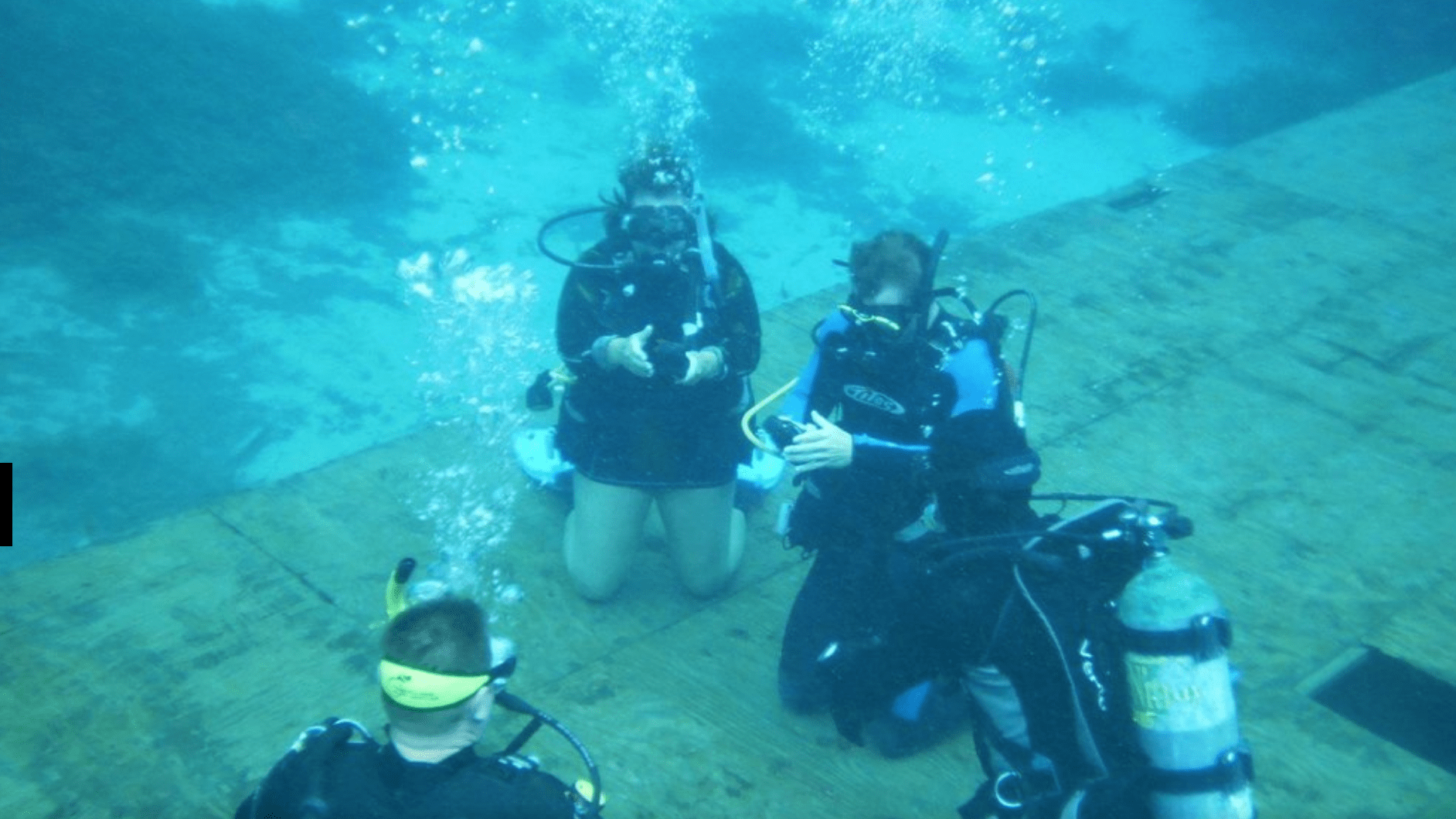 I came to the Panama City area to hang out on the beach with my family. My two daughters and I are all certified so we decided to take a few dives and did a little research, settling on Panama City Diving. We first rented a couple of tanks each to go diving at an inland spring (Morrison Spring) at their recommendation and then later did a two-tank dive, going to Black Bart and Bridge Span 14. I've dived in Hawai'i and Jamaica and the diving was certainly nicer in these other locations with the reefs and things we saw, but we did have a great time diving here. Our boat dive started at 7:30AM and we drove about 45 minutes away to Black Bart. The boat we went out on is a pretty typical dive boat, tanks lines up on either side of the boat and places for about a dozen divers. When we arrived, the crew tied us off to Black Bart and setup a swim line. We all got in the water and headed down for the dive. Black Bart is a neat dive and we saw Angel fish (large), Goliath Grouper, Jellyfish and a number of other kinds of fish I couldn't identify. My youngest daughter spotted a toilet in the ship and went down for a sit while we took pictures and everyone got a laugh out of that! We all wore just swimsuits under our BCDs and my youngest daughter (14) was stung by something (Jellyfish?) in 70' of water on the back of her leg after about 25 min underwater. She was in quite a bit of pain so we opted to end the dive and start our ascent. The pain subsided after about 30 minutes, but in retrospect I think we would wear a wetsuit just for protection in the future. Incidentally, she was stung in the second dive and than again while playing in the water on the beach near our condo so it just happens sometimes. On the boat, the crew had a massive cooler with water, gatorade, snickers bars, etc. in it all for us. It was really great. Our second dive was to bridge span #14. I was prepared to be rather bored with this dive thinking it would just be a metal bridge. But wow! We saw so many fish and even a sea turtle that was hanging out near the bridge span. I was surprised, but given the chance of diving either of these again, the bridge span was actually the more fantastic of the two. The vis was maybe 20' here and when we got ready to leave there was a current across the span and we couldn't get over to the line to ascend easily so we opted to go to the surface near the other end of the span. We emerged about 100' from the span and headed over to the boat. On the way back, the crew pulled out a pineapple and carved it up for us and we ate it on the way back to shore. The crew was terrific, always making sure everyone was well taken care of and ensuring everything went well. We really had a great trip and I'm so pleased that we chose Panama City Diving. When we go back to this area, we'll certainly go back to Panama City Diving. 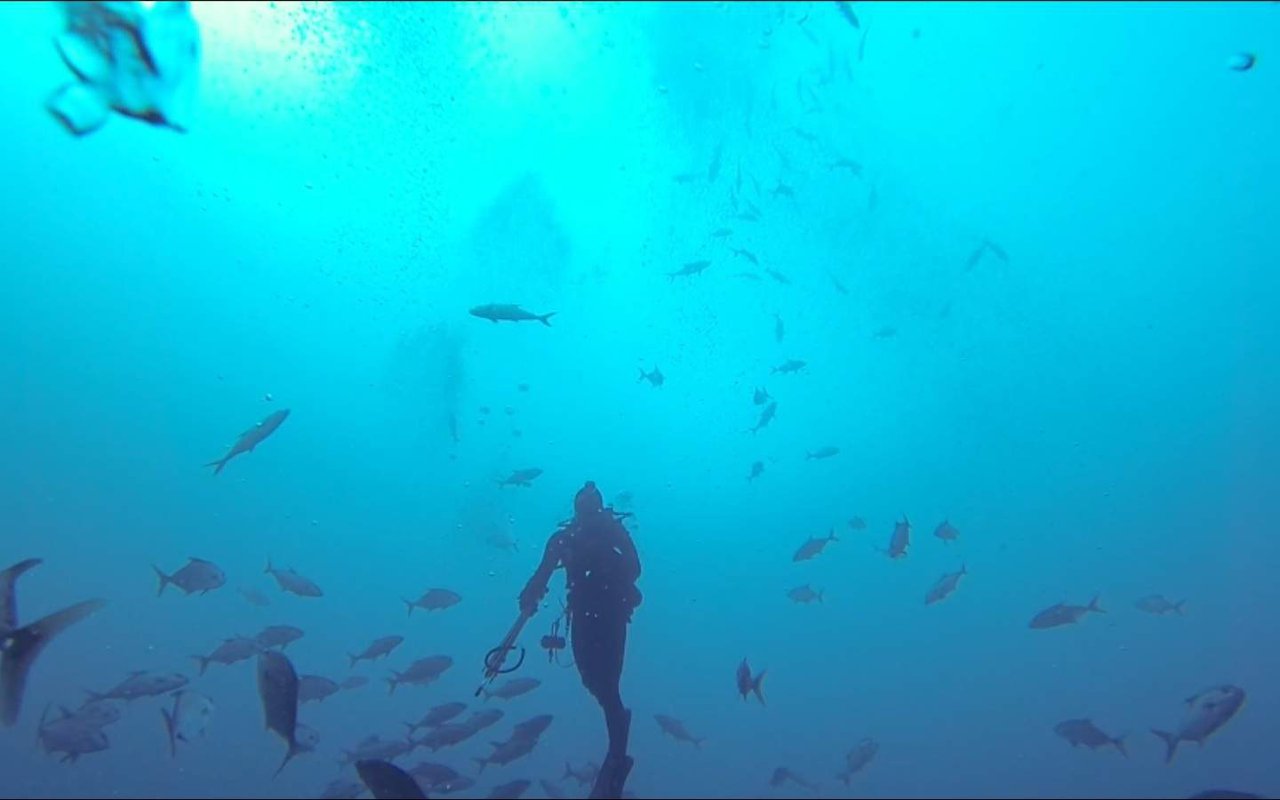 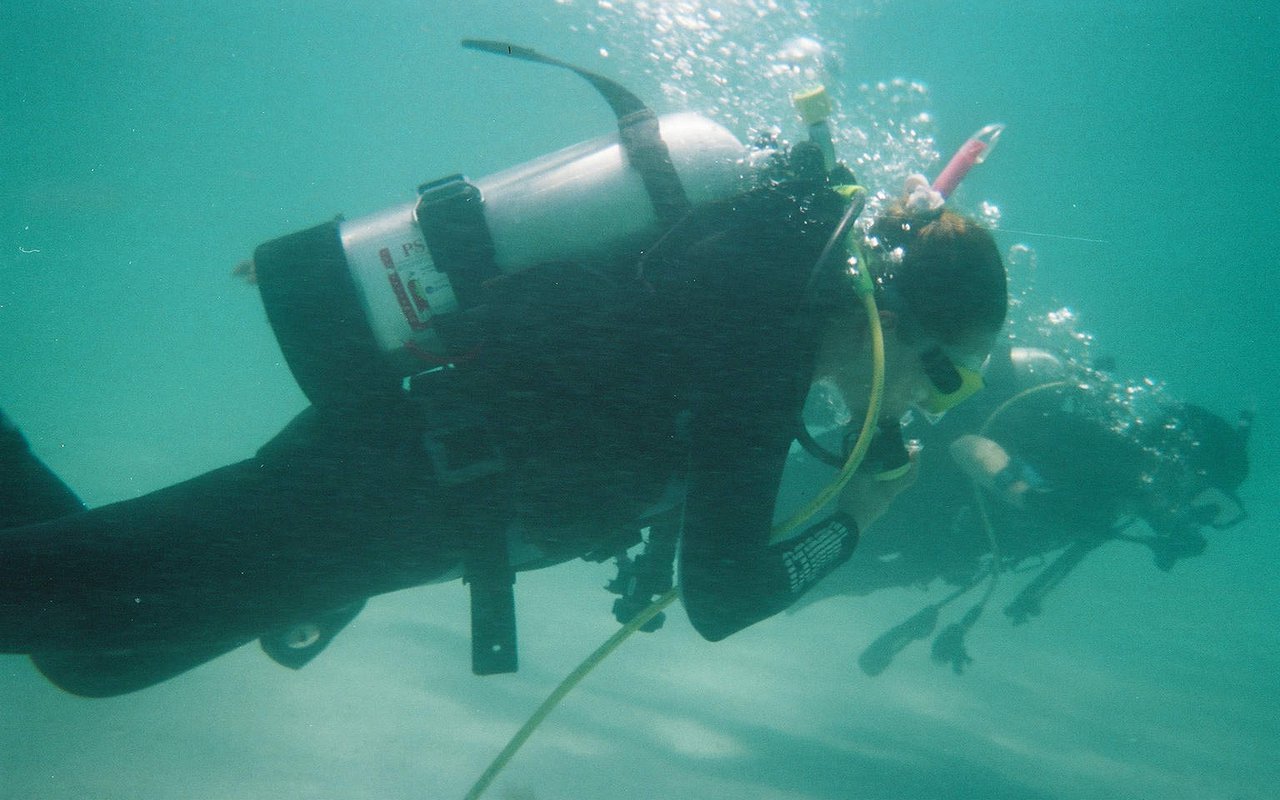 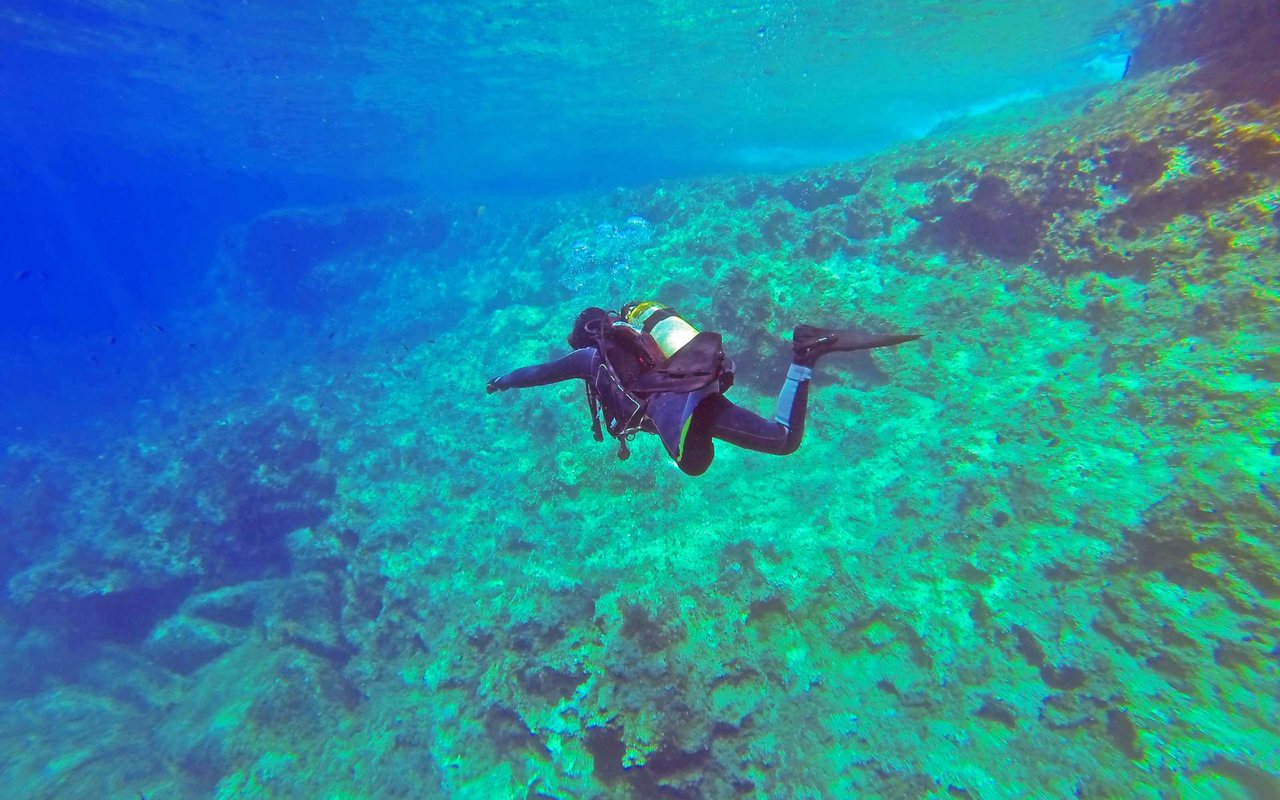