Million Bottle Temple, or in Thai Wat Pa Maha Chedi Kaew (Wat Lan Khuad) (วัดล้านขวด), is a contemporary Buddhist temple in the town of Khun Han, Sisaket Province. So far so normal, but what makes it remarkable, indeed, slightly unbelievable, is the fact that the entire temple is built with and almost exclusively covered in glass bottles. The entire facade, the gables, the flat roofs, the walkways and the windows frames are entirely decorated with glass bottles. Thus the name, Million Bottle Temple was born.

The history of this mega recycling project dates from 1984 when the monks thought it would be a great idea to use leftover beer bottles in the construction at the temple. The idea took off and, well, became an obsession. Every free surface was covered in bottles, not just any bottle either. The most frequently used bottles are beer bottles (of different brands), followed by energy drink and soda bottles. Matching beer bottles and Buddhism confuses some visitors who are unfamiliar with the Buddhist precepts, but this ingenious (re)usage really does fit with all ideas in Buddhist scriptures.

The bottles are not only decoration either, they are integral to the fabric of the temple, fixed into place with concrete. You would think that floors, walls and roofs made from bottles may neither be practical nor appealing, however, you would definitely be wrong. Catch the temple on a sunny day and stand and admire the ingenuity and form of this temple.

The real name is Wat Pa Maha Chedi Kaew, but no one ever uses that name. To get here just ask for the bottle temple and folks will point you in the right direction.

Alternatively, you can grab a motorcycle taxi, which will take a couple of minutes, directly to the temple.

The temple grounds and buildings are free to wander around and photograph, but donations to the temple are always gratefully received. 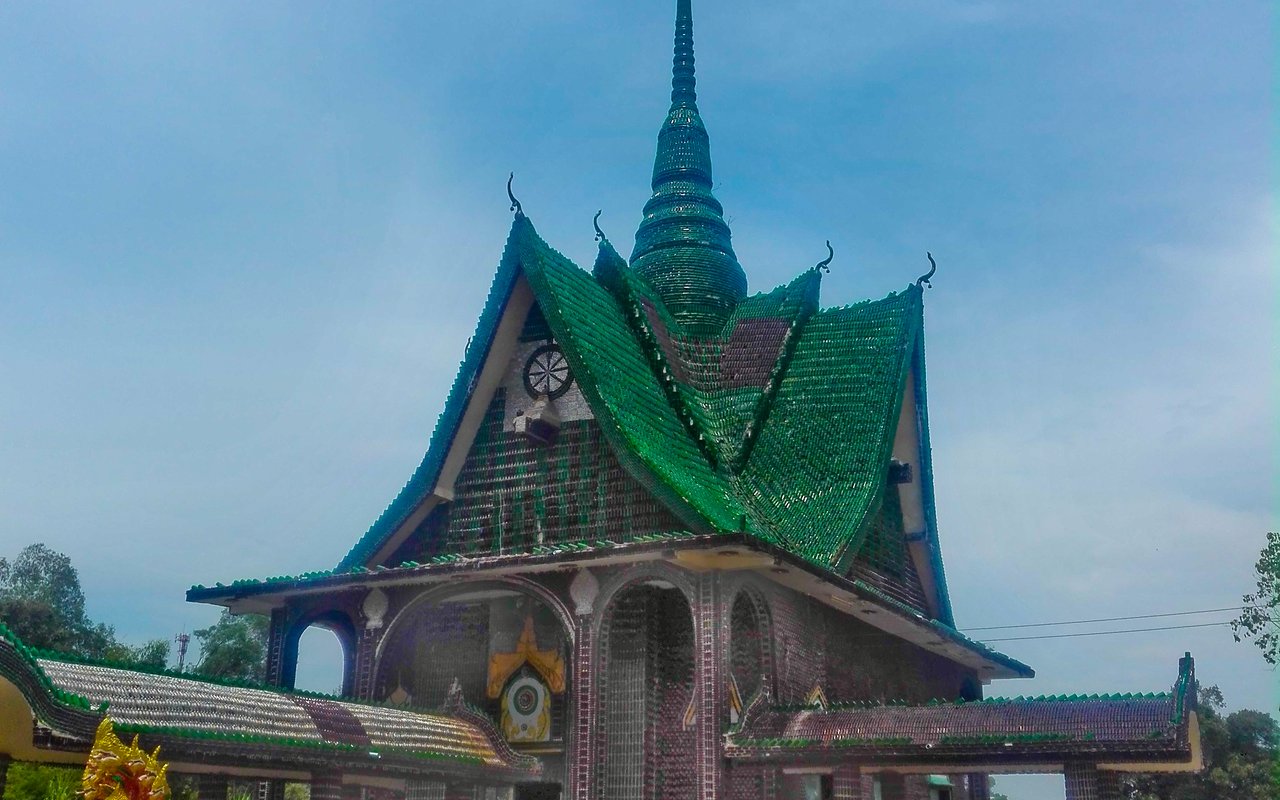 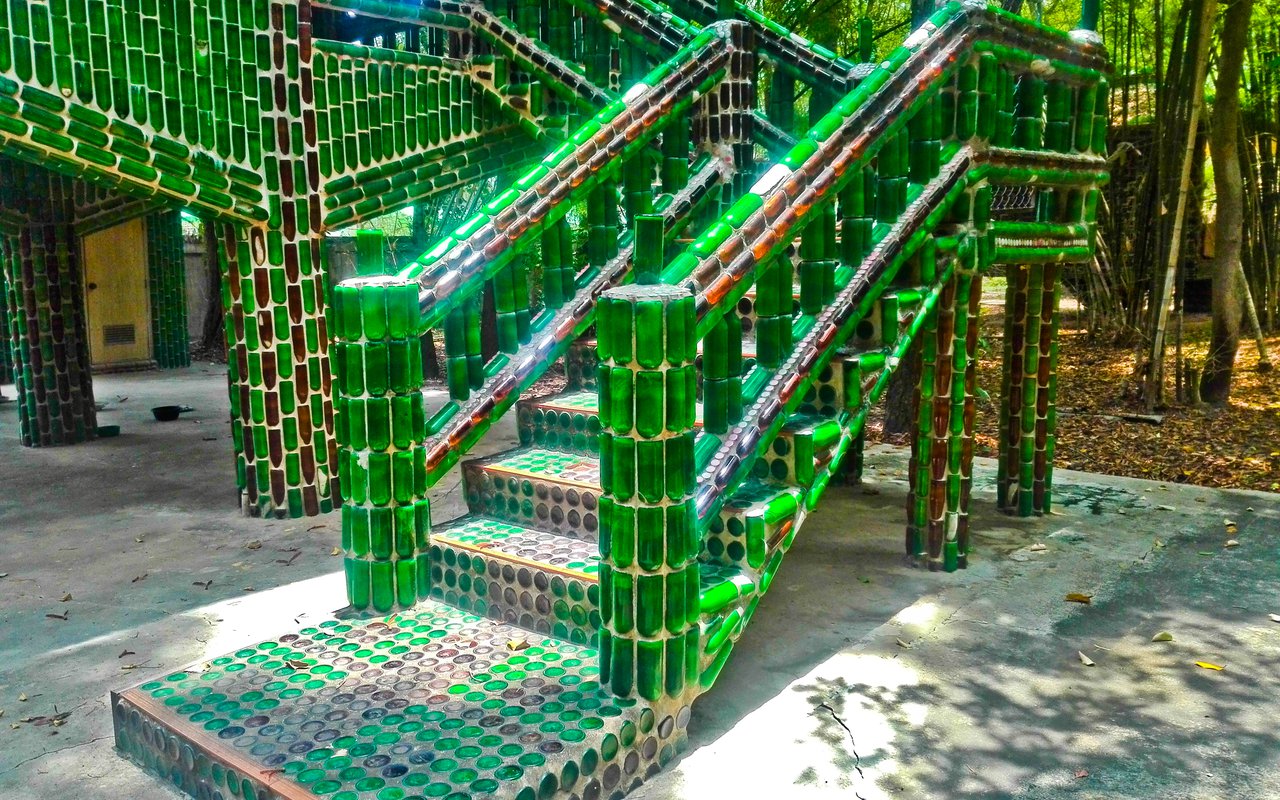 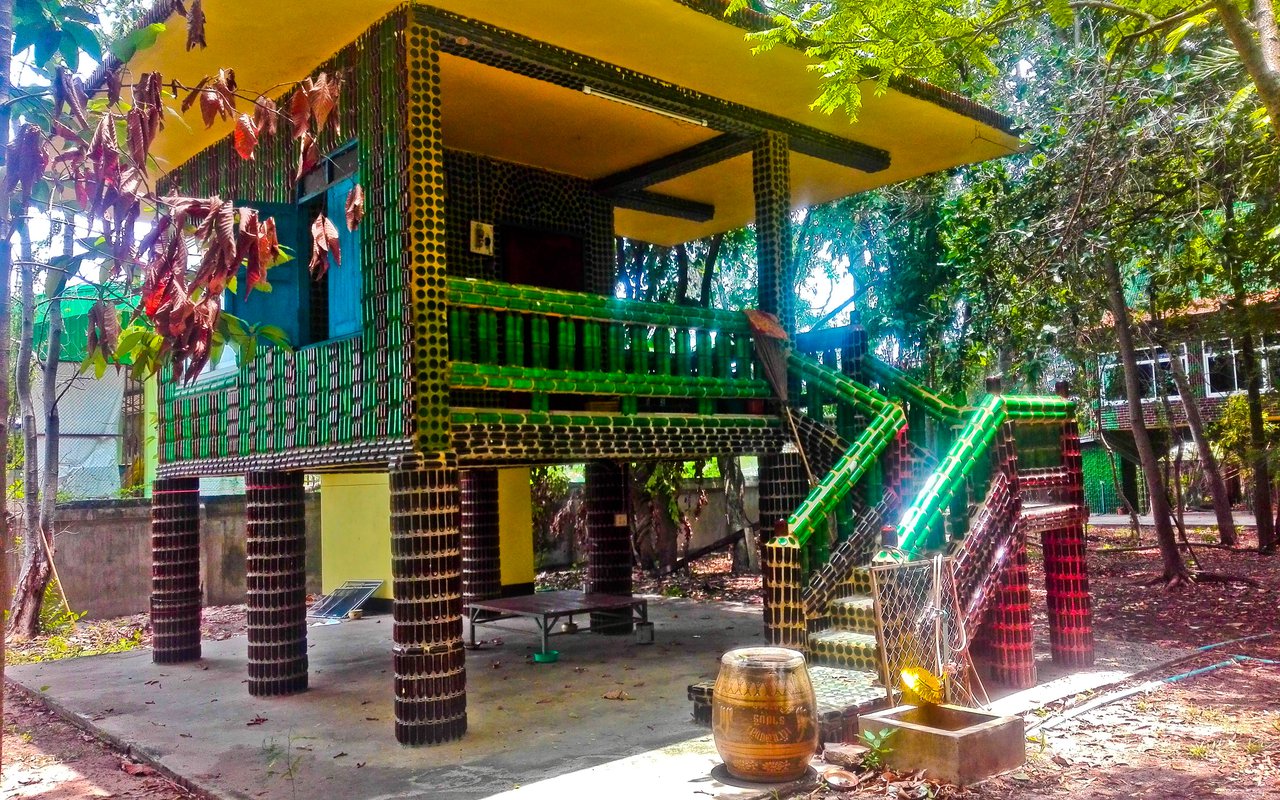 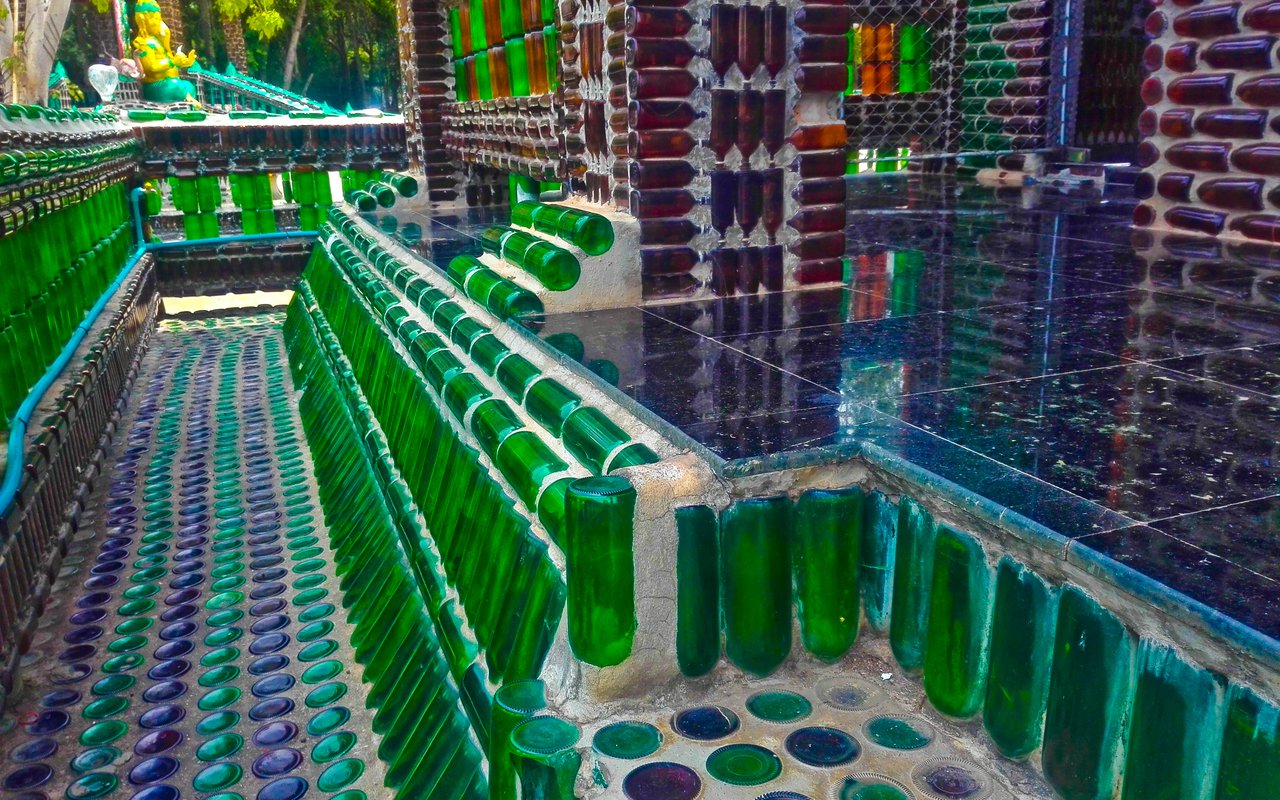