Immerse Yourself in The Nibelungenhalle

The Nibelungenhalle is a domed building in Konigswinte, a town in the North Rhine-Westphalian Rhein-Sieg district. It is located on the way to the summit of the Drachenfels, where Siegfried is said to have killed the dragon, and shows a collection of paintings by Hermann Hendrich on Richard Wagner's opera cycle The Ring of the Nibelung and on Wagner's Gralsoper Parsifal. The hall includes a "dragon cave" and a reptile zoo in the outdoor area.

The Nibelungenhalle stands as a monument under monument protection.

The idea for the dome construction had Hermann Hendrich, it was implemented by the Berlin architects Hans Meier and Werner Behrendt. The building is attributed to the late Art Nouveau style. In 1933 the "Dragon Cave" was built in the outer area of the hall, and in 1958 the reptile zoo was added.

On the left and right of the monolith above the entrance, the cornerstones carry half-reliefs with dwarfs processing the Nibelung gold. A curtain in the entrance area, designed by August Wilckens, shows three Norns on the World Sea Yggdrasil spinning the "threads of fate". The dragon eats the roots of the tree - a symbol of the downfall of the gods.

Inside the hall, there are six pillars supporting the dome. On the ground, it consists of xylonite, a representation of the cosmos can be seen. An earth disk located in the centre is enclosed by a hexagram. The hexagram consists of two triangles, symbols for water and fire. The 60-meter-long Midgard Serpent winds around the earth's disk.

In the center of the room stands on a pedestal a bronze Hendrich bust of Heinrich Splieth.

In the six hall niches are twelve large paintings that interpret the opera cycle The Ring of the Nibelung with its four-stage works Das Rheingold, Die Walküre, Siegfried and Götterdämmerung interpret. The apse with the consecration stone Drachenfelser trachyte is decorated with paintings, originally in the hall German Tell ring in Burg on the Wupper were. On the consecrated stone is a Wagner relief and the inscription "Honor your German masters" from Wagner's Die Meistersinger von Nürnberg.

On the way through the hall, visitors are accompanied by music from Wagner's Der Ring des Nibelungen. 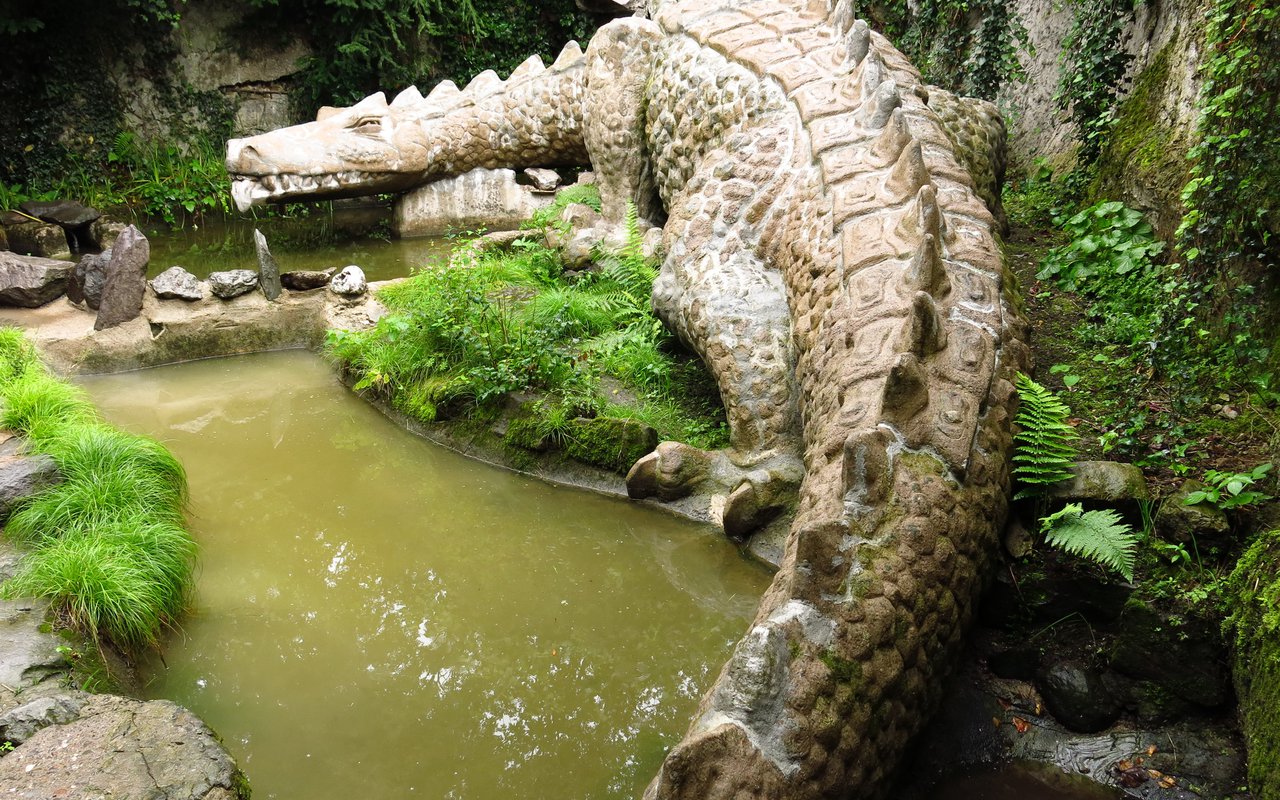 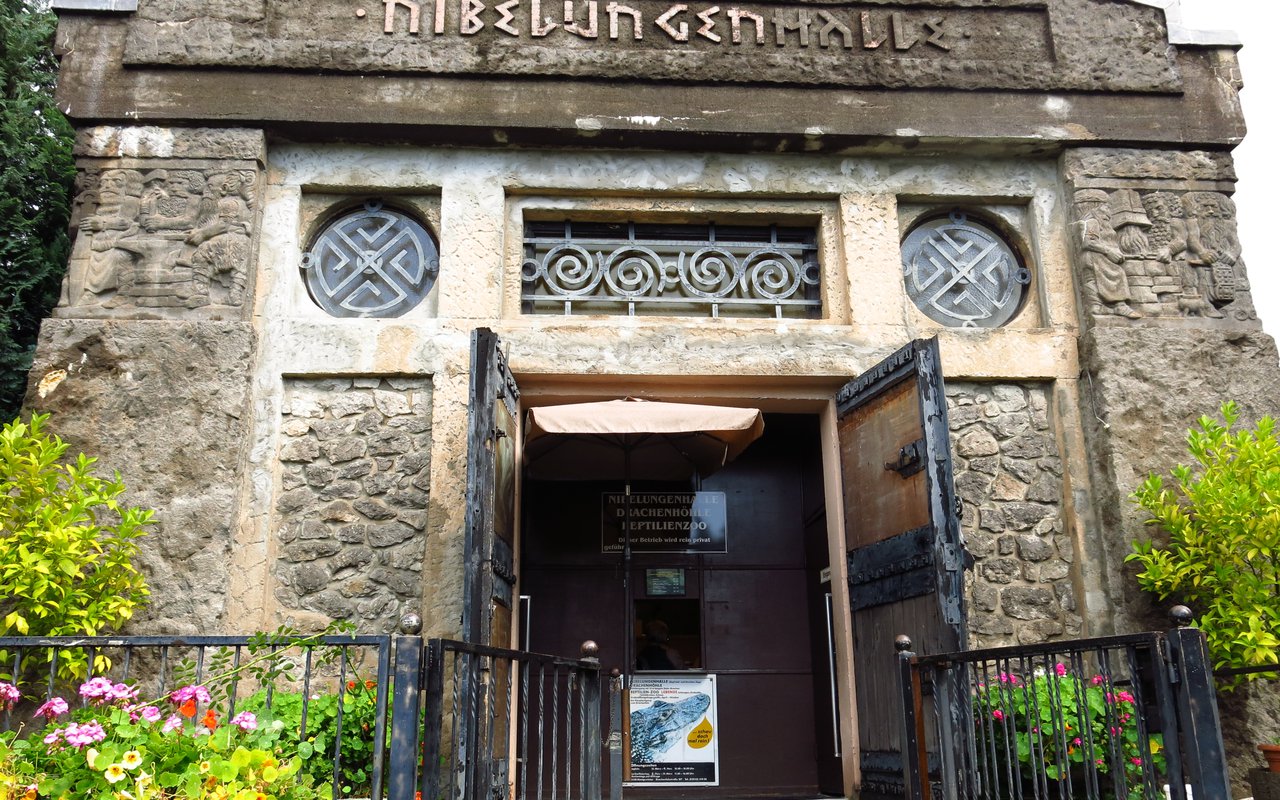 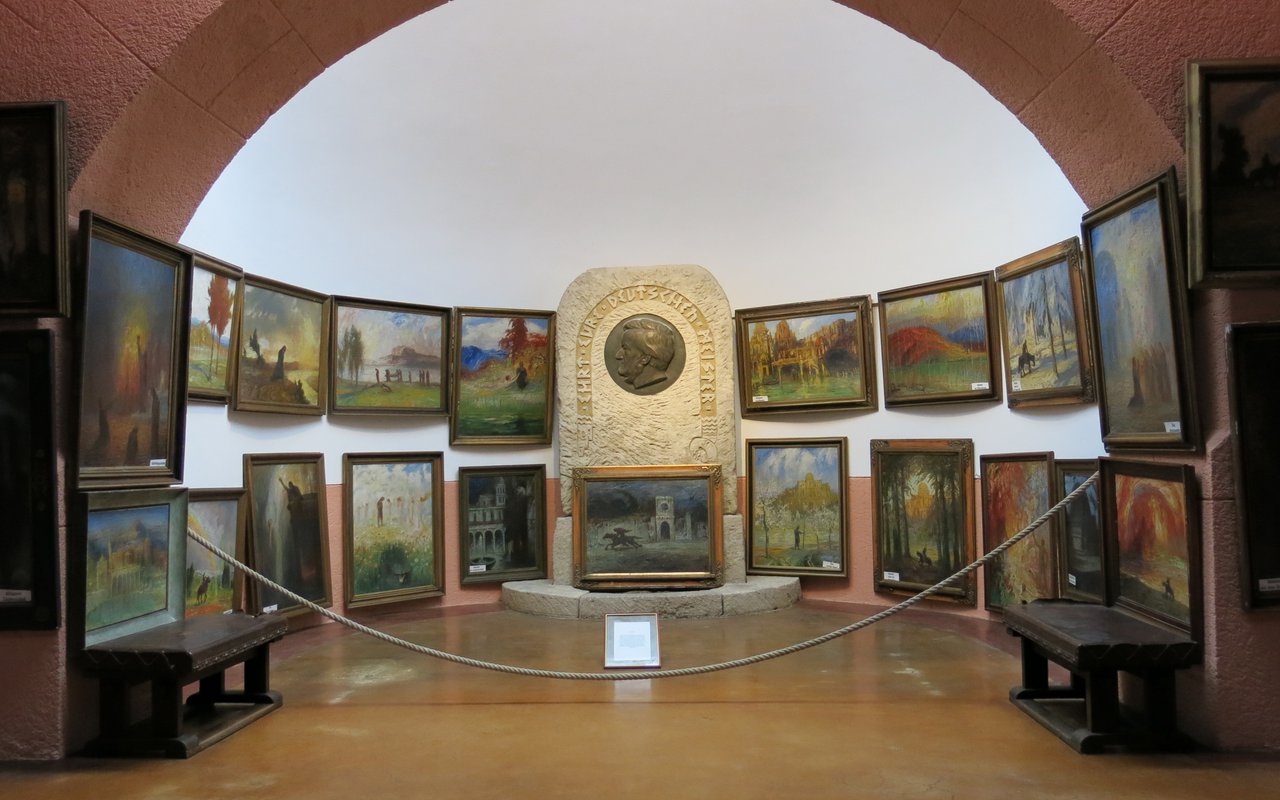 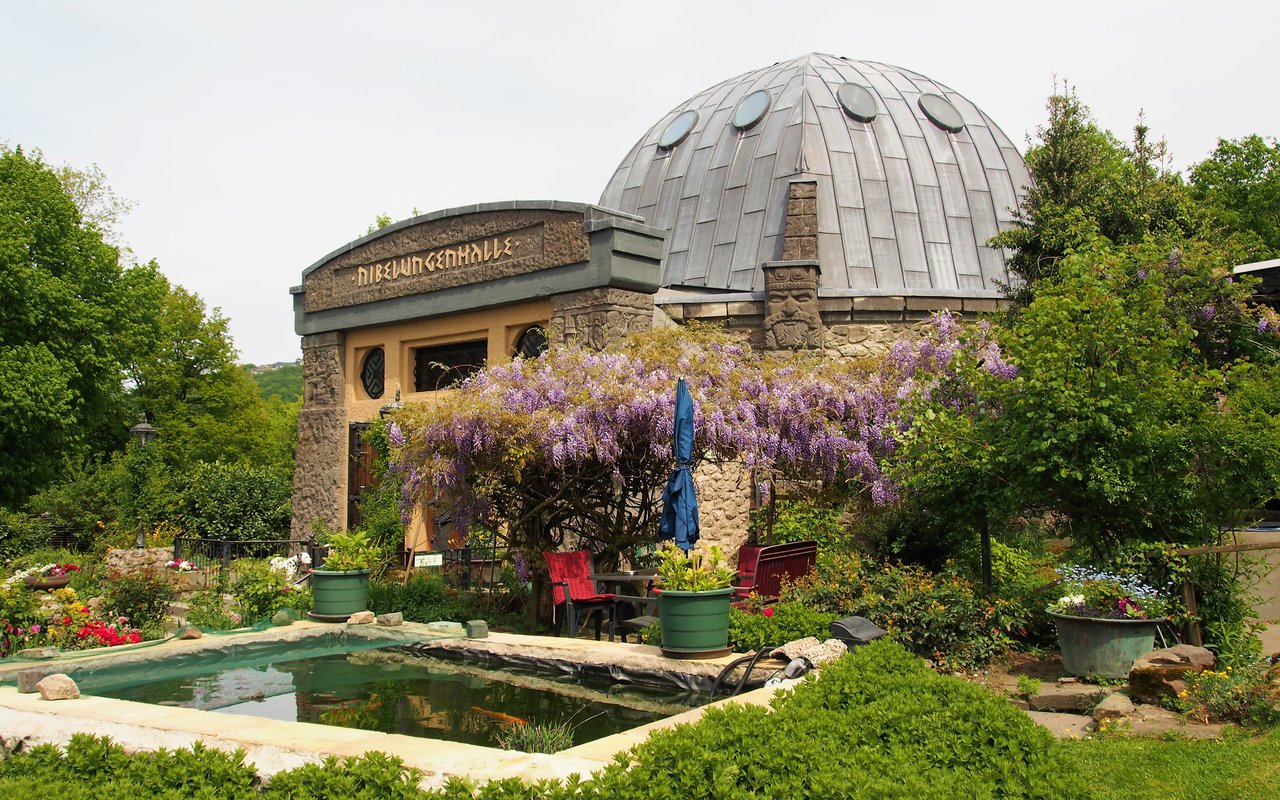 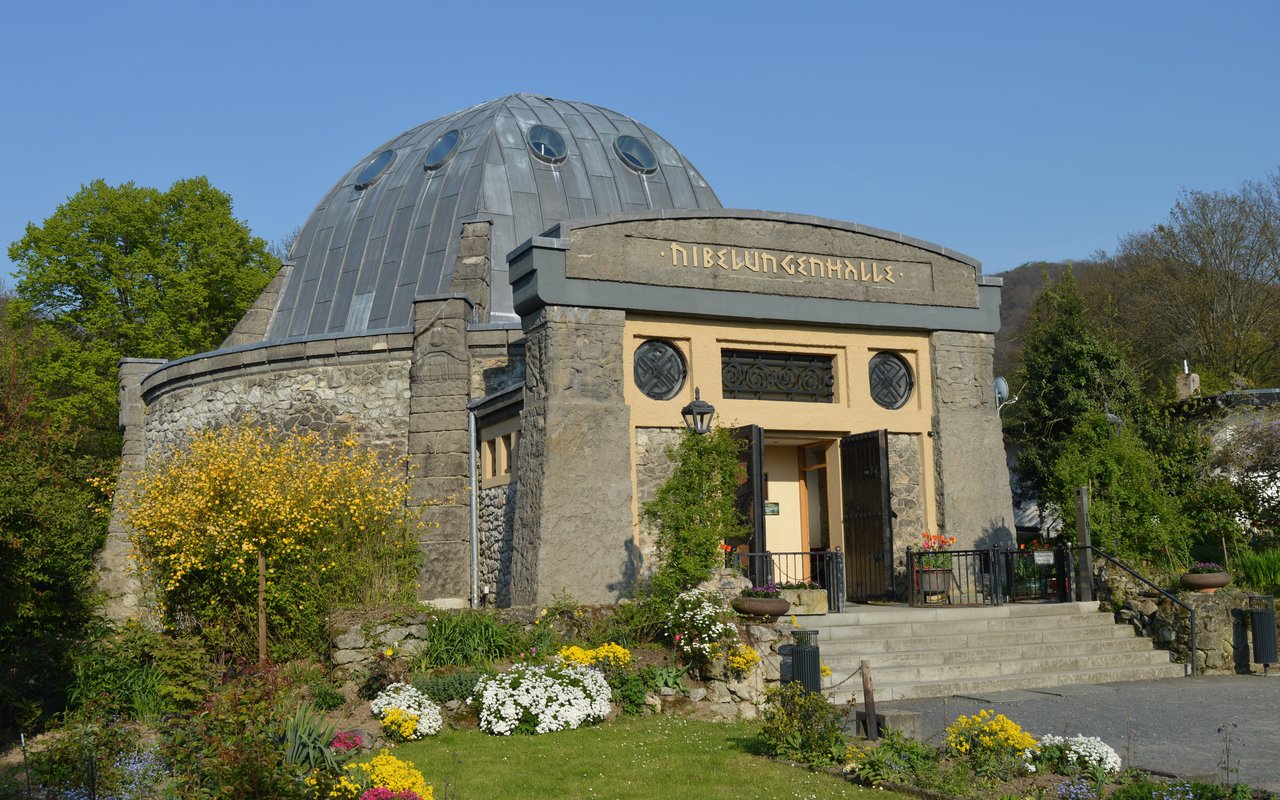