Get a view of Hvítserkur

Hvítserkur, otherwise known as the Troll of Northwest Iceland, is a 15 m (49 ft) tall basalt rock stack protruding from Húnaflói Bay. The rock is a nesting ground for seagulls, shag and fulmar, making it continuously appear in motion, further enforcing the idea that Hvítserkur is, in some way, very much alive.

Hvítserkur is best viewed along the eastern shore of the Vatnsnes Peninsula and takes its name from the birdlife that nests on top of it. In Icelandic, the name translates to "white shirt," a nod to the color of the bird droppings that cover the rock.

You won't be disturbed by the crowd in this place, and that's a real plus... such a great view, the monolith is here, easily accessible by a tiny walk from upper (where a sightseeing point stands) or from below on the black sand beach. There's a pretty little waterfall on the cliff in front of the monolith. You can take Road 711 to get there from Route 1, but it's got a ton of potholes. You can instead take 717 from Route 1; it's shorter and a better road, though it is narrower and has some blind hills - it does make you past Borgarvirki if you take 717. Watch for the Osar building on your left, and then shortly after you'll see the sign to get to the parking lot for this site on your right. 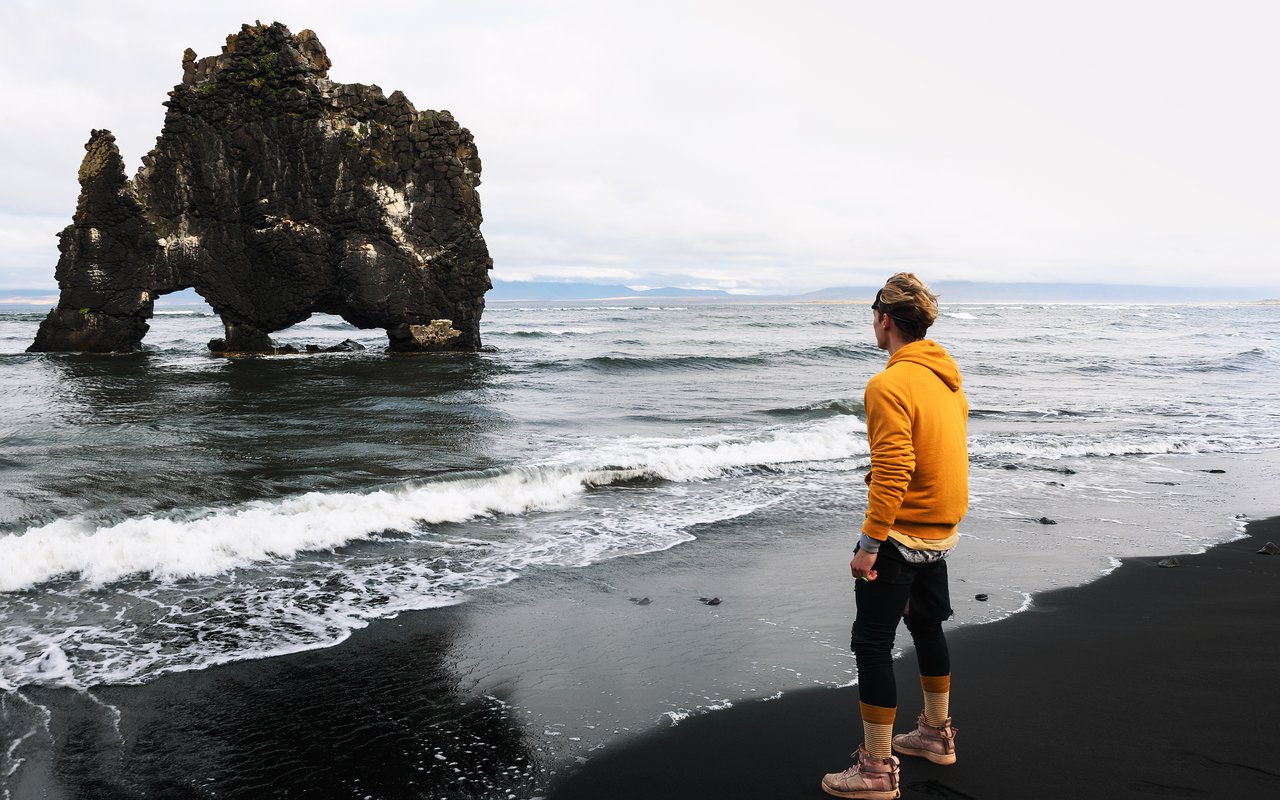 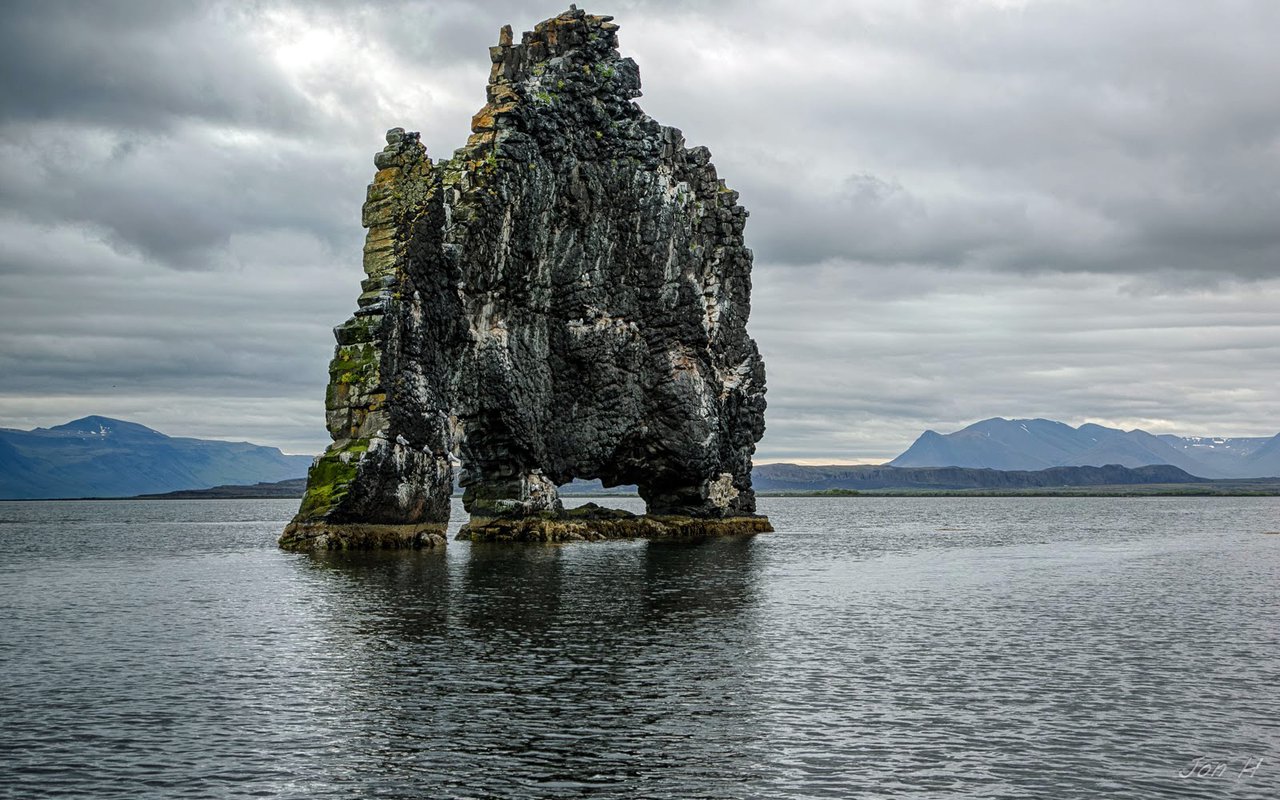 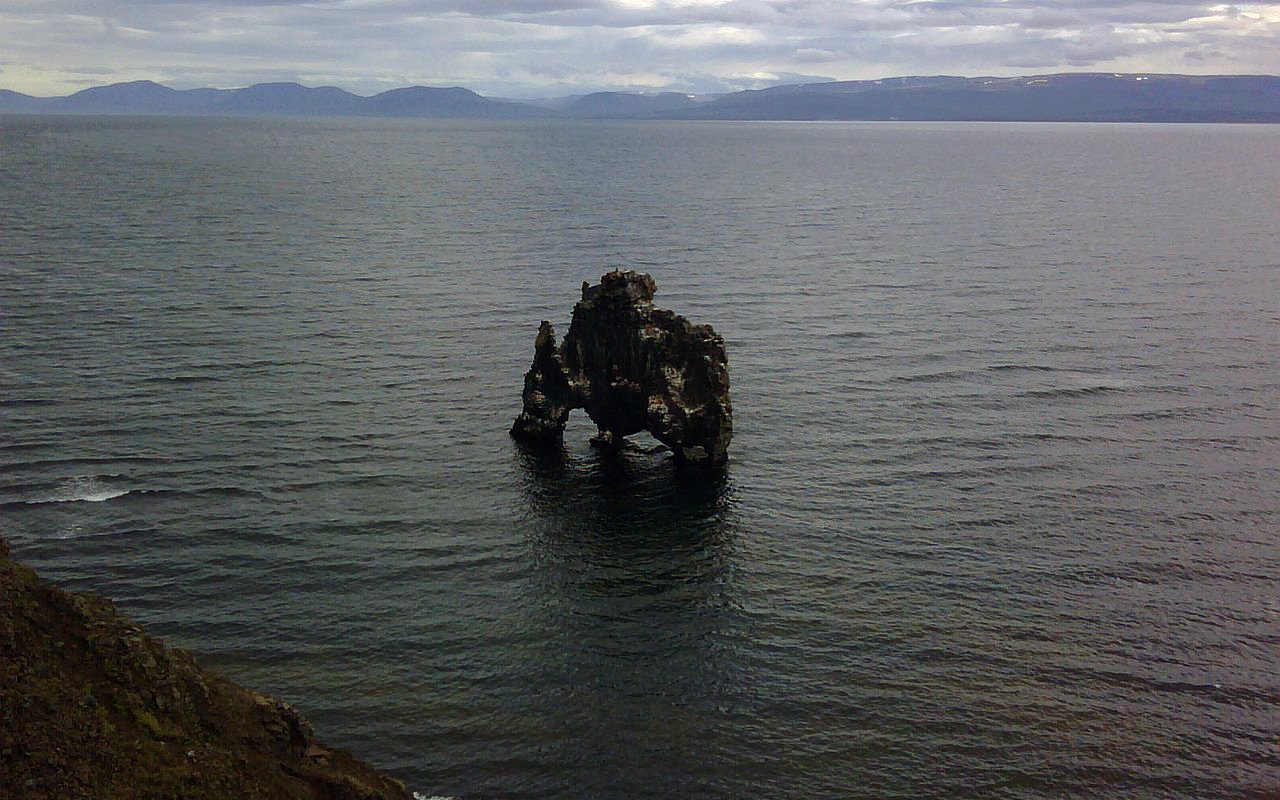 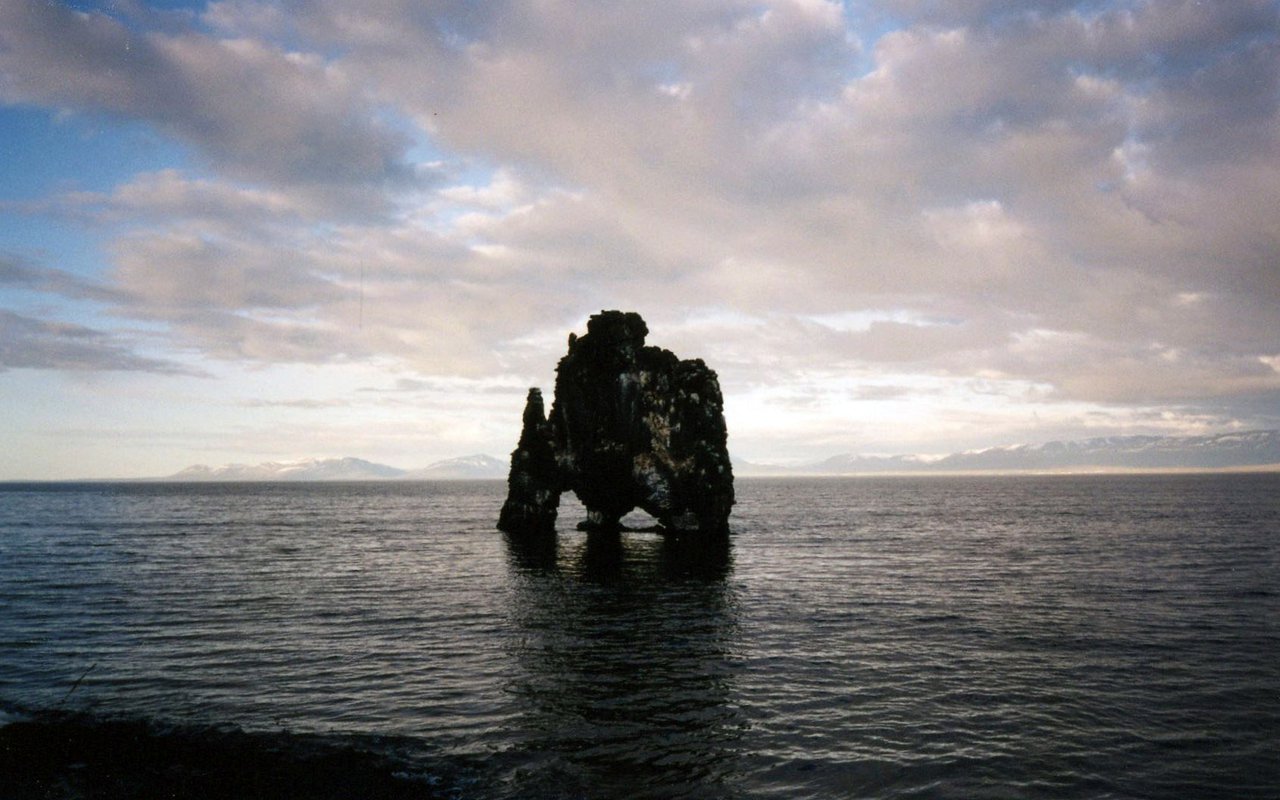 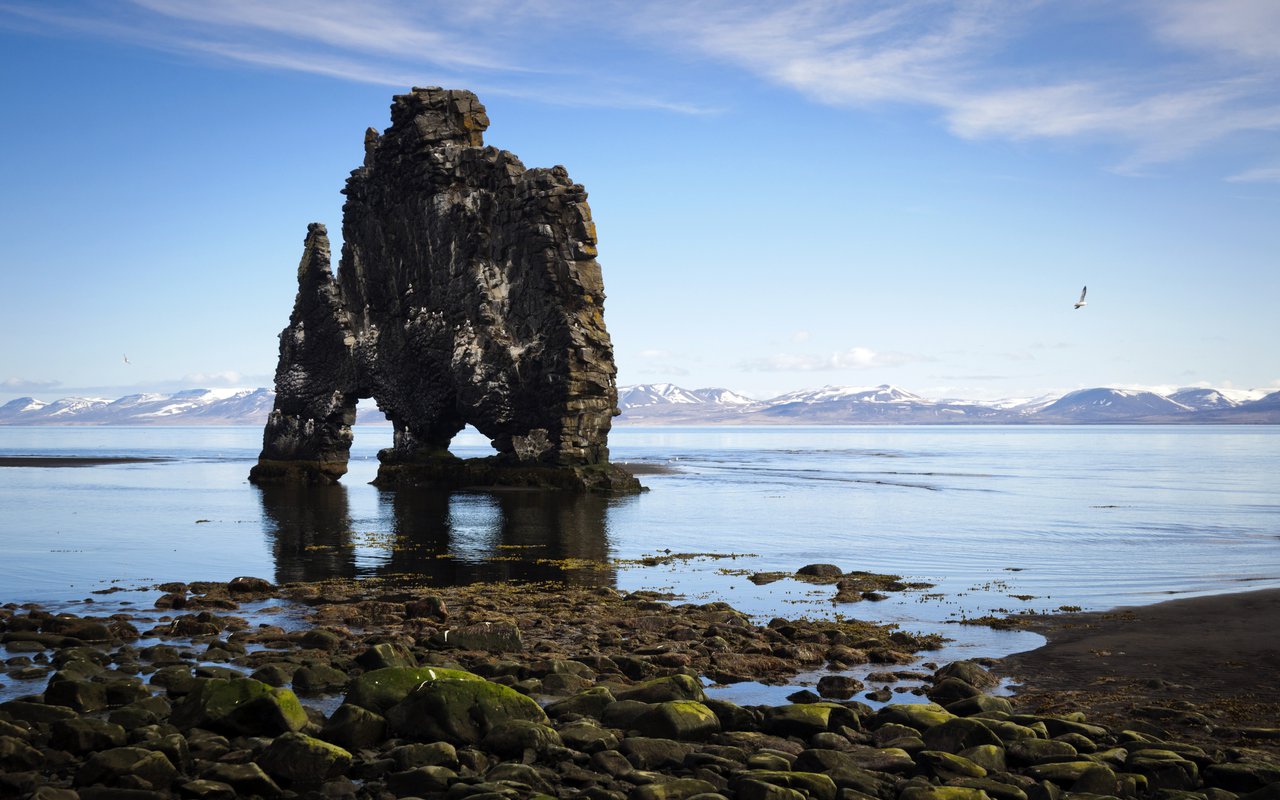