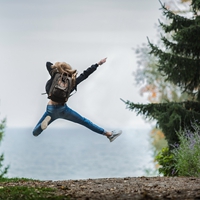 Gwennap Head considered being the very best place in Cornwall to see many marine species including dolphins, porpoises, Basking Shark, Grey Seals, seabirds and even an occasional whale.

There are a pair of cone-shaped navigation markers on Gwennap Head, in line with the Runnel Stone buoy. These are day markers warning vessels of the hazard of the Runnel Stone.

One of Four walks around the South West Coast Path starts from Gwennap Head; however, with as many as seven different loops all leaving from the Porthgwarra car park, there are many possible mix-and-match routes, providing a walk for every occasion! There are cliffs and blowholes, saints and seabirds, theatres and underwater communications systems, all spread around an area of heathland dotted with the relics of the past and fringed with crystal waters lapping on sandy coves.

The Porthcurno, Porthgwarra and Gwennap Head starts at Porthcurno and climbs the cliff to the Minack Theatre with spectacular views over Pedn Vounder. The coast path then forms the route via Porth Chapel and St Levan's Holy Well to the tiny cove of Porthgwarra, now famous for the nude swimming scene in Poldark. The walk continues around Gwennap Head passing the abyss formed by a collapsed cave and coastguard lookout before returning across the fields via St Levan's legendary stone in the churchyard. 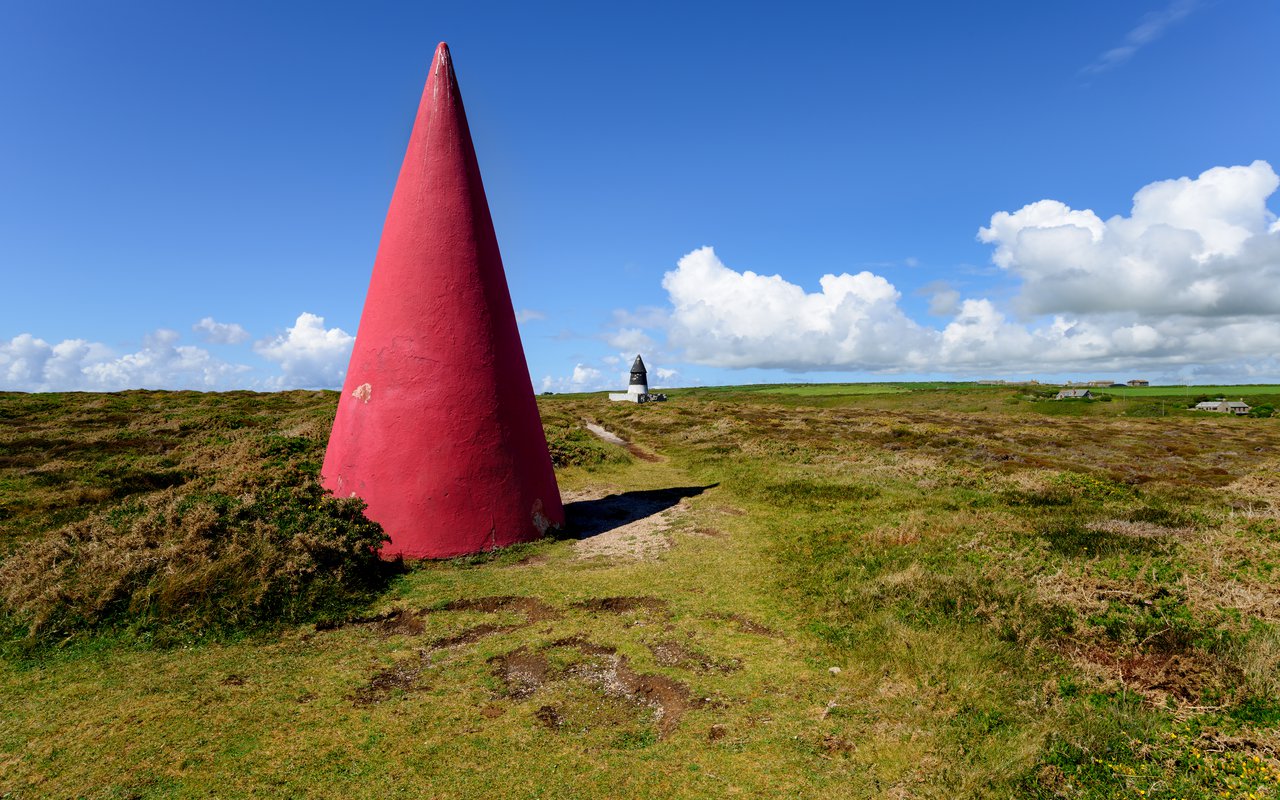 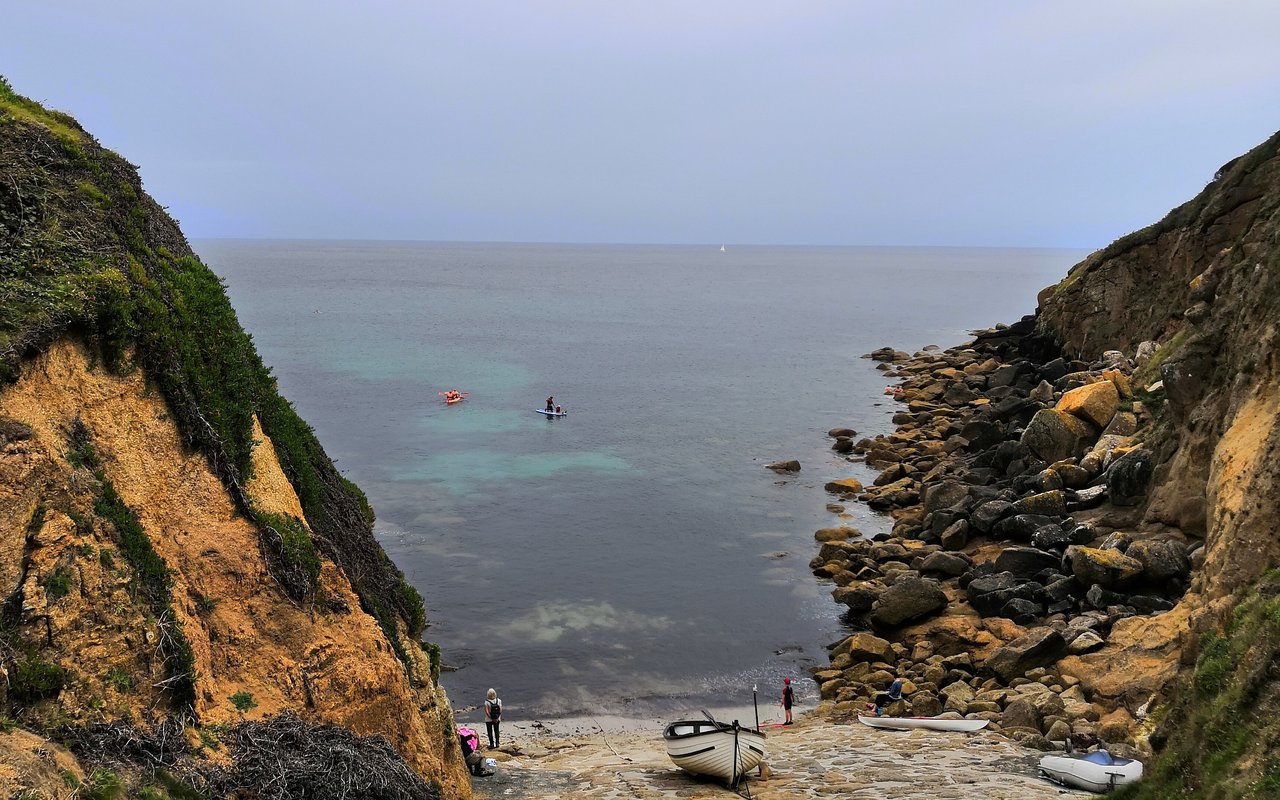 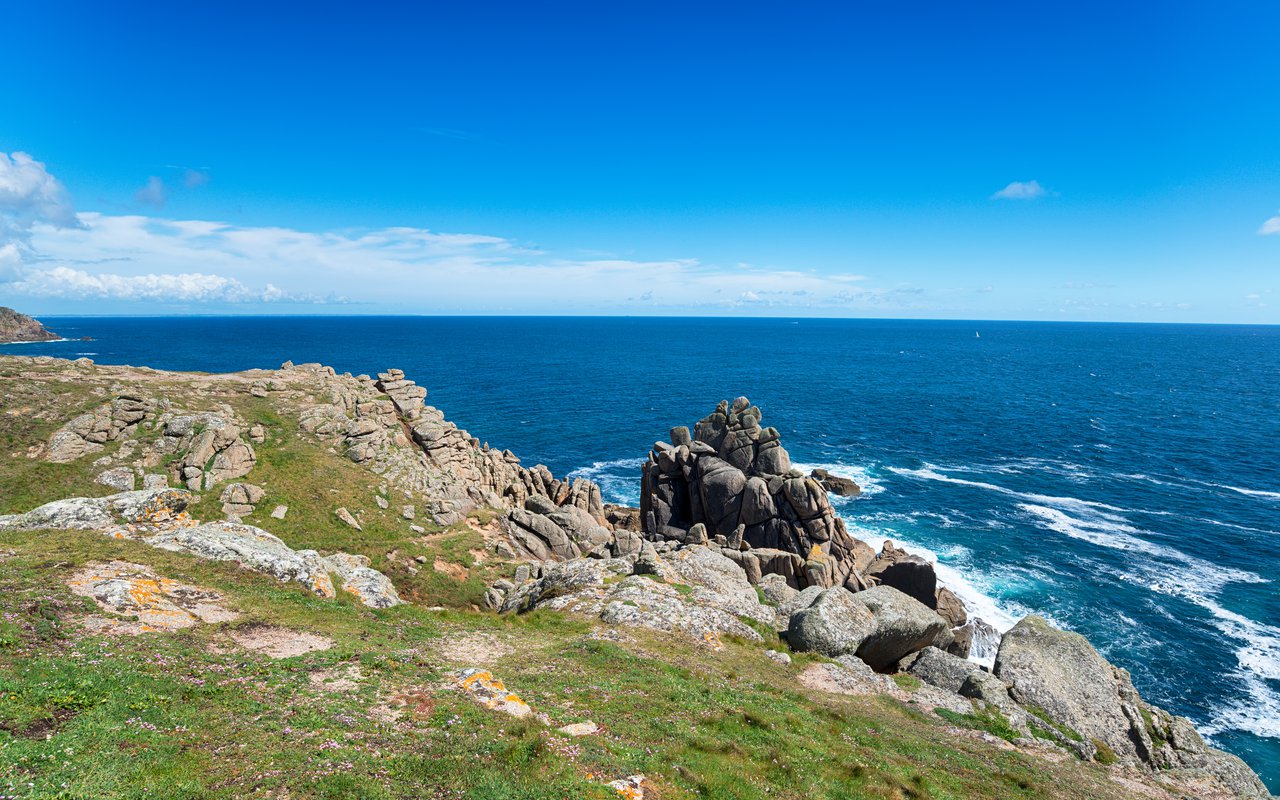 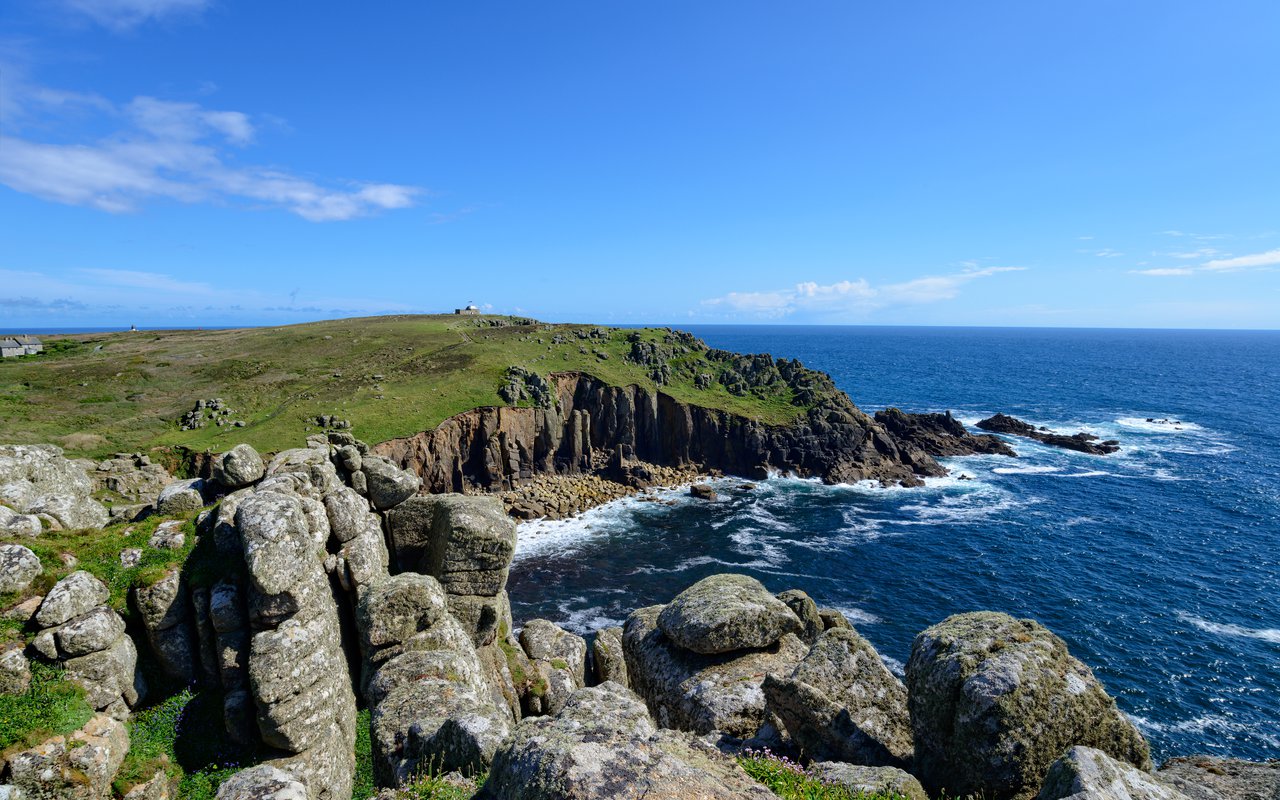