Samrong Kiat Waterfall is set in a lush forest, and forms part of a small national park. Formerly known as Pisad Waterfalls, or ‘Devil’ Waterfalls, it is 8 meters high and nestles with the surrounding flora and fauna encroaching to give the waterfall a truly jungle feel.

Sitting just outside of the village of Samrong Kiat, the waterfall was originally known as the Devil Waterfalls because of its setting in the forest. The falls are not in the most devilish setting, but local lore suggest sthat there was great danger at the waterfall and thus the name was given. In 1981, after the national park service built the facilities which are still well maintained at the site, the name was changed to honor the local village.

The waterfalls are part of a river running through the national park. A quick hike up the river leads you to the layered waterfalls, with water falling 8 meters at it highest point.

During the rainy season, the falls are in their full glory. The area is a well-known picnic site and you will see many locals out with their families enjoying swimming in the river or eating in the surrounding gardens. However, in the dry season (December to March), the waterfall slows to a trickle and the place becomes less popular.

The waterfall does have a unique, and mostly unknown, history. In the late 1970s and early 1980s, the area played host to the Khymer Rouge, the violent Maoist army fighting for control of Cambodia. The Khymer Rouge had fled to the area after being removed from power in Phnom Penh. The dense jungle and the Dongrek Mountain Range offered ample cover and protection. The Siamrong Kiat Waterfall area offered a base from which the Khymer Rouge could operate without hindrance from Cambodian military units.

Getting here could be quite challenging, but not impossible. Located on the southern end of Khun Han, the best plan is to head for the provincial capital, Sisaket. Then take a local bus to Khun Han. Once in Khun han, you can get a motorcycle taxi or tuk tuk to the waterfalls, which are about 5km from the center of town. 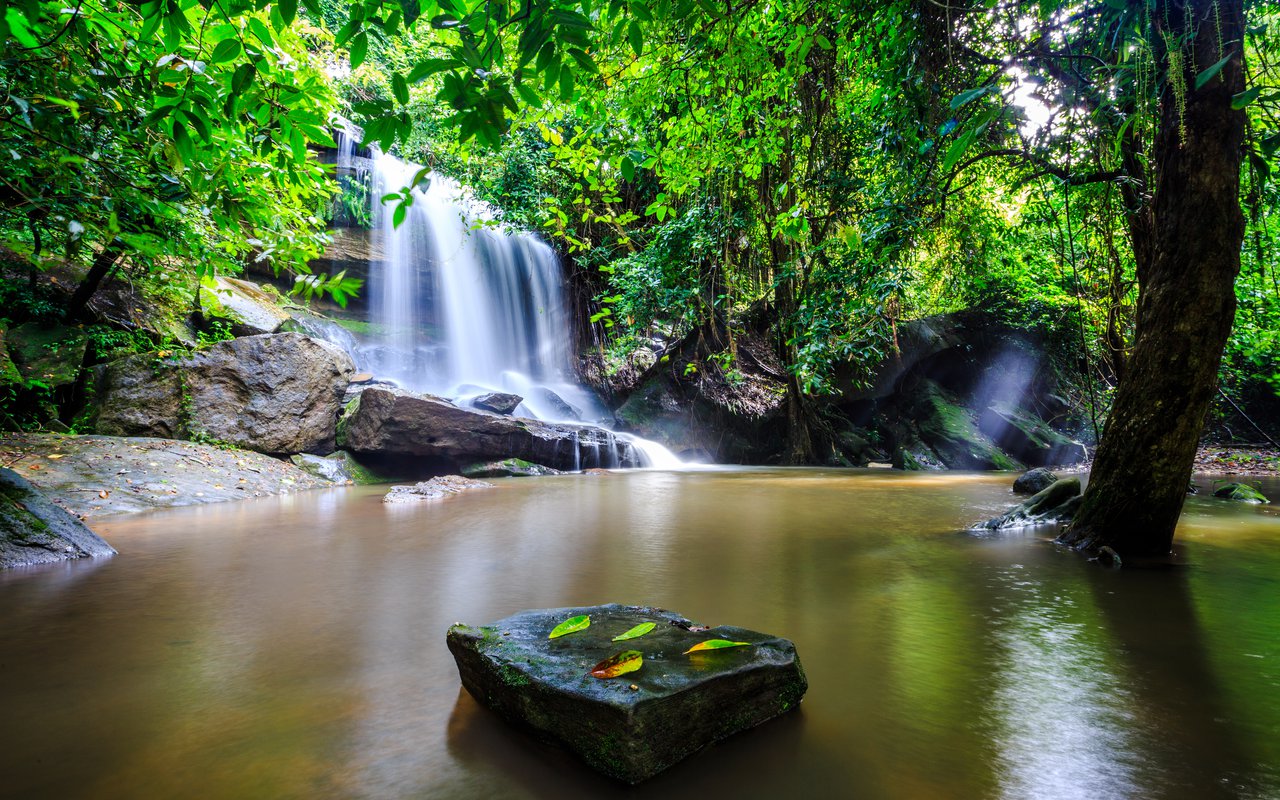 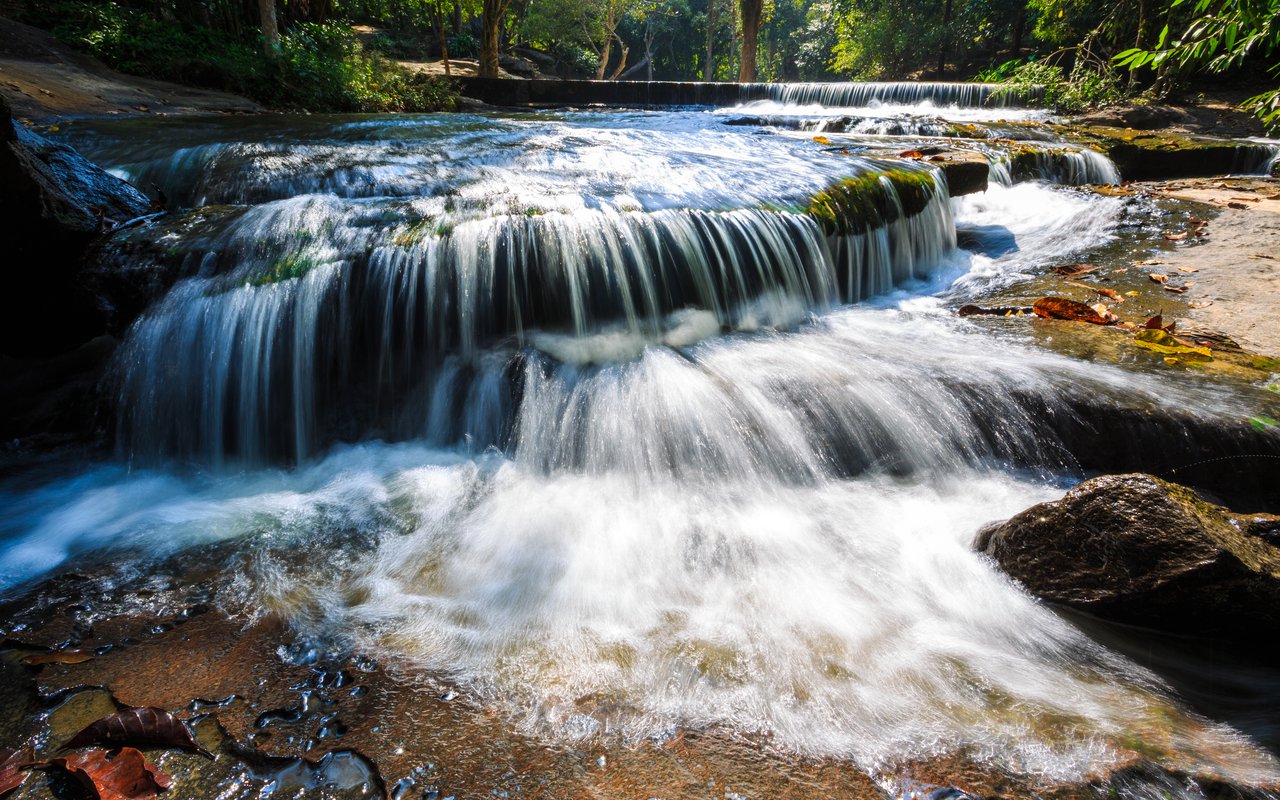 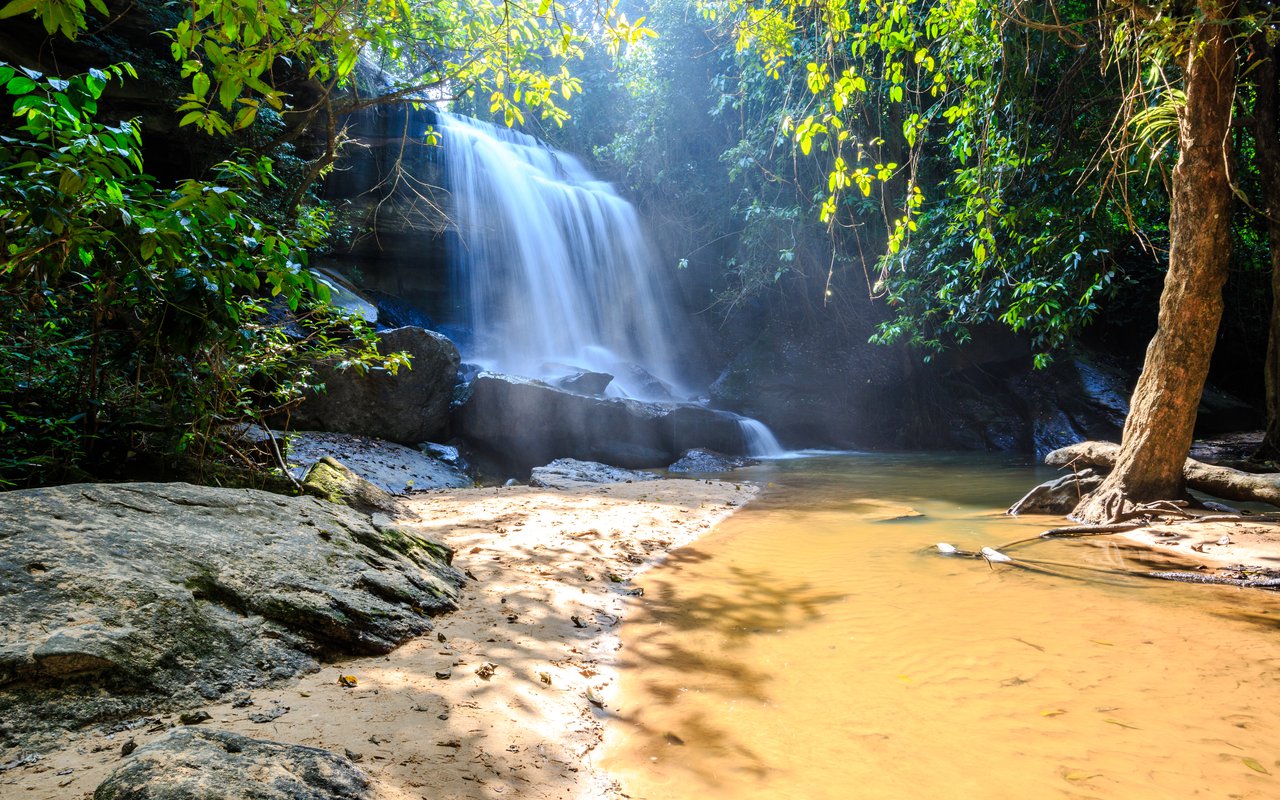