The alley is named after the German merchant Mårten Traubtzich, who immigrated to Sweden in the late 16th century. He then bought the houses at the alley in 1597 and 1599. Trotzig became one of the city's most affluent inhabitants. He traded with iron and copper, ran a market booth and an inn. His life ended dramatically on a business trip to Dalarna, a region north of Stockholm, in March 1617 he was attacked and killed. Known to be the narrowest in Gamla stan, only 90 centimeters in some places. It is also the only preserved step lane in Gamla stan. Nearly around 36 steps bond together Västerlånggatan and Prästgatan, and this possibly is the place where the variances of altitude on the island become most evident. A very good and convenient starting point is at the Locks (Slussen) to which there are several connections to underground or busses. Here we have a wonderful view of both Lake Mälaren as well as the Baltic Ocean. Inhale the sea air and understand that this is a view that very few cities in the world could offer a tourist's imagination. We also have a very good view of the skyline of the South Hills and the Old Town. Entering the alley from the south proceeding towards the north end of the alley we take some time to study the beautiful architecture of the buildings from the 1500s, to obtain a better understanding for the living conditions for people in the past living so close to each other without modern amenities like, electricity, running water, sanitation etc. 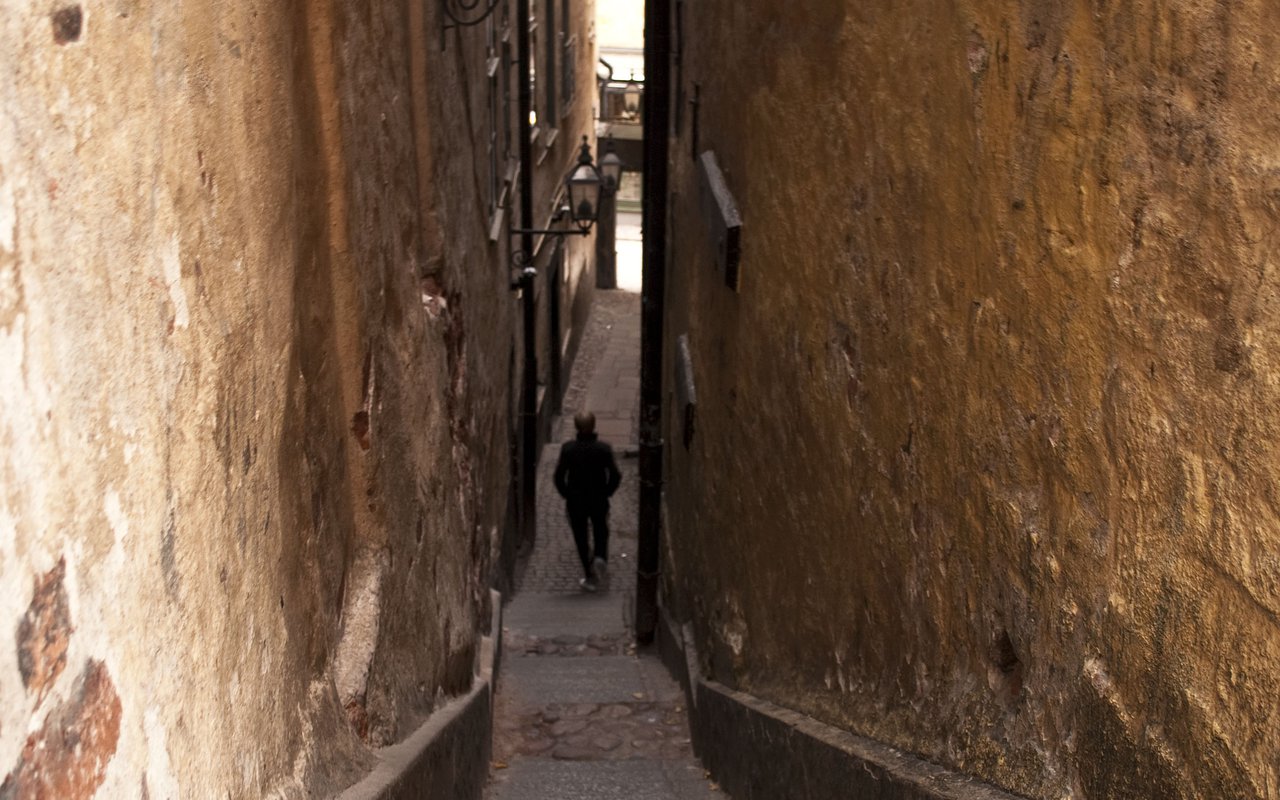 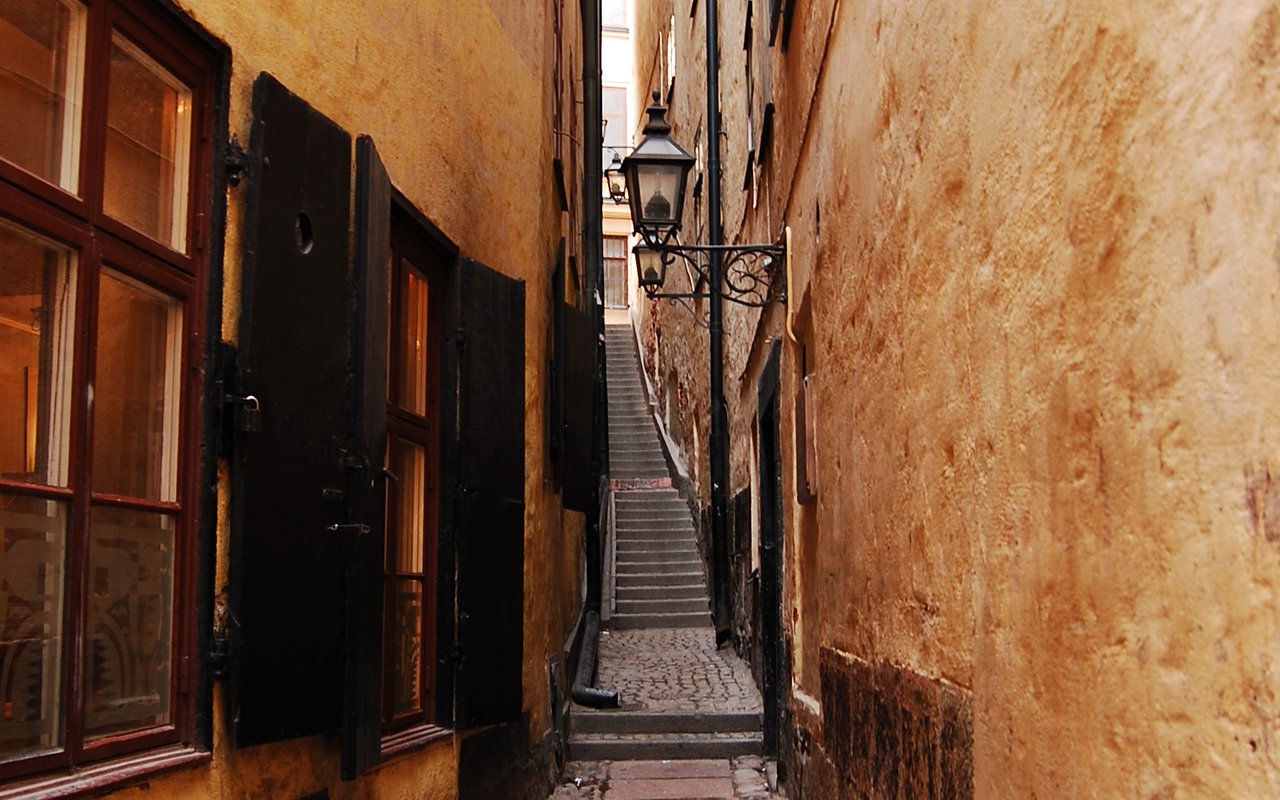 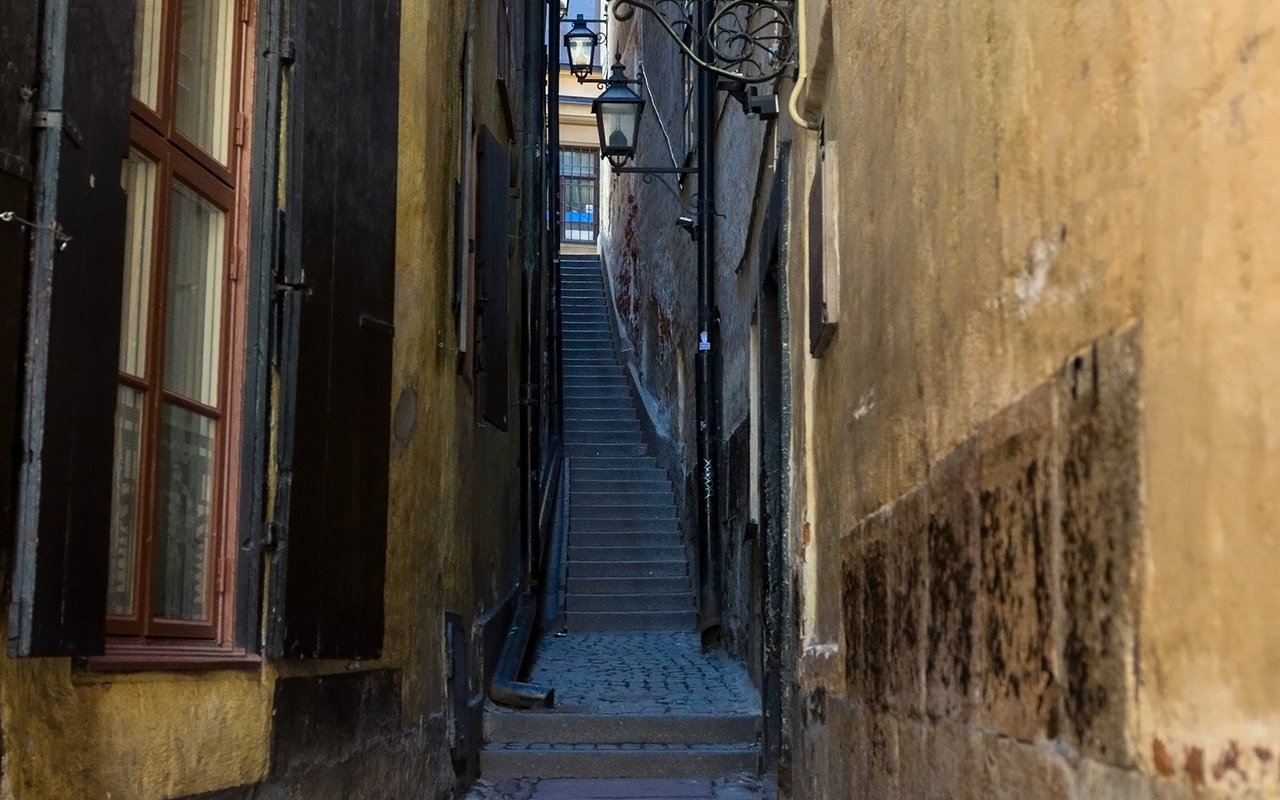 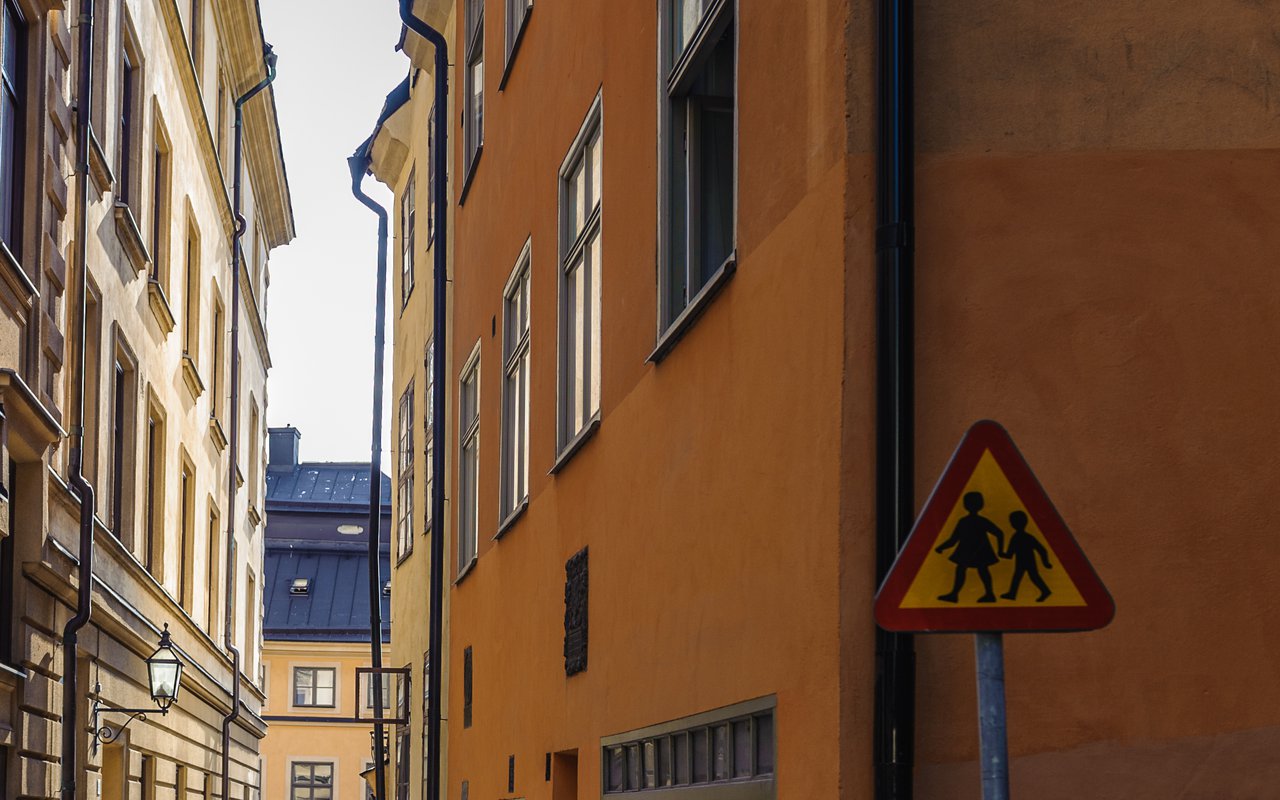 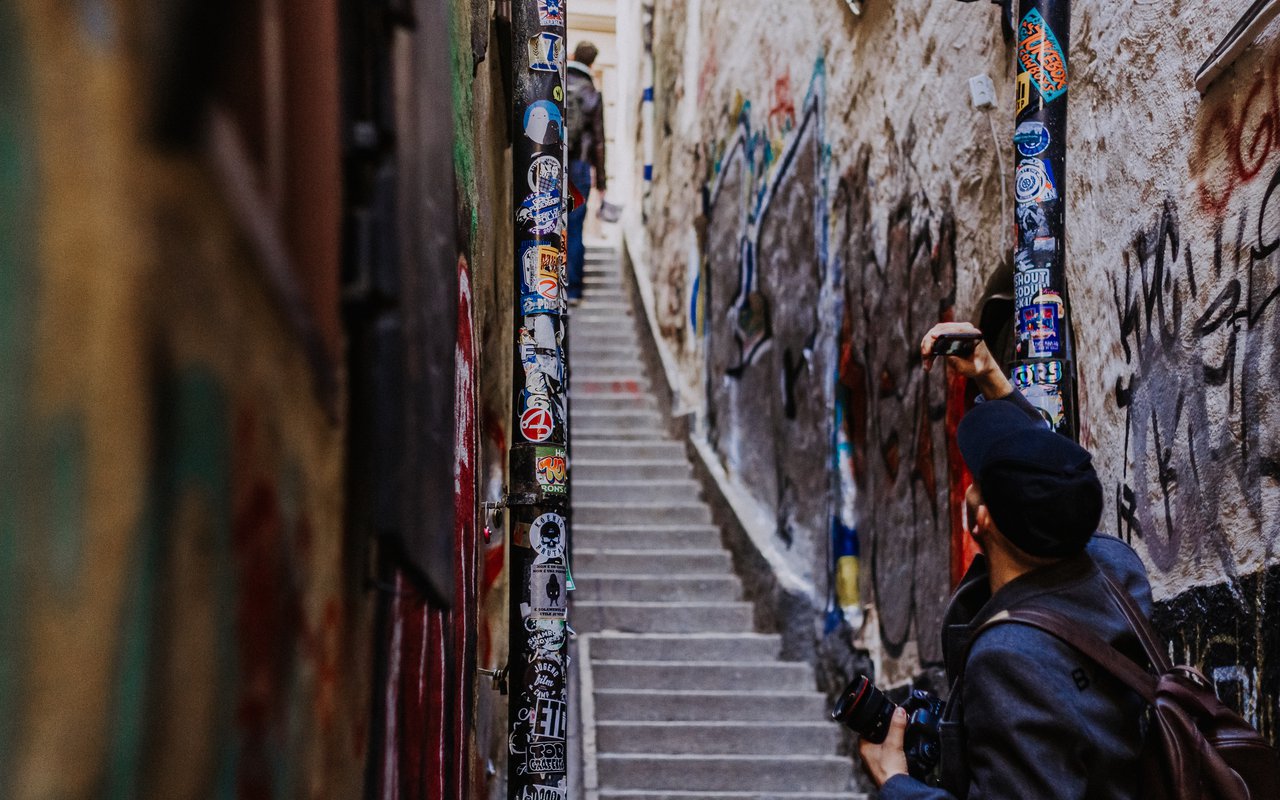