This church dates back to the 5th century AD, although there remain very few parts of the original early church, except for the bell tower of the 9th century. Over the years, it has been extensively modified. With the exception of one incredible feature, a flooded crypt, the church's interior is very plain and unremarkable. This church is made by subsidence like most other churches in Ravenna. The church's subsidence refers to the ancient past of Ravenna as the capital of the Western Roman Empire. Like Rome, the ground level has been elevated several times over time, and below ground level lie treasures of ancient history. This church's original floor level is now 3.6 m below street level. As a result, water fills the crypt. The advantage of this is that the ancient mosaics on the crypt floor are preserved and when the crypt is illuminated you can see them through the water. For his association with Dante Alighieri, many people visit this church. Close to the church is his tomb and memorial. Dante lived his final years in Ravenna and his funeral took place in this church when he died here in 1321. Under one of the side arches in the church was the first sarcophagus containing his remains. Our guide told us that the Franciscans were so concerned about bomb damage during the Second World War that they secretly removed his remains and buried them for safe keeping in the adjacent monastery grounds. While many Italian cities claim to have at least a part of him, it seems that his remains are now resting in his tomb, a rather grand memorial next to the church and widely reviewed on this site. To illuminate the crypt, you will have to pay 50c Euro, but it's worth it. Without illumination, you can view the crypt for free, but you won't see the mosaic effect. The kids love to spot the big goldfish swimming around the crypt (obviously not a church original feature!). Otherwise, entering is free. 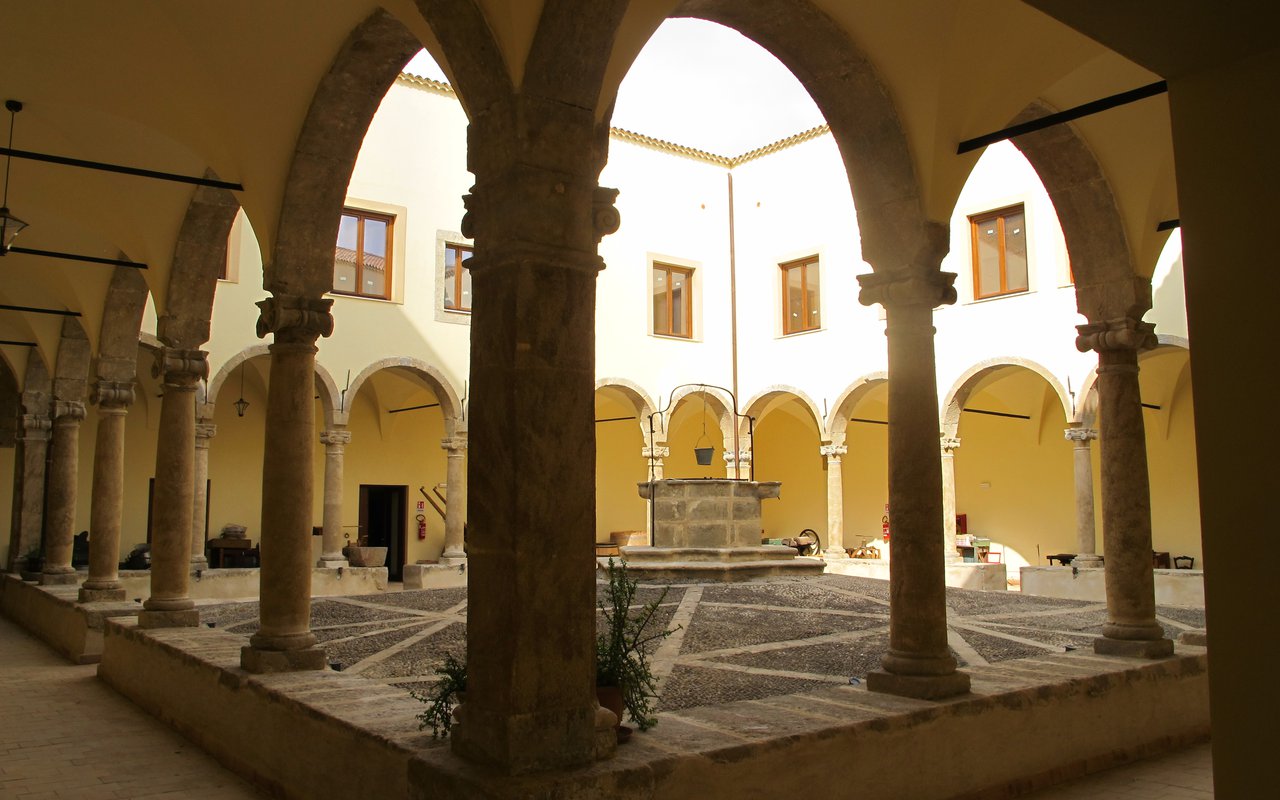 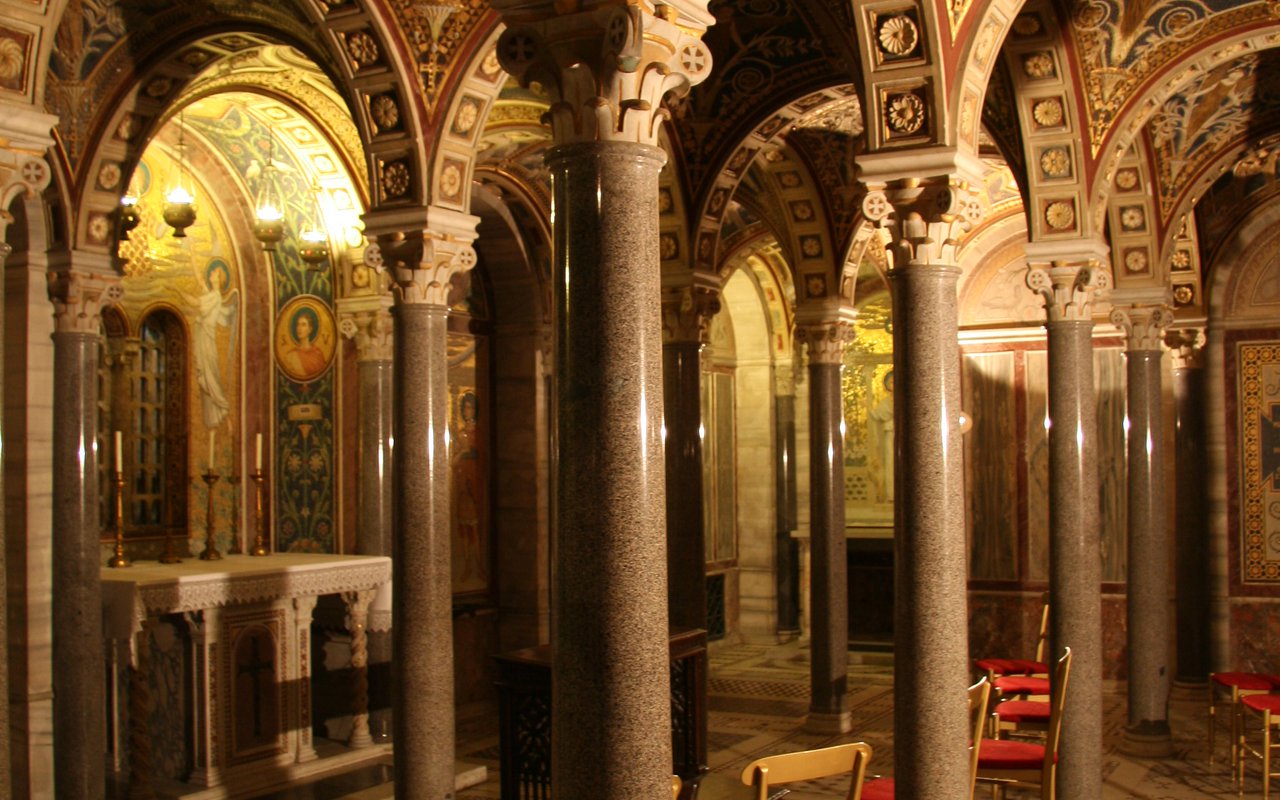 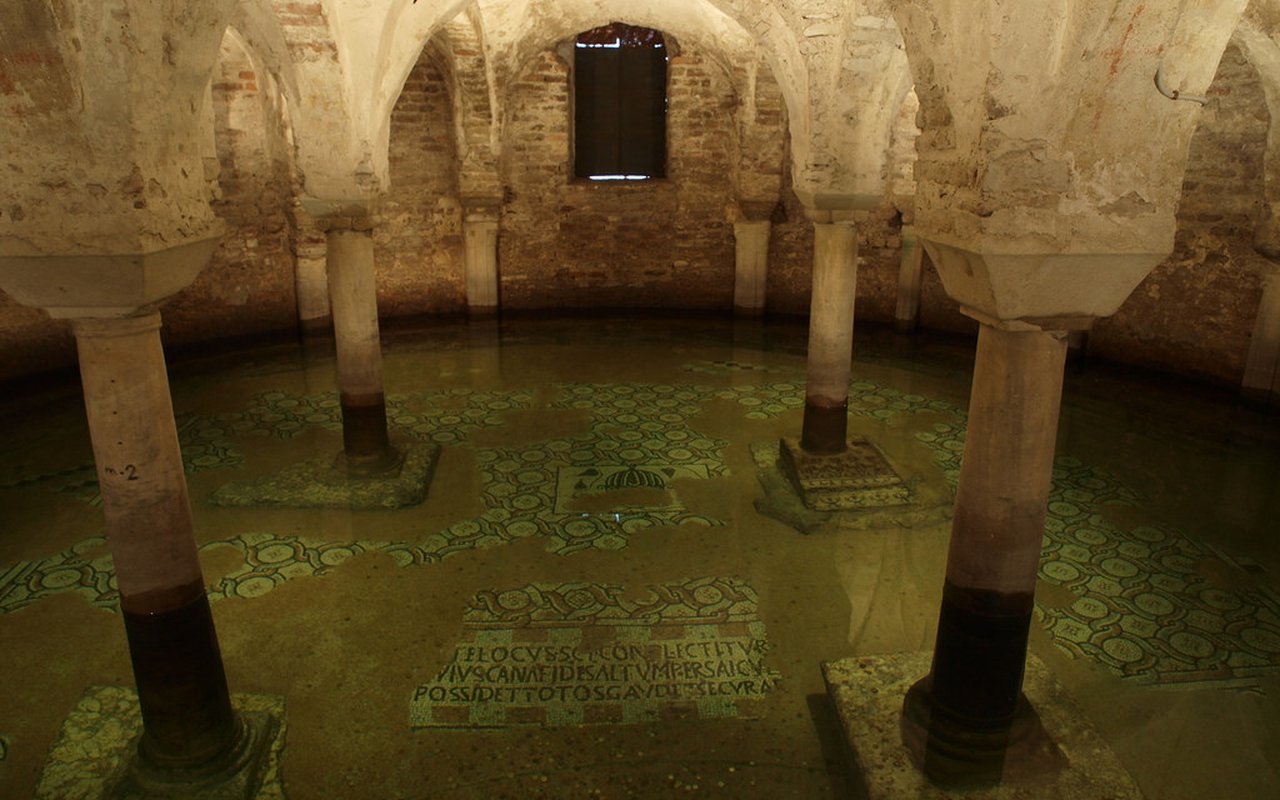