Over the decades the flat expanse of the Haarlemmermeer polder became one of the most densely populated areas of the country, and the noise produced by the airport became an annoying problem for the residents.

This type of noise, called ground-level noise, propagates across the flat and featureless Haarlemmermeer landscape that has nothing in between—no hills, no valleys— to disrupt the path of the sound waves.

In 2008, after a failed attempt to control noise, the Schiphol Airport officials discovered that after the arable land between the runway and the surrounding settlements were plowed, the noise dropped.

So Paul De Kort dug a series of hedges and ditches on the southwest of the airport, just past the edge of the runway.

Paul De Kort drew on the experiences of an 18th-century German physicist and musician named Ernst Chladni, whose research into the physics of sound laid the groundwork for modern acoustic science.

Park Buitenschot is linked to the bicycle and pedestrian network of Hoofddorp and adopts a bicycle path that had already been constructed.

A cut-off has been made through the pattern of ridges, levees, and ditches, giving the cyclers a very different perspective on the park.

This park is a place for all the senses, bird twitter varies with jet noise, kerosene smell can’t dominate the scented flowers and the fresh-cut grass, a complex and beautiful structure unfolds for the eyes of the pedestrian and the tactile element is present in the models for the blind. 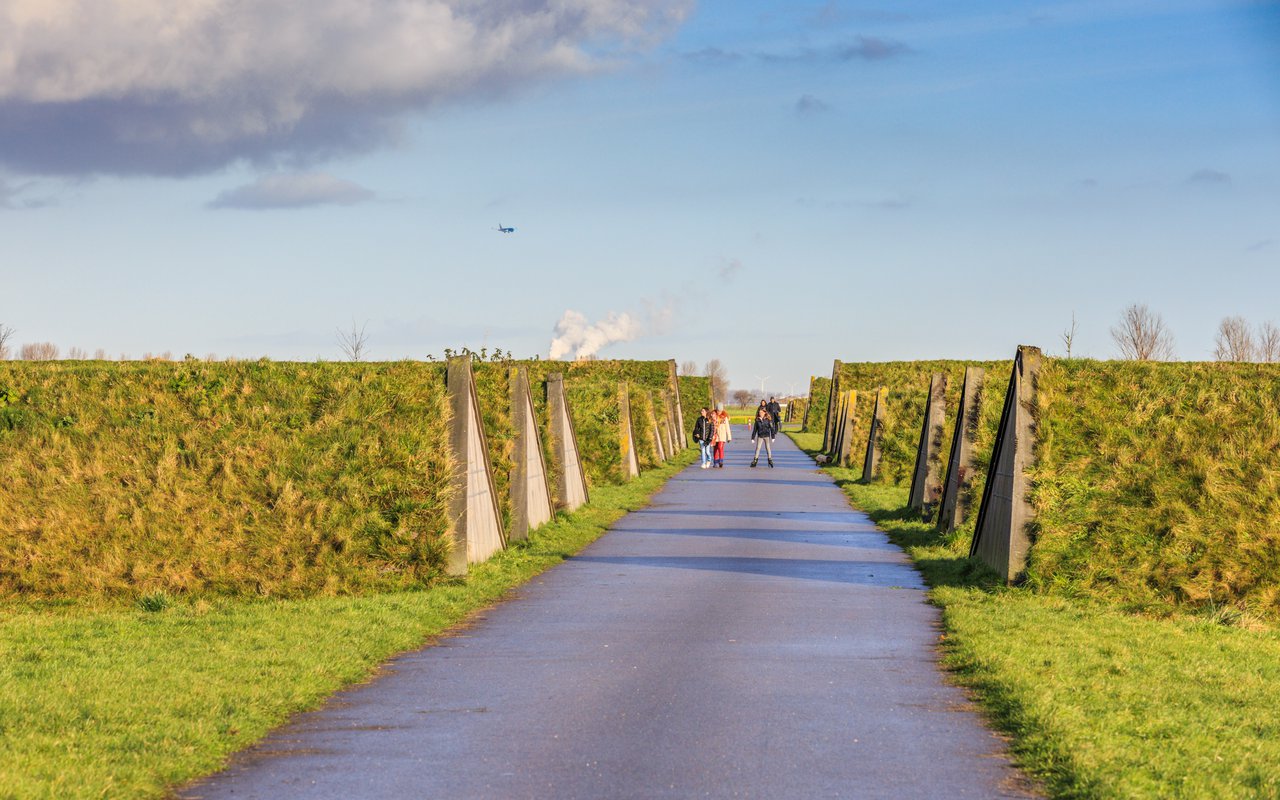 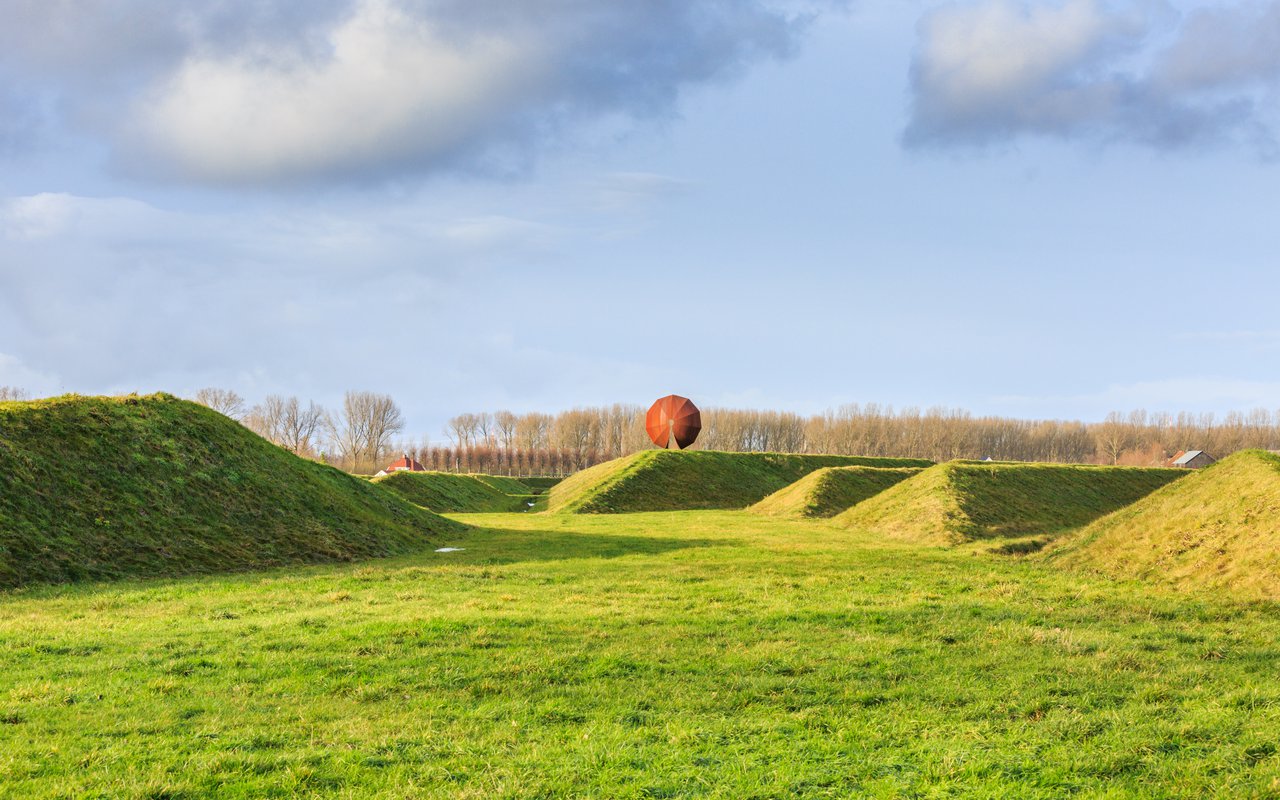 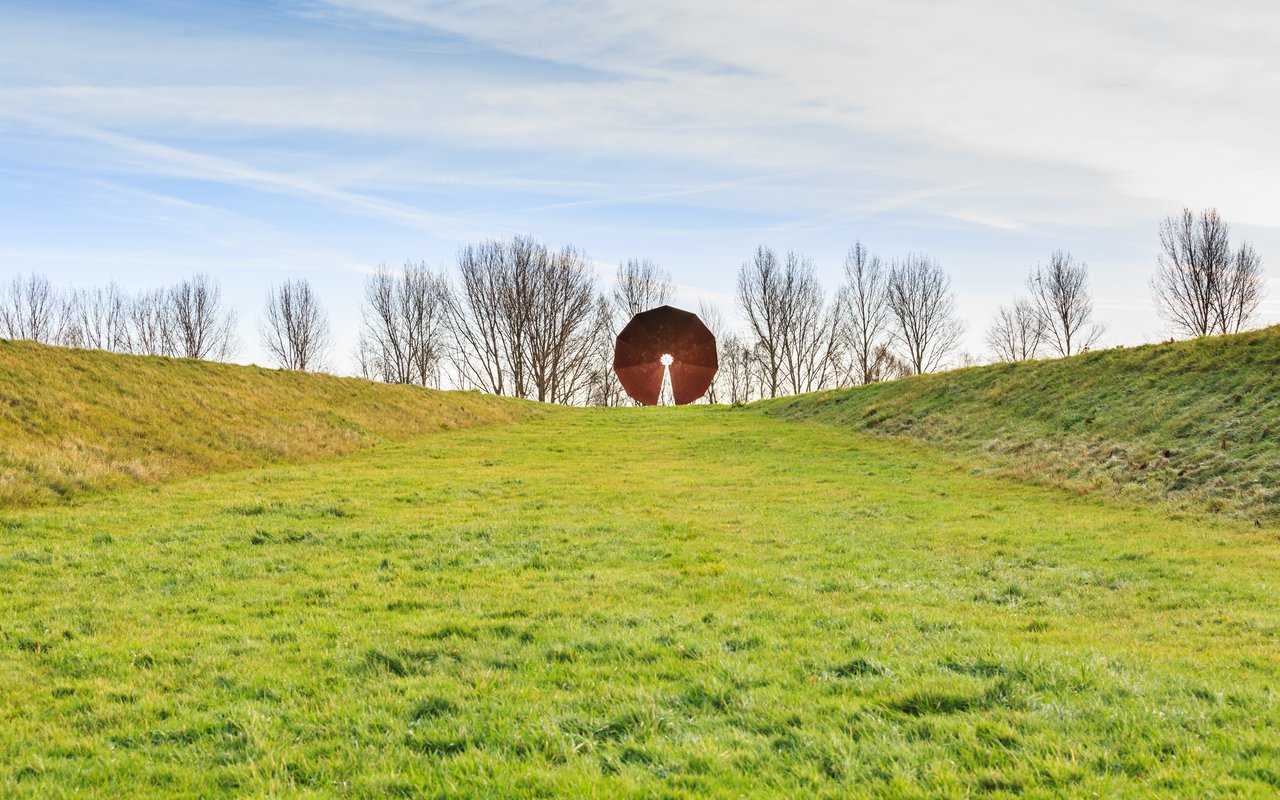 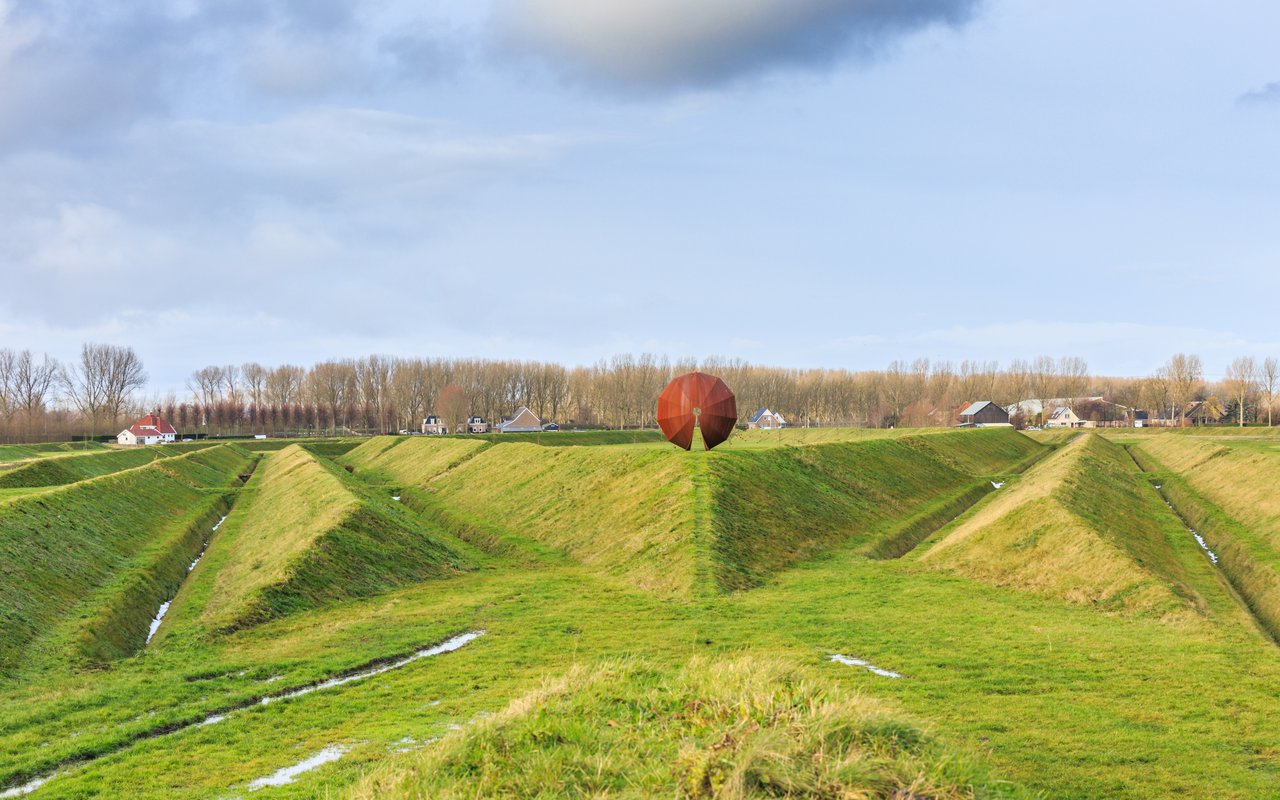